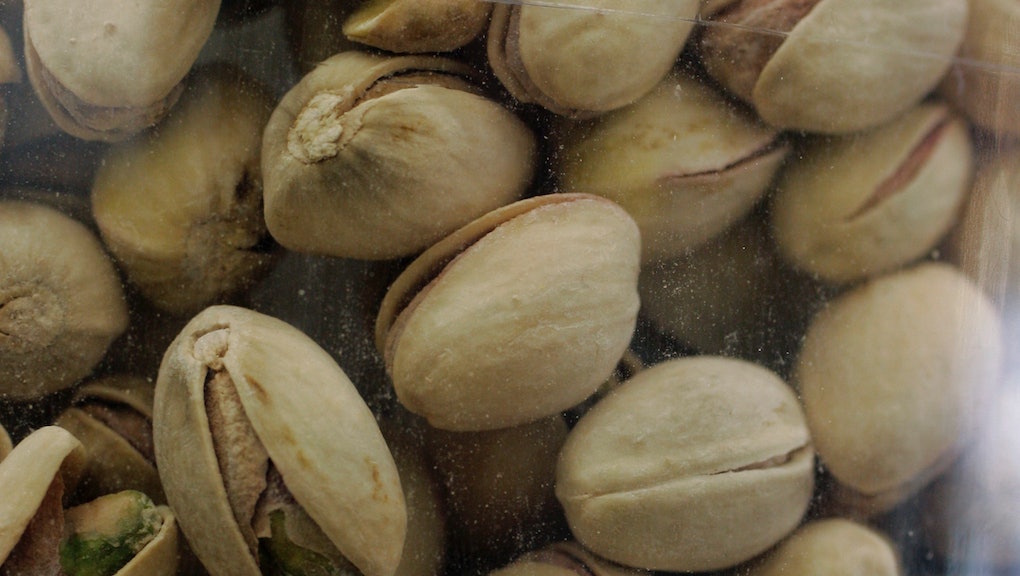 The news: A 30-year Harvard study which tracked 119,000 men and women have found that those who ate nuts on a daily basis were 20% less likely to die than those who never ate nuts.

Heart disease death risk dropped by 29% and the risk of dying of cancer dropped by 11% among people who ate nuts seven or more times a week.

Every nut studied — peanuts, pistachios, almonds, walnuts, and other tree nuts — was found to produce similar effects, and researchers did not examine whether the nuts were oiled, salted, raw, roasted, or any other type of preparatory information.

Nut eaters were even thinner, according to Dr. Ying Bao of Brigham and Women's Hospital in Boston, which undertook the study. "There's a general perception that if you eat more nuts you're going to get fat. Our results show the opposite."

Does this mean that eating nuts lets me live forever? No. Death beckons to us all as the final void of our wretched, mortal lives, and all our triumphs of medicine and diet are futile attempts to stave off the inevitable.

Additionally, diet studies are notoriously difficult to extract meaningful clinical information from, and can only suggest a correlation rather than cause-or-effect. For example, people who eat nuts on a regular basis may have eaten them on salads, or be more likely to be vegetarian or vegan (another study in JAMA Internal Medicine found that vegetarians had a 12% lower death risk and 19% lower death rate from heart disease than meat-eaters).

The nut eaters were also generally healthier in other ways, such as weighing less, exercising more, and being less likely to smoke. But even after factoring in weight, exercise, and tobacco use into account, the nuts were found to have a strong correlation with better health.

Bao says she is "very confident" that nuts are the causative factor in the reduced chance of death, saying that they did "very sophisticated" analyses to rule out other factors.