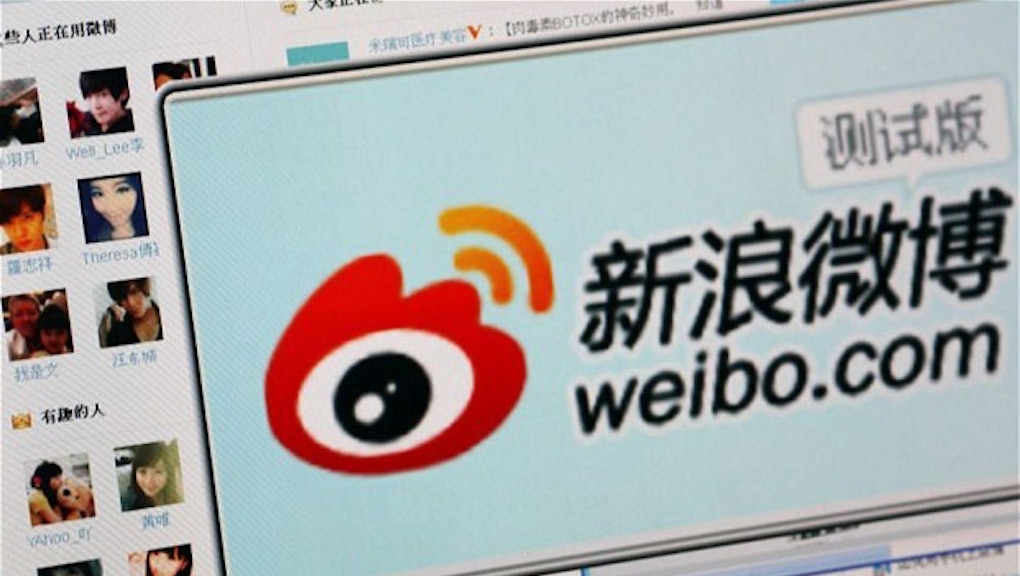 10 Everyday Words That Get Censored on China's Largest Social Network

One of the harsh realities of modern China is the Great Firewall, which heavily restricts access to Internet content deemed not to be in the interest of the Chinese Communist Party. Also known as the Golden Shield Project, this censorship and surveillance initiative was started in 2003 by China's Ministry of Public Security. The censorship is most noticeable on Weibo, China’s main social media site, equivalent to Facebook.

Civil and human rights activists have been raising awareness on the harm of China's censorship and surveillance for years. Various individuals inside and outside of China have begun cataloging censored web posts or search terms. And, one group has even created a simulation of websites that would be censored if they lived in China.

Here are 10 everyday words used on the Internet which get blocked on Weibo.

Chinese authorities are skittish about sex in the public sphere, most likely due to the demographics: Chinese men vastly outnumber Chinese women. The Chinese also tend to have sex at a much later age than those in other countries.

In China, where there is a significant Muslim population in the Western provinces, there is ongoing tension, and Muslim religious practices and cultural customs are systematically attacked by Beijing.

Perhaps in reaction to the opium wars, Chinese authorities are very harsh on drug trafficking and drug use. It's easy to see why searcheing marijuana online would be blocked.

Most parades in China tend to be militaristic in nature, and due to concern over terrorism, authorities may not want to be the target of protests or discontent.

In China, it is highly unusual for a politician to resign, unless he is the target of a powerful party leader or being made an example of for corruption. To deflect negative attention on the Communist Party, searches for resignations are blocked.

China still has laws on its books making it illegal to own a satellite TV, except for hotels, the media, and foreigners. Naturally, searches for satellite providers are thwarted on Weibo.

That's right: Mayor Bloomberg has incited the ire of Chinese authorities, and to this day, his news website is blocked on Weibo.

That China censors this word leads to the natural question: Does it also ban "conflict resolution"?

China most likely censors this word in reference to "political evolution," which we all naturally assume results in democracy.