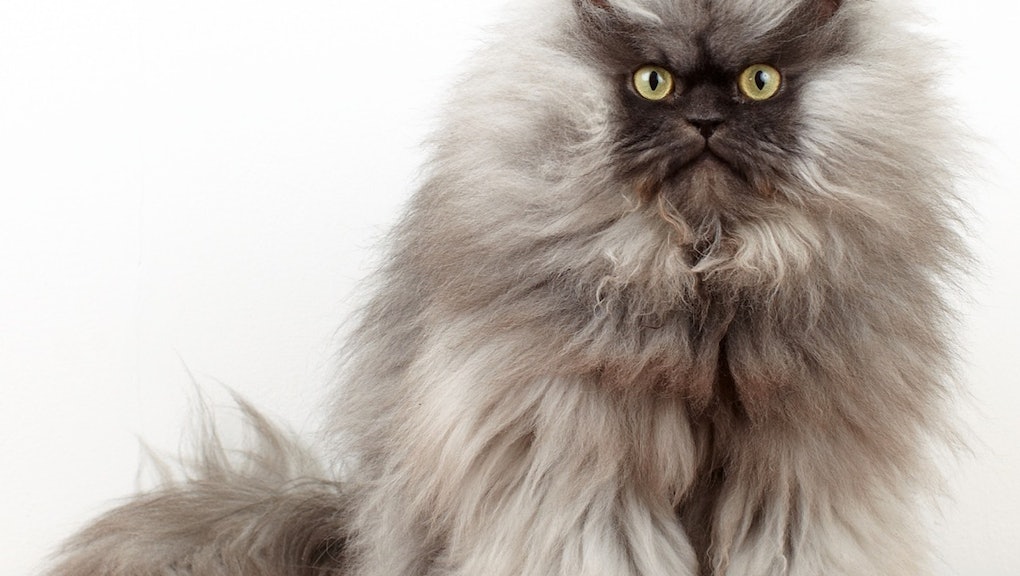 The news: Colonel Meow, a Himalayan Persian cat, internet celebrity, and Guinness World Record holder, has taken seriously ill. According to a video posted on his Facebook page Wednesday evening, Meow has been experiencing heart difficulties, leading to an outpouring of worldwide support from cat-lovers and other cats, alike.

Why it matters: It doesn’t, really. In the grand pageant of universal history, Meow’s life amounts to much less than a blip. Stars will form and perish, islands will rise and sink into the sea, and none will be the wiser. Meow is but one small, furry animal, much beloved by his owner, like so many pets before him.

Looking at things on a more human — or feline — scale, Meow’s stern, wind-swept, and majestically stormy mien has captivated thousands since he made his online debut last year. Meow’s renown has come as part of a sociological phenomenon that’s vaunted a number of mousers to global prominence, resulted in a burgeoning cat-centric industry, and caused a large number of people to become emotionally involved with other people's pets.

Maru, the Japanese cat with a fetish for boxes, received a book deal. Vice explored the phenomenon of celebrity cats with a feature-length documentary about Lil’ Bub, the tiny polydactyl dwarf who can’t retract his tongue. Grumpy Cat, Lil’ Bub’s eternally frowning fellow dwarf, has official management and an endorsement deal, and seems to always be on tour. There’s a film festival, there’s all manner of merchandise, and there are Twitters and Tumblrs and Instagrams a plenty.

A mere decade ago, we were content to see an entertaining cat video and move on with our lives. Now, even the hardest-hearted of us attempt to escape the sturm and drang of our day-to-day by following up on felines as if they're latter-day starlets. We read their stories, follow their updates, project our emotions onto their expressive faces, and wear shirts emblazoned with their visages. The reason for this societal sea-change is unclear, and begs further investigation. That said, it probably couldn’t hurt to watch a few videos while we await greater clarity on the subject.

What it means: We can only wish Meow, and his owner, Anne Marie Avey, the best in what must be a horribly trying time for both of them. They’ve brought thousands of strangers small does of joy over the past year, and they deserve the same. We hope that the tiny, relentless, long-furred military commander has a speedy recovery from whatever it is that's ailing her, so she can get back to her important work of quietly disdaining us all.