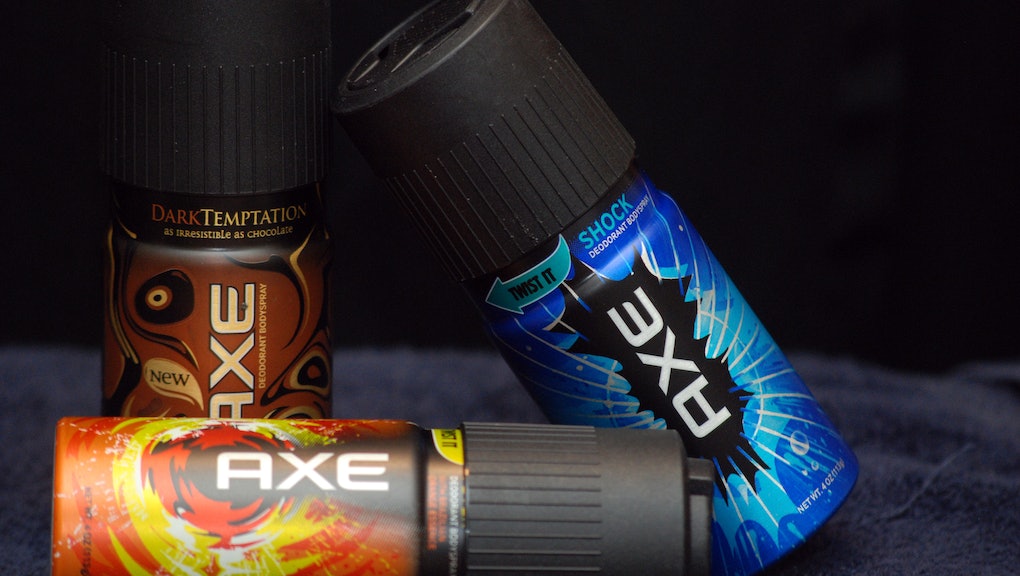 A recent Adweek article claims that it is difficult to pursue millennial men as a demographic because our interests and priorities are too diverse. While the success of brands like Axe and GoDaddy cast doubt on this claim in marketing terms, I think the idea is sound: Millennial men have diverse definitions of masculinity that can't be encapsulated by one brand, one product, or one idea.

If the only point of advertising was to entertain or engage the viewer, I'd be a top customer. I think Dos Equis ads are hilarious, and, despite my mental resistance, Axe Deo and Acqua di Gio ads get me thinking about sex on a very base level.

That said, I don't drink Dos Equis because it tastes like piss water and I don't wear Axe because it smells like locker rooms. My purchasing habits (as opposed to my engagement with the ads) back up Adweek's claim that I can be better reached through my "passions," rather than my age and gender.

But if I really am an accurate representation of the diversity of millennial men, why do companies keep running ads like these?

And, more importantly, why do they keep working?

Two of the most ubiquitously "chauvinistic" ad makers, Axe and GoDaddy, have seen smashing success from their campaigns. Before creating these campaigns, Axe's marketing team researched young men and put them into the following six categories:

1) The Predator — Lies about his income, takes advantage of drunk girls

2) Natural Talent — Intelligent, athletic, confident and doesn't need to lie to get laid

6) The Enthusiastic Novice — No idea what he's doing either, but he's not afraid to try

Axe eventually decided their target category would be "The Insecure Novice" — the nerd who can't get laid. They also found, through their market research, that young men fantasize about not only being attractive to women, but being irresistible to several at once. So, after a few years of ads in which groups of hot ladies chase after a young man covered in Axe body spray, they are now the number one men's deodorant/antiperspirant in the country.

Similarly, GoDaddy began running their now famous (infamous?) Super Bowl ads nine years ago, during which time their market share has climbed from 16% to 50%. The day after their most recent Super Bowl ad, in which supermodel Bar Rafaeli makes out with a chubby, pale nerd, the company had their best ever day of sales.

Oh, and by the way, their senior VP of marketing in charge of those ads is a woman. Curiously, she claims young men are not their target market; "everyone" is. This is certainly widely open for debate, since targeting "everyone" means you're not targeting anyone, and a common sense look at those ads would certainly suggest their targeted male audience. Then again, it's hard to argue with GoDaddy's success.

Despite these successes, I would like to think men of my generation have a bit more depth than the simple "sex sells" advertising doctrine suggests.

Moving forward, I may be right. A 2012 Boston Consulting Group (BCG) report concluded that millennial men are currently poorly understood by marketing executives, and that the traditional mediums used to approach this demographic will not be as effective in the future.

It additionally found that millennial men are more likely to define themselves and express their masculinity in a variety of ways — as gamers, tech junkies, activists, athletes, fathers, and musicians.

Of course, these personas existed before the millennial generation, but not as starkly as they now do, what with the internet's "long tail" and with an increased ability for consumers to find niches that best fit them. BCG's research supports what the Viacom and ReedPOP execs interviewed in Adweek said — homogeneous marketing campaigns will be less effective as young men increasingly consume content and products through niches which we feel reflect our varied definitions of ourselves.

And after all, Axe smells like high school. The market of men has grown up; ads that target us will have to mature, too.