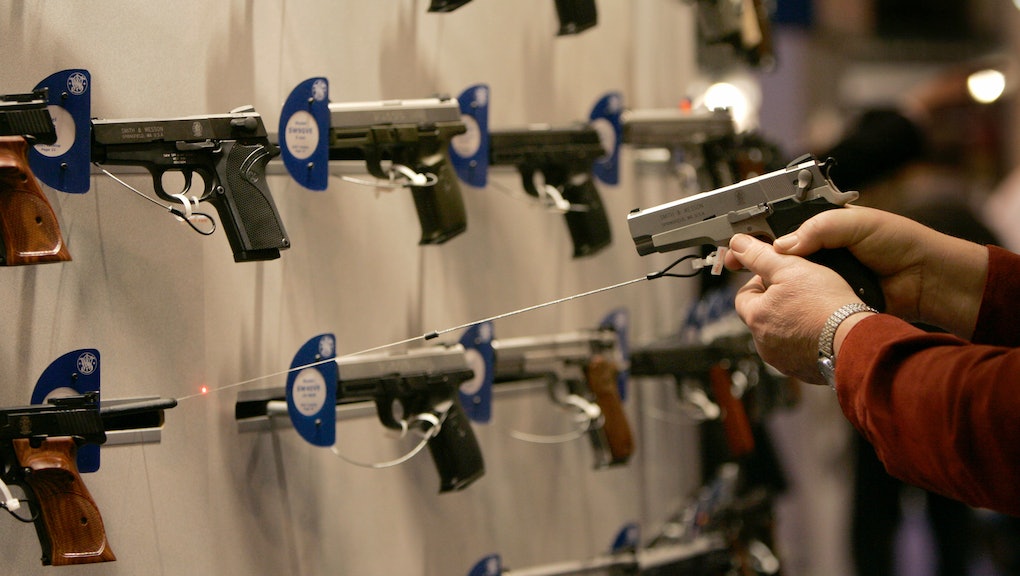 Why a Young Black Woman Owns a Firearm

Renisha McBride was 19 when Theodore Wafer aimed a gun at her face and pulled the trigger. The details are still unclear, but what's known is McBride went to seek help at Wafer's Dearborn Heights, Mich. home after a car accident. Wafer claims he shot McBride in self-defense, but 12 of his peers will determine if he's being truthful.

One of the underlying aspects in this tragic case is the role of Dearborn Heights itself, an area that writer and activist dream hampton refers to as a modern sundown town. Sundown towns kept people of color out of specific cities with signs like "Nigger, Don't Let The Sun Go Down On You In Our Town." In 1970, there were more than 10,000 sundown towns across the United States. Almost 70% of sundown towns were in Illinois, according to Sundown Towns author James W. Loewen, and many still exist throughout the Midwest.

I live in one.

Carbondale, Ill. is a quintessential country town: small mom-and-pop stores, running deer, and backroads full of danger. It is also a historic sundown town. There are still restaurants and stores where students of color are warned not to venture. We never stop on certain roads at night.

Moving to a town where there's still lingering racism was the sole reason I purchased a firearm.

I never wanted to own a gun. I have a complicated relationship with weapons, like many other millennials. We've lived through Columbine and the Century 16 shootings, which both happened less than 20 miles from my parents' home. We know countries with more guns are less safe and that tragedy ensues when guns end up in the wrong hands. Millennials consider gun control more important than ownership rights.

Yet, I own a gun because I live in a town where having a weapon can make the difference between being the victim or the perp. Only 0.8% of gun violence victims threaten to or use a gun against an attacker; I'd rather be armed, if only to foster a false sense of security.

Living in rural Illinois also influenced my decision to purchase a firearm. That region has an impact on how we all view gun ownership is well known. Only 21% of Northeasterners have guns in their home, compared to 38% of Midwesterners and 45% of Southerners. This number increases to 50% among those living in rural areas.

I'm not the only woman to notice that how I think about guns has changed based on where I live. Krishana Davis, a reporter for the Baltimore Sun, never considered buying a gun until she temporarily relocated to South Florida. Though she was born and raised in Baltimore, also known as "Bodymore, Murderland," South Florida caused her to develop "a heightened sense of awareness for my own protection and self-preservation." In an article for Clutch Magazine, Davis writes that not owning a gun in Florida made her a minority because it's so common for other young women to carry firearms in their glove compartments and purses.

It's much the same story in Texas. Newspaper reporter J. Victoria Sanders decided to pursue a concealed carry permit to protect herself as she navigated the journalism world. After the abduction of journalist Dorothy Pavaz and the dragging death of James Byrd Jr., Sanders found that gun ownership "seemed the most direct way to fend off growing feelings of vulnerability." Being an African-American woman in Texas bolstered Sanders' decision, as the Texas Department of Public Safety found that black woman are the "fastest-growing group of concealed handgun owners in the state."

What this suggests to me is that gun ownership is a back feminist issue. As writer Renee Simms recounts at Salon, black women have been "left unprotected as a matter of law and custom, our bodies designated as commodities, used as 'de mule uh de world' as Zora Neale Hurston wrote, and as sites for sexual violence and mockery." The Violence Policy Center found that black women are more likely to die at the end of the gun, especially if the crime involves someone she knows. It seems logical, then, that black women would take their protection into their own hands.

We've been raised in an era of mass shootings and political debates over gun control policies, but I own a gun because I'm a black American woman living in a sundown town. I realize that the likelihood of a gun protecting me from a rapist or an intruder is slim to none, but I also feel safer with a firearm in my home. It's just that simple.