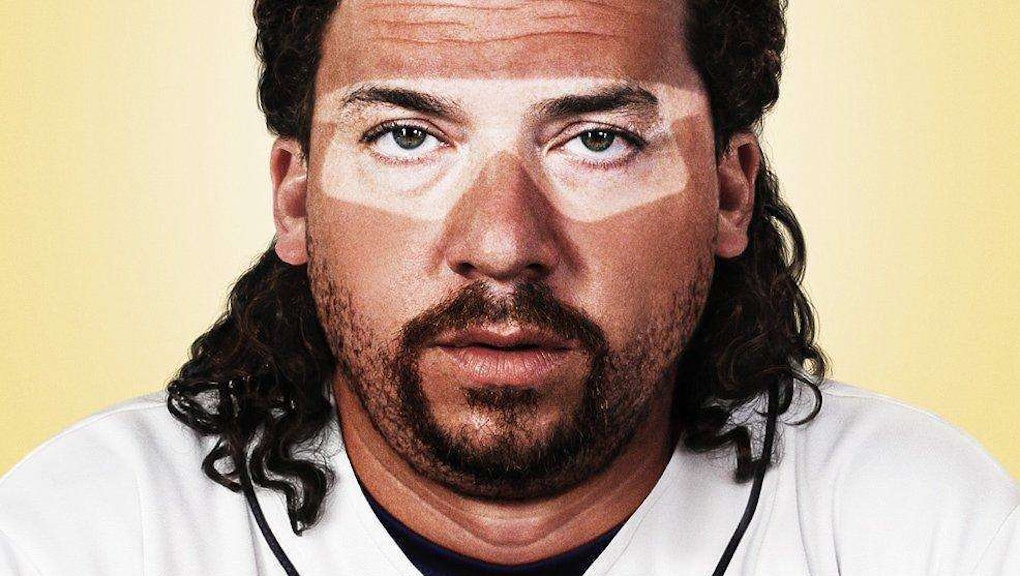 As young people in the 21st century, we often turn to television as an escape from our daily grind of job hunting and soul searching. Many believe we live in the golden age of great television shows. The shift in focus from heroes to anti-heroes has allowed showrunners to delve into their protagonists' conflicted psyches and strained relationships with family and colleagues. Characters like Tony Soprano, Don Draper, and Walter White open new windows on the state of millennial America and echo viewers' anxieties about American decline and their own uncertain prospects. Kenny Powers is one such American anti-hero.

For those unfamiliar with Eastbound and Down, HBO just closed out the fourth and final season of their raucous comedy starring Danny McBride as Kenny Powers, a washed-up baseball pitcher on an unrelenting quest to reclaim his lost glory as a sports and television star.

Eastbound and Down follows Kenny's foul mouth and crude behavior to North Carolina, Mexico, Myrtle Beach, and back. He never gives up on his pursuit of fame, fortune, and success, no matter the cost to his physical well-being or personal relationships. If Breaking Bad and Mad Men are shows about masculinity in transition or decline, Eastbound and Down is a biting send-up of male fantasy itself.

Kenny is a caricature of male desires. By filtering the ugly reality of his middle-aged crisis through TV's mollifying humor, Eastbound and Down allows us as viewers to vicariously enjoy the kind of freedom Kenny espouses, but never lets us forget that it all comes with a heavy cost. Kenny forfeits family, friendship, and stability to live out his lone wolf fantasy of drugs, women, and glamour.

In the concluding moments of the series, we witness Kenny's redemption. Kenny has finally ascended to superstardom and gotten his very own TV show, but he chooses to abandon the script for an improvised confession on live television. Kenny admits his distorted perception of success and publicly apologizes to all those he has wronged on his way to the top as other characters grace our screens in an emotionally charged montage.

At the series' end, Kenny emphasizes the need to have dreams and to look to the future with hope. He also warns of impending hardship and misery, but reinforces that each sorrow brings a little bit of wisdom. Most importantly, Kenny realizes all he can hope for is that, when his time is up, the people he loved will cherish the time they spent with him. A man's legacy is judged by the seeds he leaves behind, he says, and the seeds are judged by their harvest. Though his harvest remains unknown, he's "pretty goddamned proud" of the seeds.

American audiences are so drawn to the anti-heroes of modern television because they expose the parts of us that we wonder about, but generally resist exploring. As viewers, we not only live vicariously through Kenny, but we also identify with him. Kenny Powers is our id, the worst version of our selves, but if Kenny can acknowledge his shortcomings, learn from his mistakes, and evolve, then we can, too.

We are all imperfect and anxious about what the future holds. The key is to focus on bettering ourselves now by understanding our past missteps (our seasons 1-4) and using them as a foundation to propel us forward toward the next adventure. Though we are all unsure of our future harvests, Kenny teaches us that we should constantly be working to leave behind promising seeds.