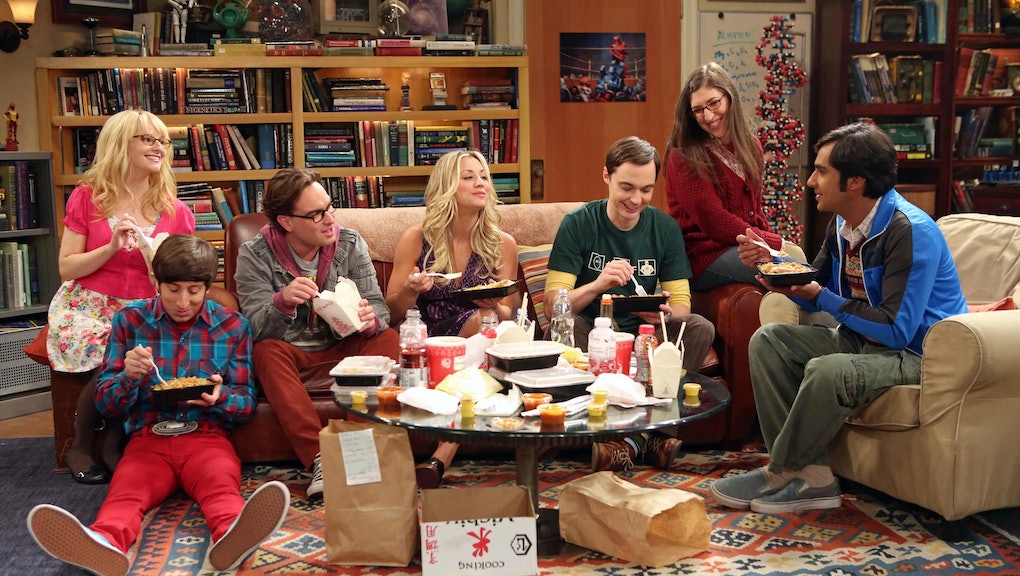 Though many millennials weren't even teenagers when it was on the air, network reruns have ensured that Friends will forever hold a place in our hearts. It represents the living situation we all wish we had — your best friend is your roommate, with more close friends across the hall — and shows us the kind of closeness we hope to achieve with our friends in real life. Friends may have been created with Generation X in mind, but the issues it confronts easily transfer to millennials. As show creator David Crane wrote, it's about "a time in your life when everything's possible. And it's about friendship because when you're single and in the city, your friends are your family."

And yet, because it already aired in its entirety, Friends can't offer the kind of shared experience that comes with following a television show as its episodes air for the first time. There is a show on the air right now, however, that might be able to give us what Friends gave Gen X as we actively navigate adulthood.

From its setup to its thematic interests, The Big Bang Theory is well on its way to becoming our generation's Friends. Both shows reveal a significant understanding of millennial concerns, such as establishing relationships and building careers, through an expert combination of comedy and sincerity. Much like Friends, The Big Bang Theory speaks directly to our interests by telling the stories of a group of friends living in and engaging with multiple, often fluctuating, communities.

Here are five ways both shows capture what it's like to be a millennial.

1. The Characters Are in Familiar Stages Of Life.

Both shows represent the range of life circumstances that define our 20s. Some characters are newly married, some are dating, and some are single. Some have long-term careers, and others only have jobs to supplement the work they're truly interested in doing. The characters are all entering adulthood together. They fail and mess up along the way, but they're united by a sense of not knowing exactly what the future holds.

2. Relationships Within Groups Are Complicated.

On Friends, the story of Ross and Rachel creates enough relationship drama for 10 seasons. Things are no less complicated on The Big Bang Theory. From the very first episode, in which Leonard meets Penny as she's moving into the apartment across the hall, viewers know that the show is going to be, at least in part, about their relationship. Other characters' love lives also contribute to much of the show's drama; Leonard is awkward, Raj can barely talk to women, and Howard starts out as an obnoxious womanizer. Sheldon, of course, only dates when Howard and Raj submit his information to a dating website without his knowledge.

Through this myriad of relationships, breakups, and awkward communications, both shows capture the ups and downs of millennial dating.

3. The Shows Are Full Of Inside Jokes.

Both Friends and The Big Bang Theory rely on humor generated by their characters' larger-than-life personalities. Watching each show makes you feel like you're part of their group, too, because much of the humor relies on a series of inside jokes. Friends viewers know that Monica used to be overweight, for example, just as The Big Bang Theory viewers know Sheldon's quirks inside and out. Each show's jokes are built around details fans have learned to recognize. The groups develop their own codes for humor, which, in my experience, just makes real life more fun, too.

4. The Characters Grow Up Together.

The characters on each show mature both on an individual and collective level, learning about themselves and each other more deeply as they go. This translates into being able to care for one another more profoundly. On The Big Bang Theory, for example, Howard moves from having questionable interactions with women into a strong marriage (he also finally moves out of his mother's house). Friends shows its characters get married and become parents. Ultimately, both shows accurately portray how the communities we live in impact our development, a crucial idea as we mediate adulthood.

5. They Show Us the Necessity Of Living in a Community.

One of the most important parts of figuring out our 20s is learning which friends to keep in our lives as we move around, inevitably leaving some behind. It's almost an art in and of itself and is not to be underestimated, as making friends changes fundamentally once we leave an established community.

Both The Big Bang Theory and Friends show us the value of establishing these communities around us, asserting that even though it may take a lot of effort, it's something that we absolutely should work toward. The characters on both shows become who they are through their communities of friends; viewers get the sense that these people are changed forever because they were fortuitously placed in the same location at a specific time. These kinds of connections are irreplaceable, and crucial as we navigate our millennial years.