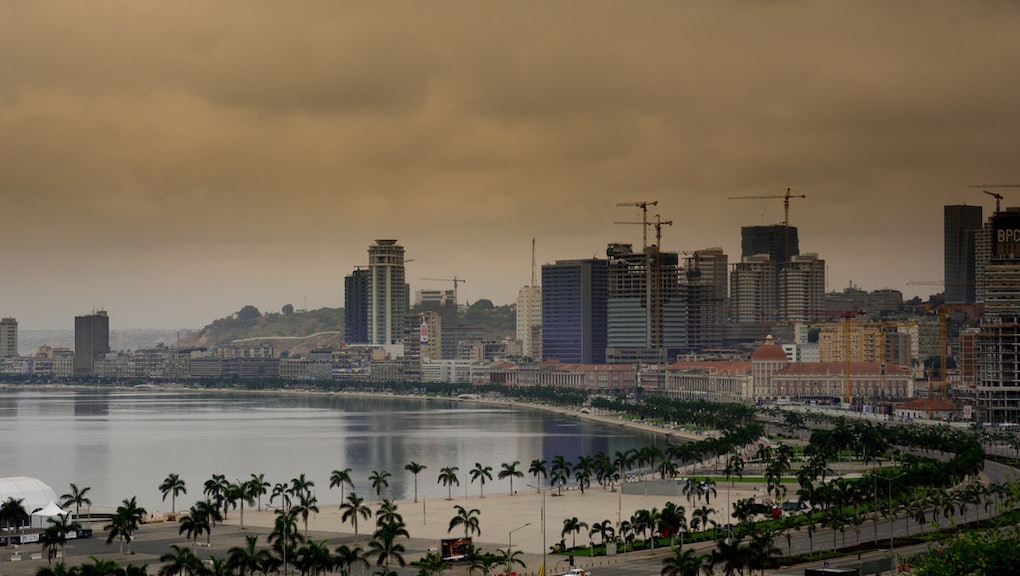 The news: On Friday, weekly Moroccan newspaper La Nouvelle Tribune reported that the southern African country of Angola has banned Islam and Muslims, and has begun closing and dismantling mosques.

The disturbing news stems from a speech by Angolan Minister of Culture Rosa Cruz e Silva, a woman who is normally tasked with celebrating Miss Universe participants and announcing “patronage” initiatives, rather than threatening and oppressing a religious minority. (Angola is largely Christian, and its small Muslim population is largely composed of immigrants.) Cruz e Silva’s curious logic for the repulsive ban? That Islam has never specifically been legalized. President José Eduardo dos Santos, who has ruled the country since 1979, also made intimations about ending "Islamic influence."

More startling is that La Nouvelle Tribune and other regional news outlets also reported that the government is destroying or shutting down mosques. A minaret on an Angolan mosque has been removed in recent months, and in the small city of Zango, near the capital of Luanda, a mosque was reportedly destroyed:

It is still unclear if the mosque shutdowns are related to the Cruz e Silva speech, in which she reportedly said, “The process of legalization of Islam has not been approved by the Ministry of Justice and Human Rights, their mosques would be closed until further notice.”

The background: If you ever hear someone describe the Cold War as bloodless, Angola’s bleak postcolonial history is one of the many reasons that you should punch that person square in the face. Like its fellow former Portuguese colony, Mozambique, Angola spent the latter half of the 20th century fighting a war of independence, and then an extended proxy war replete with mercenaries, arms, and money from the Soviet Union, Cuba, apartheid-era South Africa, and the United States. Among others.

The Angolan War of Independence lasted from 1961 to 1974, at which point Portugal ceded control to the Communist-aligned Popular Movement for the Liberation of Angola (MPLA). The MPLA then spent 1975 until 2002 fighting the United States-backed National Union for the Total Independence of Angola (UNITA). The conflict crossed over into Namibia and the Democratic Republic of the Congo, decimated Angola’s population, infrastructure, and economy, and studded the terrain with landmines. As a result, Angola has been a country that gives prosperous and peaceful sub-Saharan African states a bad name. It’s the kind of place that inspired the term "conflict diamonds," and that attracts the likes of disgraced lobbyist and film producer Jack Abramoff.

The takeaway: Life in Angola has improved greatly over the past decade, making it even more disappointing that the resource-rich country has gone down a persecutory path. Angola has one of the world’s fastest-growing economies, and one of its most expensive cities (the capital is said to be more expensive than Manhattan), but its vast diamond and oil wealth (it is the second largest producer of each in Africa) has led to income inequality, fed corruption and patronage, and fostered gated communities of expats tasked with extracting the country’s resources.

Unfortunately, persecution of a religious minority is unlikely to stem Chinese investment in the country, dissuade multinational corporations from working with the Angolan government, or lead to greater prosperity and opportunity for Angolans as a whole.