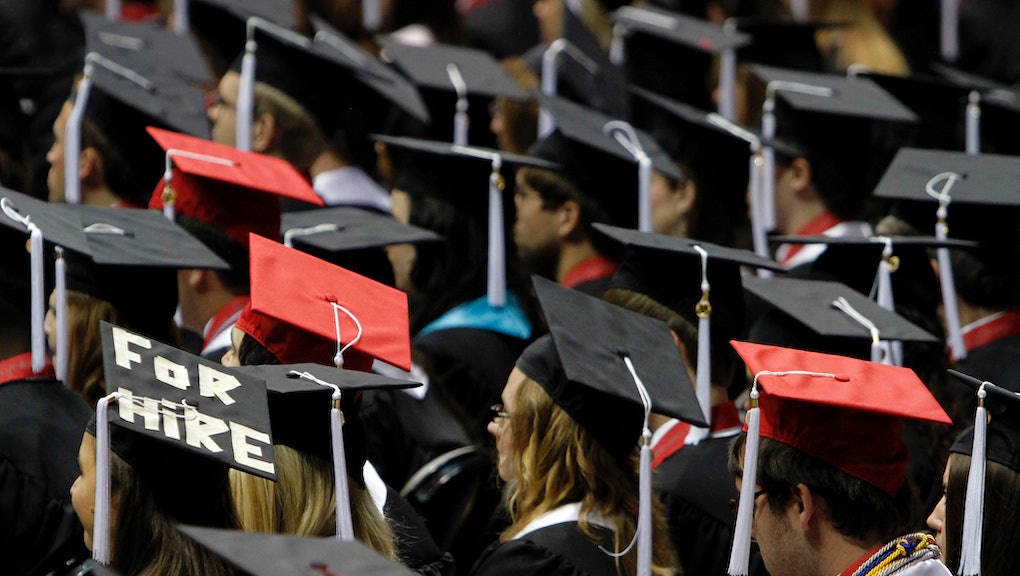 The Government Just Made a $41.3 BILLION Profit Off Of Student Loans

The news: Brace yourselves – the United States federal government made a profit of $41.3 billion off of student loans for the fiscal year of 2013.

That’s good for the third highest profit in the nation, behind just Exxon Mobile (which made $44.9 billion in 2012) and Apple (which made $41.7 billion last year). And when accumulated student debt is greater than $1 trillion, to hear that the government is actually making money off of loans will surely make some blood boil.

Not all agree that the federal government makes a profit, though. It depends how you calculate the interest rate yield on student loans. Projections are based on U.S. treasury bonds, which actually set the interest rates for student loans below the market rate, leaving money on the table. It’s suggested the current accounting method doesn’t totally account for delinquent or defaulted loans, or the risk involved with dispersing these loans (that, if taken into account, would be cause to raise the interest rate on loans). By some calculations, there is actually little profit – or even none at all.

The background: The $41.3 billion profit is actually roughly $10 billion lower than projected back in the spring. In May, profit forecasts showed the federal government stood to make an estimated $51 billion on student loans, which would have cleared even the highest profit-reaping companies in America.

The federal government is the sole provider of student loans, after passing the Student Aid and Fiscal Responsibility Act in 2010. The switch from private bank lending was estimated to save approximately $67 billion over 10 years, but there was concern over profits even back then. “There’s a risk of almost treating students like an ATM,” warned Becky Timmons, assistant vice president for government relations at the American Council on Education.

Why it matters: Student loans are big business. In 2013 alone, students borrowed around $106 billion in loans. Millions of borrowers are in default on their loans, and the average borrower owes over $14,000 when they default. So it’s not great news when the federal government makes headlines for their profits on loans.

But will anything be done? Can anything?

In July, when addressing the projected record profits, Secretary of Education Arne Duncan didn’t admit to making a profit off of student loans: “It’s actually neither accurate nor fair to characterize the student loan program as making a profit,” he said.

And though Congress is expected to address the issue in the near future, considering how long it took lawmakers to tackle interest rates, a concrete deal isn’t likely to come any time soon.

Some states are taking student loan matters into their own hands. In July, Oregon voted to begin a “Pay It Forward” program that would essentially eliminate student loans. Students would pay a percentage of their paycheck back after graduation, instead of fronting the cost at the beginning.

At a time when it is as imperative as ever for high school graduates to continue on to college, it doesn’t look good when the federal government is profiting off of their debt. The federal student loan program should minimize the amount students owe, not maximize the amount the government makes.