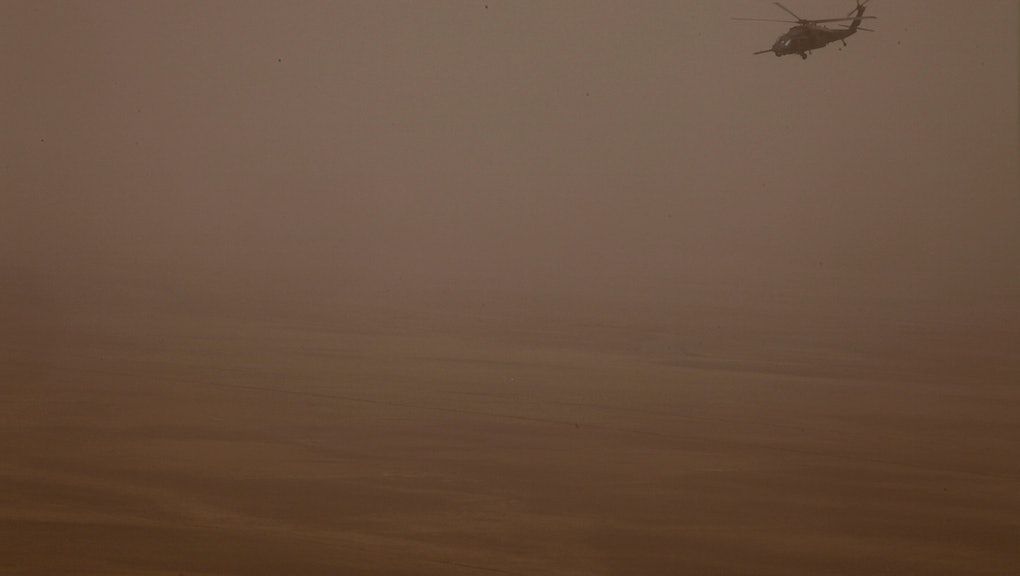 Nobody Really Knows When the Afghanistan War Will End

The news: Despite earlier news of a deal that would keep U.S. troops in Afghanistan "indefinitely," the Obama administration claims there may be no American military forces in the country after 2014 unless Afghan President Hamid Karzai signs the deal immediately.

Karzai wants additions to the deal, and has refused to sign until after Afghan elections in April. But "Without a prompt signature, the U.S. would have no choice but to initiate planning for a post-2014 future in which there would be no U.S. or NATO troop presence in Afghanistan," said the White House in statement to the press.

The statement went on to say that the U.S. negotiating team was under the impression they had finalized the agreement and stated that "deferring the signature of the agreement until after next year's elections is not viable, as it would not provide the United States and NATO allies the clarity necessary to plan for a potential post-2014 military presence."

The background: Under the terms of the deal, known as the "Security and Defense Cooperation Agreement Between the United States of America and the Islamic Republic of Afghanistan," Afghanistan would allow the U.S. to operate military bases in its territory to train Afghan security forces and wage counter-terrorism operations against Al-Qaeda long after the supposed American withdrawal in 2014.

Afghans have hoped the deal would provide for a post-2014 presence of 10,000 - 15,000 troops, while the White House is seeking a smaller commitment of 7,000 - 8,000 soldiers with a NATO commitment. Either deployment would see costs quickly run into the billions.

While a council of Afghan elders endorsed the deal on Sunday and advised Karzai to sign it promptly, the Afghan president has refused to sign unless he's given additional concessions.

According to a spokesman, Karzai's demands include U.S. military forces immediately ceasing all operations targeting civilian homes and the release of all Afghan Guantanamo Bay prisoners. His office also called on the U.S. to "express a sincere commitment" to start small-scale talks with the Taliban.

Karzai, who is prohibited from running for another election after 12 years as Afghanistan's leader, is apparently concerned that a failure of the agreement will tarnish his legacy. On Nov. 24, Karzai commented that "After we are assured we have guaranteed peace and security in the whole country, and secure elections, I will sign it … If I sign it today, and tomorrow we don’t have peace, who would be blamed by history? So that is why I am asking for assurances."

So could we actually be leaving Afghanistan entirely? Unless Karzai changes his mind, yes. The Obama administration's threat to leave the Afghan president without a guarantee of continued government stability is credible, according to the Wall Street Journal.

While Karzai was satisfied with U.S. promises not to interfere in Afghan elections, one of his spokesmen said that the U.S. had to give guarantees of "change in practical terms: no more raids on Afghan homes, no more killings of Afghan civilians by American forces, and that the peace process is launched." Additionally, when the U.S. ambassador told Karzai that the release of Guantanamo prisoners was out of the question in this deal, it made the president "very angry."

Those are big sticking points. Karzai's peace overtures towards the Taliban are considered critical by his administration to long-term stability in the country, and the U.S. has long insisted on maintaining the ability to raid Afghan compounds as a precondition for any long-term troop presence.

"The future of the U.S.-Afghan relationship is being placed at risk by these needless theatrics," said New York Rep. Eliot Engel.

In July, an ABC News/Washington Post poll found that 67% of Americans didn't feel as though the war in Afghanistan was worth it. Those same polls indicated support for a long-term limited presence in Afghanistan to support the government and fight terrorism (53% in favor, 43% opposed).

So if Karzai continues to balk, the Obama administration may find there's little domestic pressure to find a solution.