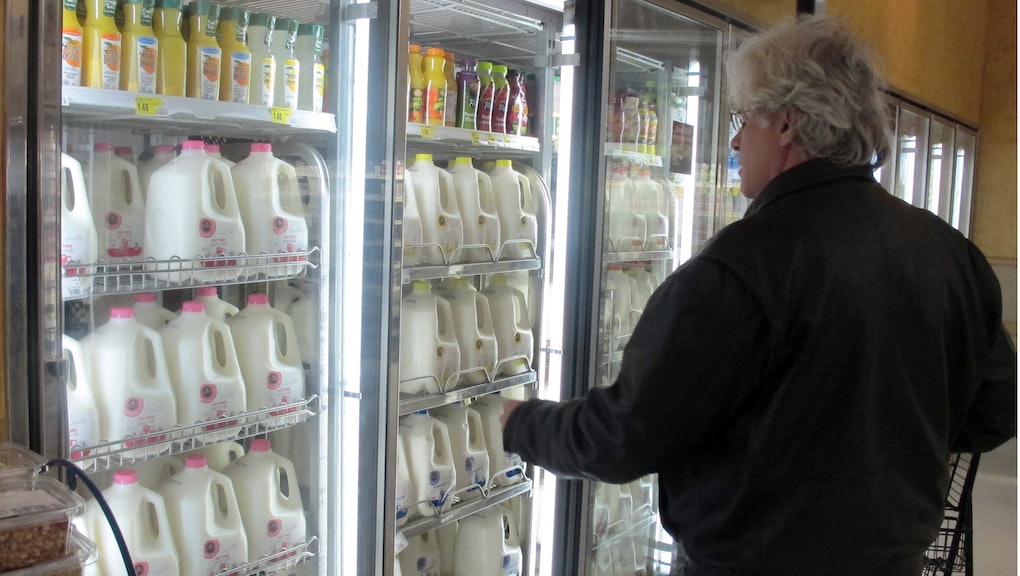 The news: Congress has temporarily adjourned and left for its Thanksgiving holiday without passing a farm bill, now a year overdue. Packed with subsidies for big agriculture and laying out the short-term agricultural policies across the nation, farm bills have historically been an easy sell in both chambers of Congress.

But this year, House Republicans are drawing the line on funding. They want to make changes that would drop 3.8 million people from food stamps, while Senate Democrats are — to say the least — not very keen on that happening.

Food stamp enrollment has risen dramatically since the beginning of the recession in 2009. Fifteen percent of the population was receiving benefits in September, according to federal data, and the average benefits were approximately $133.19 per person.

House Republicans want to cut $40 billion in funding over the next decade, which would force approximately 14 million people out by 2023. House Majority Leader Eric Cantor (R-Va.) says that the GOP version of the farm bill would prevent "people whose monetary resources are above eligibility standards" from getting "into the program."

Senate Democrats have derided the House version of the bill as a cruel attack on the most vulnerable Americans, and have introduced their own version of the legislation aimed at saving $4 billion in waste and fraud.

Everyone agrees that they want to replace expensive direct payments to farmers with crop insurance to protect against weak harvests and major disasters. But the details of that mechanism haven't been worked out either.

Like what? $7 milk, if Congress doesn't get its sh*t together.

Agriculture Secretary Tom Vilsack says that without a farm bill, the expiration of subsidies could force a doubling of the price of milk (and presumably serious spikes in other dairy products), trigger retaliation in the form of tariff spikes from Brazll, and leave livestock farmers hit by natural disasters without federal relief.

A crisis-weary Congress is likely to work out some kind of deal. According to American Farm Bureau Federation lobbyist Dale Moore, "Congress is going to get the farm bill resolved … When they get back after Thanksgiving, hopefully, they'll be ready to say: 'Here's what we think we got on the middle ground.'"

Vilsack, too, says that the bill could be a bridge to co-operation for a better-functioning federal government.

"This is a bill that should reignite what little DNA is left of bipartisanship in Washington, D.C. … This has been a bill that's always been relatively easy for Congress to get done, and if we don't get it done, I think it sends another negative message to the country about the workings of government.

"We (should) get back to blocking and tackling — pass a bill, a major bill … When that happens, basically, relationships are formed, opportunities for success are created and I think it creates a momentum."

On a slightly less reassuring note, U.S. News assures us that even if Congress doesn't pass a bill, the Dairy Product Price Support Program will stabilize prices around $5-$6 a gallon. Or $8 on the high end. Whoops.