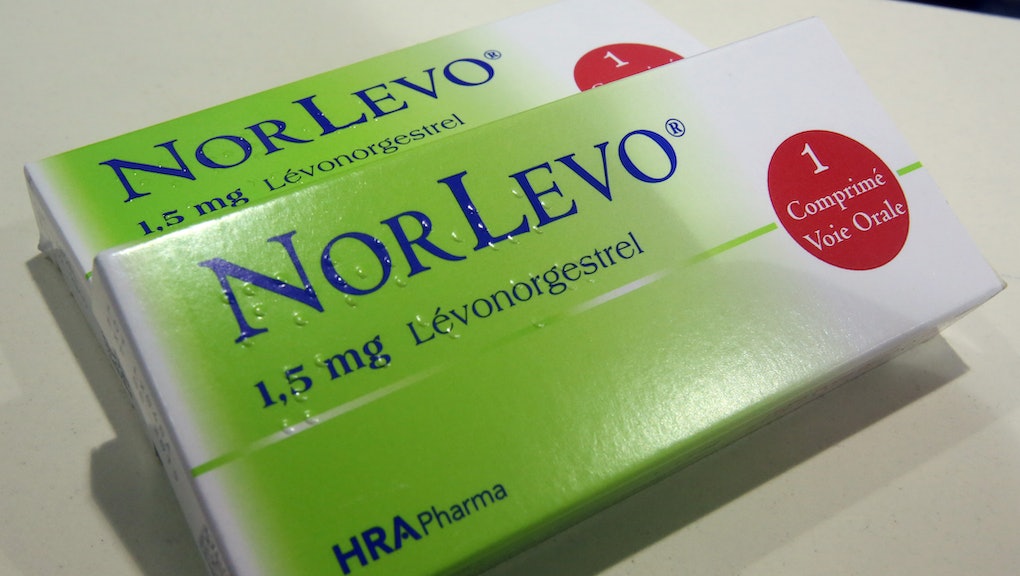 There's Something Every Woman Who Takes Birth Control Should Know

The news: On Monday, the FDA announced that it will reexamine most widely available form of the morning-after pill, Plan B One-Step, after Mother Jones reported that the manufacturer of an identical French drug found that the pill is ineffective in women over 176 pounds, and of unreliable efficacy in women over 165 pounds — i.e., less than the average weight of women in the United States.

The background: Despite their overwhelming safety, emergency contraceptive pills have long been controversial in the United States, and the drug’s availability has been determined by protracted court battles.

When the FDA first approved it in 1999, Teva Pharmaceuticals’ Plan B consisted of two pills containing levongestrel, a synthetic form of progestin that’s also found in oral contraceptive pills. The emergency contraceptive is only effective if taken within several days, is unrelated to the abortifacient RU-486, and has relatively benign side effects. Even so, the medicine has long received resistance at the federal level. While Teva applied to sell Plan B over the counter in 2003, the FDA didn’t approve the move until 2006, when emergency contraception was made available without a prescription to women over 18. That change helped increased Plan B’s use nationwide.

A court order reduced the age limit to 17 in 2009, and that same year, single-dose Plan B One-Step and a generic option called Next Choice were introduced. This past summer, despite years of pushback from United States Secretary of Health and Human Services Kathleen Sebelius and President Barack Obama, the FDA gave Teva the exclusive right to sell Plan B One-Step over the counter to women of all ages.

The takeaway: While women who use Plan B One-Step should be concerned over the news, French manufacturer HRA Pharma’s findings point to larger issues surrounding medicine’s inability to keep pace with our expanding waistlines. Emergency contraceptives aren’t the only drugs whose dosing is out of line with the needs of the average American. According to a 2012 study in Pharmacotherapy, although Americans are, on average, 25 pounds heavier than they were 50 years ago, manufacturers develop drugs for individuals within a narrow weight range, leaving doctors to make hit-or-miss guesses at appropriate dosing.

It’s essential that we bring medical research in line with the needs of actual people, rather than an outdated model of the average American. It would also make a lot more sense if we spent our time focusing on medical standards, and not quibbling the details of one drug’s availability.