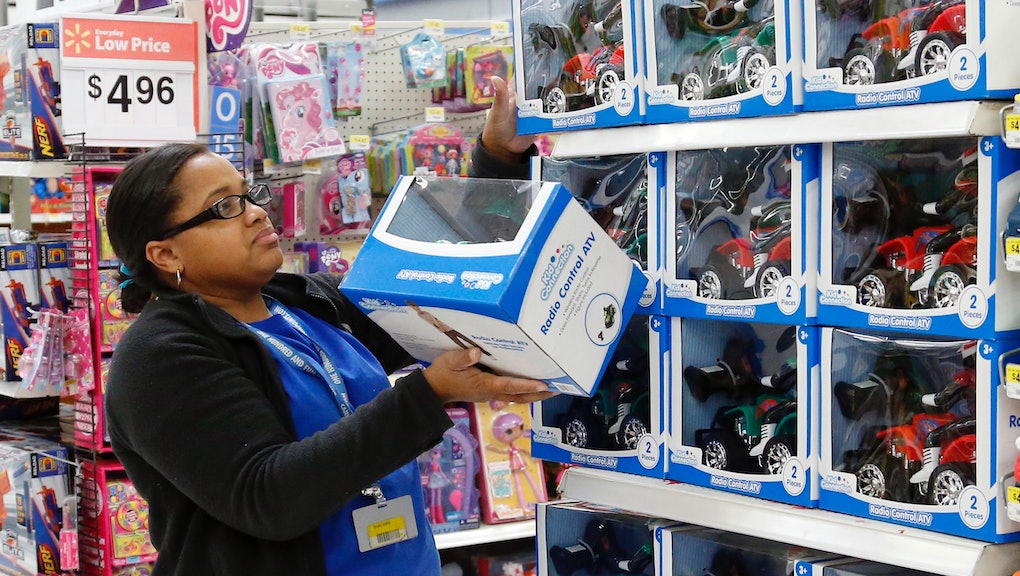 Why Millennials Should Avoid Getting Sucked Into Black Friday

According to a recent survey by the National Retail Federation, nearly one in four Americans are willing to shop on Thanksgiving. Indeed, of the 33 million shoppers expected to hit the streets tomorrow, the one anticipated to turn out in the largest numbers are those between the ages of 18 and 36 - i.e., millennials.

This is a disgrace.

When the legendary German sociologist Max Weber took it upon himself to describe the capitalist work ethic that dominated America's socioeconomic life, he wrote of "the tremendous cosmos of the modern economic order," one "now bound to the technical and economic conditions of machine production which today determine the lives of all the individuals who are born into this mechanism, not only those directly concerned with economic acquisition, with irresistible force."

This sums it up the Thanksgiving shopping craze quite neatly: We live in a society where material acquisition is the foremost priority among our citizens. If millions of Americans are thus encouraged to forego the act of thankfulness in the name of crass consumerism, so be it. If countless families have a national holiday ruined because their employers force them to work, then that's their problem. After all, they are mere human beings with families, friends, and lives that they hope can be spent in ways that don't involve constant working. When Abraham Lincoln spoke of an ideology that was "for both the man and the dollar, but in case of conflict the man before the dollar," he was arguing for values modern commercialists deem antiquated.

A few states are finding ways of dealing with this. In states with blue laws like Maine, Massachusetts, and Rhode Island, retailers are prohibited from forcing their employees to work on Thanksgiving, with the implicit idea being that even a morsel like a family-oriented holiday ought not to be ground up in the gears of unbridled commercialism. Unfortunately, far more have had their appetites whetted by the potential profitabilty of Thanksgiving shopping.

If millennials want to make a difference tomorrow, they can start by protesting this desecration.

Fellow PolicyMic pundit Nina Ippolito has already gotten this off to a good start, circulating the term "Brown Thursday" as a way of insulting the new prequel to Black Friday. On a more meaningful level, millennials can make a point tomorrow of not succumbing to their baser instincts. It's not like we weren't forced to spend all previous Thanksgivings indulging in quaint pastimes like (gasp!) spending time with our families and (shudder!) avoiding thinking about practical or materialistic considerations. Instead of taking advantage of this new trend meant to exploit workers and drain money from consumers, we should show that the Thanksgiving spirit is stronger than the uglier side of capitalism.

On a deeper level, though, we need to confront the social trends that fueled this particular fire in the first place.

Just as the spirit of Christmas was in many ways dampened by the crass commercialism that began to overtake it, so too is Thanksgiving at risk of being eclipsed by the same shopping frenzy that gave Black Friday its name. This is because, whenever an argument is presented in favor of promoting commercial considerations, there is an outspoken contingent that insists on silencing all protests. In America today there is a strong impulse to assume that anything which lines the pockets is good for society, that using the term "bottom line" as interchangeable with making money is obvious because, after all, what other "bottom line" could there possibly be?

We are indeed living the age when Weber's old prediction is bearing out:

"Perhaps it will so determine them until the last ton of fossilized coal is burnt. In Baxter’s view the care for external goods should only lie on the shoulders of the 'saint like a light cloak, which can be thrown aside at any moment.' But fate decreed that the cloak should become an iron cage."

Let us cast off this iron cage that is being shackled on us. To millennials: Don't go shopping on Thanksgiving.