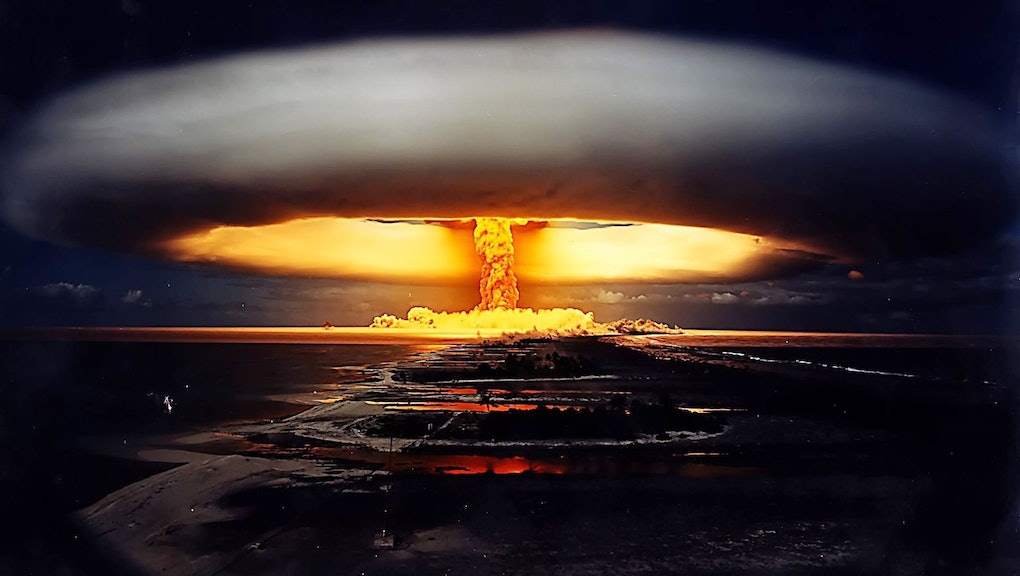 Now you know: In one of the more "what in the actual hell were we thinking?!" moments of American history, we now know that the  launch code for America's deadliest arsenal was — wait for it — 00000000.

Seriously. According to Today I Found Out, it was written down in all of the checklist manuals handed out to the soldiers in case they forgot.

"Our launch checklist in fact instructed us, the firing crew, to double-check the locking panel in our underground launch bunker 'to ensure that no digits other than zero had been inadvertently dialed into the panel."

The History: "In 1962, JFK signed the National Security Action Memorandum 160, which was supposed to ensure that every nuclear weapon the US had be fitted with a Permissive Action Link (PAL), basically a small device that ensured that the missile could only be launched with the right code and with the right authority," as outlined by Today I Found Out.

Why the need for a PAL? On a political level, Today I Found Out finds that "there was concern that the nuclear missiles the U.S. had stationed in other countries, some of which had somewhat unstable leadership — particularly West Germany and Turkey — could potentially be seized by those governments and launched." Further, on a strategic level, the U.S. realized that in the event of a Russian invasion westward into Europe, nuclear sites close to the "front line" in countries like West Germany would quickly be overwhelmed and compromised.

This map shows you who the principle players were. Red denotes the nuclear states, and orange shows the nations where U.S. nuclear arsenals were stationed)

The first PALs were simple mechanical combination locks (!) that were set into the control systems of nuclear weapons.

The 00000000 password entered into the equation because it was deemed the simplest code to use in case there was an emergency and panic set in with the nuke operators.

Karl Smallwood over at Today I Found Out further explains: "During the height of the Cold War, the U.S. military put such an emphasis on a rapid response to an attack on American soil, that to minimize any foreseeable delay in launching a nuclear missile, for nearly two decades they intentionally set the launch codes at every silo in the U.S. to eight zeroes."

The 00000000 password persisted until 1977. As described on the Wikipedia page for Permissive Action Link, "In 1981, almost 20 years after the invention of PALs, just over half of U.S. nuclear weapons were still equipped only with mechanical locks." #Progress.

What's the new code? Based on tactical considerations and the general cleverness of the U.S. military, it's safe to assume the new nuclear launch code is "PASSWORD."

Editor's Note: This story has been updated to remove language that was used without attribution to TodayIFoundOut.com and Wikipedia. We apologize to our readers for this violation of our basic editorial standards. Mic has put in place new mechanisms, including plagiarism detection software, to ensure that this does not happen in the future.