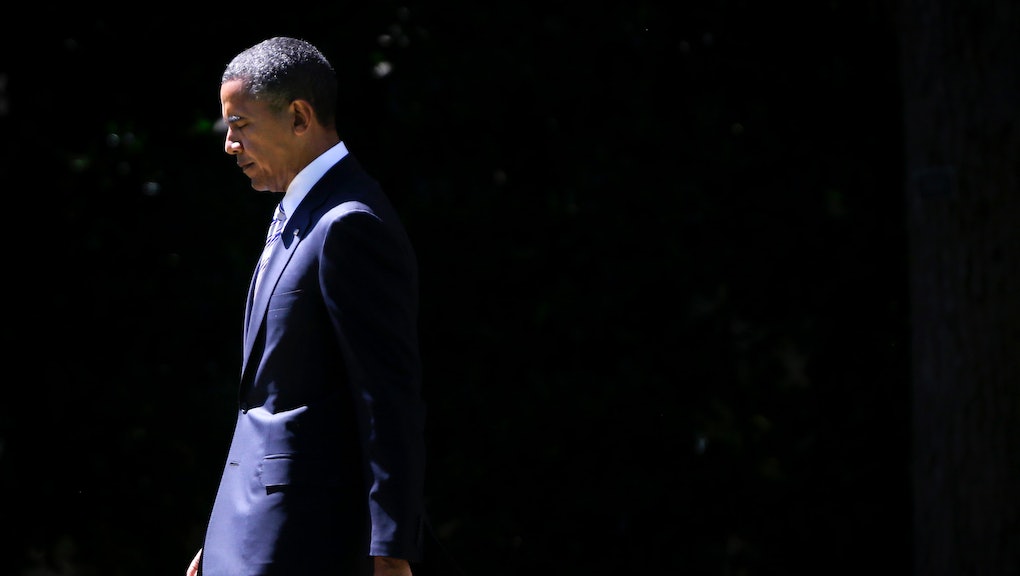 The news: In a recent interview with ABC News' Barbara Walters, President Barack Obama and the first lady discussed post-presidency plans and suggested that the family might break with tradition and remain in Washington, D.C.

President Obama explained that remaining in the capital might be in their younger daughter Sasha’s interest, as she will be a sophomore in high school in 2016: “Sasha will have a big say in where we are […] ‘cause she’s, you know, obviously they — and Michelle — have made a lot of sacrifices on behalf of my cockamamie ideas, the running for office and thing.”

While Obama denied any interest in running for public office again, the mere possibility of his continued stay in Washington, D.C., enraged many, from CNN pundits to average Twitter-wielding citizens. CNN Political Analyst Roland Martin tweeted:

But why on Earth is a former president remaining near the White House a big deal?

The background: In the history of presidents, only one has remained in Washington, D.C., after the end of his last term: Woodrow Wilson.

President Wilson was partially paralyzed at the time, following a stroke. He died shortly thereafter. Generally speaking, Americans expect retired presidents to rise above the fray, becoming canonical figures in U.S. history instead of partisan figureheads — taking up new hobbies, such as painting, like George W. Bush, or capitalizing on their presidential past to engage in worldwide activism, like Jimmy Carter and Bill Clinton.

The takeaway: While the Obamas’ attempt to make the right choices for the stability of their daughter’s life certainly makes them relatable to other working parents nationwide, the day-to-day life of a former president in Washington, D.C., will never be that of a normal parent. Obama, the fifth-youngest president in U.S. history, will be 55 when he leaves office: He will have many years to establish his legacy, write his memoirs, and pursue whatever new calling he desires.

It will, however, be almost impossible to do so while living so close to his successor, whether they be Democratic or Republican. Blaming previous presidents for current problems is a necessary part of any presidency. If those called into question have moved to ranches far away, the press has fewer incentives to haunt them, and they become more of a bogeyman than a real, active, present politician to engage with. The Obamas’ intention to honor their daughter’s wishes and place her happiness at the center of any decision-making process, as a “reward” for putting up with the difficulties of being a First Daughter, is more than noble. It may, however, be a choice contemplated without considering the realities of post-presidential life. Makes you wonder how many disconcerted tweets about Washington, D.C.,-based Obama sightings we will be reading in 2017.