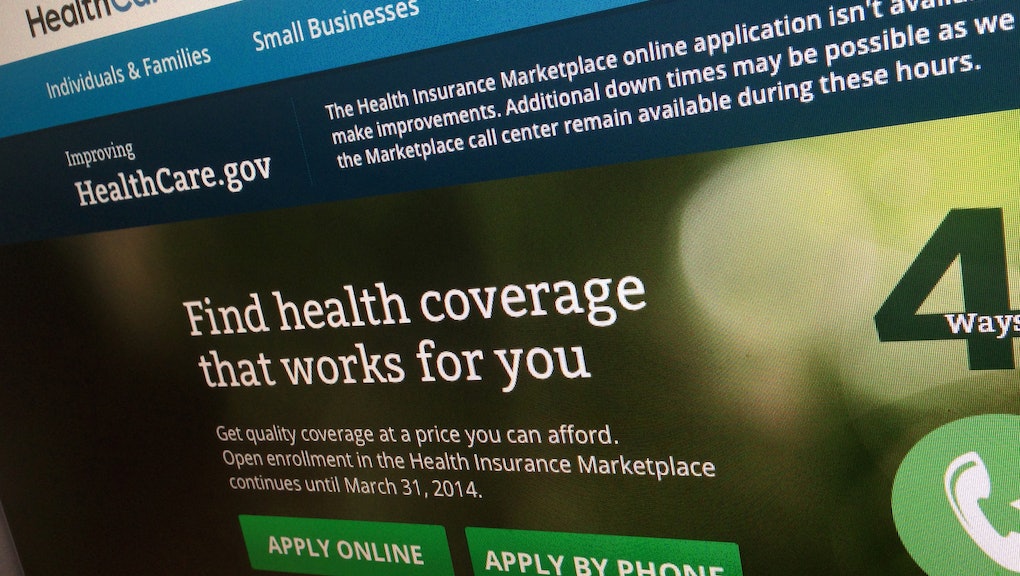 How Well is the Obamacare 2.0 Website Working On Its First Day?

The news: After the disastrous rollout of healthcare.gov in October, the Obama administration promised that the new, improved, and (hopefully) functional healthcare.gov would be unveiled on November 30. After fixing more than 400 bugs (of which 50, unsettlingly, were fixed Saturday night), government officials stated yesterday that the website is "night and day" from its October counterpart.

On CNN’s The State of the Union, Donna Brazile praised the new health care site, claiming she was able to access it both at 3 a.m. and at 7 a.m., without experiencing any difficulties. Also this morning, the White House released a full report detailing healthcare.gov’s progress. The site has improved — while it was operational 43% of the time in October, it now runs over 90% of the time and can handle up to 800,000 users a day, or 50,000 users simultaneously.

Response times, which used to average eight seconds, are now down to less than one second.

The website’s error rate, for which it was constantly mocked, has also decreased from 6% to approximately 0.75%, a figure just shy of the administration’s 0.5% goal.

The site reportedly now works for about 80% of users.

The next problem for Obamacare: Regardless of whether the site works, enrollment figures are what will determine the success or failure of the president’s plan. Unless an adequate number of those eligible sign up for health care, and, more importantly, and adequate mix of sick and healthy people sign up, health care may prove unsustainable to implement. Currently, the deadline for enrolling to obtain coverage on January 1 is December 23; the deadline to obtain coverage in 2014, without risking sanctions, is March 31. With a midterm election less than a year away, further failures in the implementation of Obamacare could push Democrats further away from the president, who already has an abysmally low approval rating and give Republicans the push to take back seats in both the House and the Senate.

The takeaway: While President Obama and his team have been congratulating themselves on the new and improved website, they have been very careful to lower expectations as well. Many of the reports released have done more to shed light on the gross mismanagement of the first website than reassure citizens about the current state of affairs. Unfortunately, it is too early to understand how effective enrollment has been — while there has been a surge in registrations in the past few days, there is no way to know whether the administration’s target will be met by the January 1 deadline.