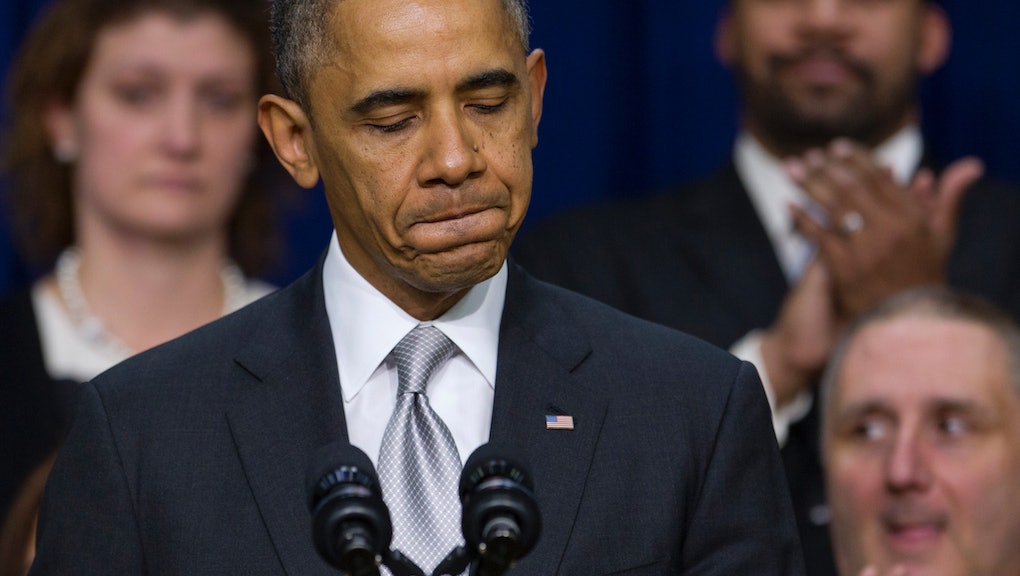 The numbers are in, and they don't look good.

Recently, we learned that only about 106,000 people signed up for coverage under the Obamacare exchanges. That's pretty bad, particularly when the White House's goal was to have 500,000 people signed up by now. To make matters worse, less than 27,000 Americans bought insurance through the actual health care website — meaning many people had to secure coverage over the phone or through state-based exchanges.

There is no doubt that HealthCare.gov has been absolutely disastrous. Even President Obama himself apologized to the American people and took blame for how poor the rollout has been. Truth be told, the problems run deeper than all of the technological glitches surrounding the website.

Without young people buying insurance under Obamacare, the financial viabilty of the entire law could be undermined. Simply put, premiums paid by younger and healthier individuals are needed to offset the costs of the medical bills accrued by the older and sicker.

So far, it appears that most of the people who have signed up are older individuals. California, for example, has the largest uninsured population in the country. According to a state health official, most of the roughly 35,000 Obamacare sign-ups were older Americans. In Kentucky, nearly three out of four enrollees were over 35. Likewise, in Ohio, groups that helped with enrollment were reporting that many coming to them were older residents.

This also matches young people's attitudes in a recent poll. According to an ABC News/Washington Post poll, opposition to the health care law among 18-29 year olds has increased by 16 points in the last month. Strong opposition to Obamacare is up 21 points. Furthermore, the fallout from the Obamacare website debacle has caused the president's overall approval rating to go down 23 points among those under 30 since January — the biggest drop for any demographic.

Young people are seeing through the provocative advertisements and tactics that claim people could keep their health plans after enrolling. That's because we are experiencing the high cost of Obamacare. An analysis by the Wall Street Journal of the lowest-cost bronze plans for a single 27-year-old man compared to the pre-Obamacare lowest-cost options is startling. Even in a state like New Jersey, which already has a heavily regulated insurance market, plans for young people are set to increase from $162 to $219. Costs in Pennsylvania will go from a low $73 to $195 for a bare-bones plan. This is the narrative in states all across the country. No wonder young people aren't signing up.

What about concerns over privacy with the "Patient Data Hub" used to administer the federal exchange? It was recently reported that a navigator in training for Obamacare accidentally sent out 2,400 people's Social Security numbers. Users who do actually sign up will have to provide sensitive information, such as Social Security numbers, to verify employment data, citizenship, etc. The man who received the 2,400 Social Security numbers perhaps said it best: "What if this had fallen into the wrong hands? It's scary. If this is happening now, how can clients of MNsure be confident their data is safe?"

If young people continue to forgo signing up under Obamacare, and insurance companies end up with too many people who are sick, they may have to further increase premiums to stay afloat. From the fumbled rollout to outrageous price increases, not to mention concerns over privacy and security breaches, more young people are realizing just how bad a deal Obamacare is for our generation.