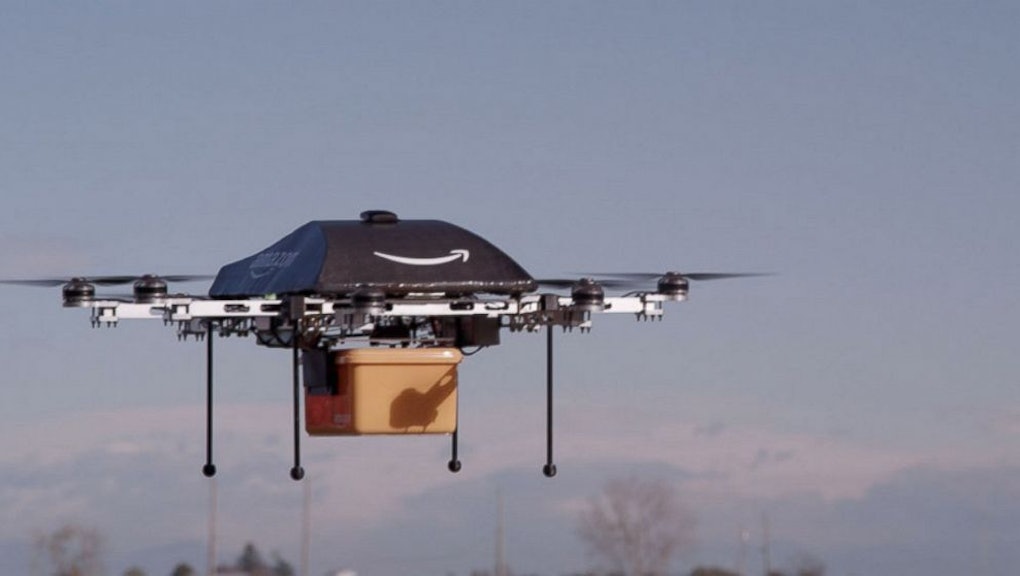 Amazon Drones Are the Creepy Future Of Delivery

The future of delivery is here, according to Amazon CEO Jeffrey P. Bezos, and it's using drones to send retail packages to consumer homes in as little as 30 minutes. In an interview on Sunday with CBS's 60 Minutes, he declared the technology and oversight capacity to implement a network of Amazon drones would be ready in as few as four to five years.

Bezos showed 60 Minutes' Charlie Rose a working prototype of an eight-rotor ornithopter which was (albeit on carefully prepared promotional video) able to deliver a package from the end of an Amazon delivery line:

The video, of course, is absolutely ridiculous, as it shows an actual human being loading packages onto an Amazon conveyor belt rather than robot arms.

It's the kind of big thinking that might actually someday be a possibility, if and when the technical hurdles are worked out. What's less clear is whether quicker deliveries is worth the side effects of all these drones flying over American cities. Will they have cameras? If so, who at Amazon would have access to the resulting up-close video feeds of peoples' houses? (And would the NSA have backdoor access to those feeds?) More mundanely, what happens when the skies are full of cheaply built drones? Couldn't one just fall out of the sky and land on your face, or get stuck in your trees? And without a human involved in the process at any step, wouldn't it be pretty easy to steal your packages or even the drone itself?

As Ars Technica observed back in August, even trash cans can be used to stealthily spy on you.

Amazon's clearly thinking about the future - but it still has to prove it's one we'll want to live in.

Meanwhile, the rest of us are making fun of it. Here's U.K. book retailer Waterstones' supposed plan for the Ornithological Waterstones Landing Service (O.W.L.S.):