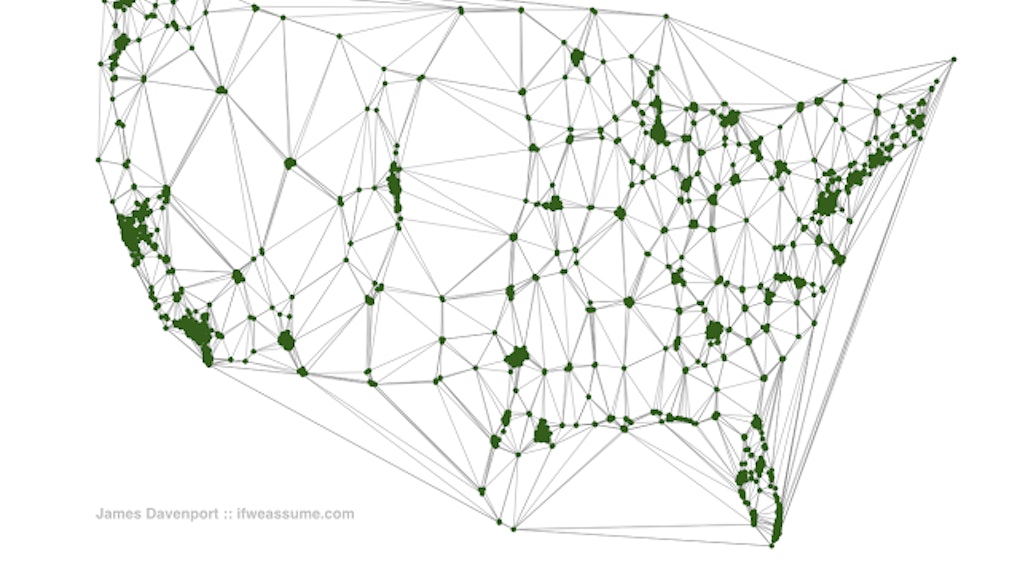 80% Of Americans Live 20 Miles From a Starbucks

We all knew Starbucks was big. But did you know it’s essentially omnipresent?

That’s what Jim Davenport (blogger at ifweassume.com) found when he looked at the distribution of Starbucks locations around the United States. It’s an understatement to say there are A LOT of Starbucks branches in the U.S. If someone asked you where the closest Starbucks was, could you tell them? Probably. Because, as it turns out, 80% of Americans live within 20 miles of a Starbucks.

Notice they’re clustered on the coasts and around metropolitan areas (naturally), but when you triangulate them, the map of the U.S. becomes pretty clear. That’s pretty cool. But then Davenport looked at population levels around Starbucks locations, using U.S. census data.

And the results were pretty insane:

Eighty percent of Americans live within a 20-mile radius of a Starbucks. That comes to more than 250 million people. Starbucks is ubiquitous.

In 2005 there were 169 Starbucks locations within a 5-mile radius of 45th street and Madison Avenue in Manhattan. Anyone think that number has gone down? And you can get a good idea of your rent costs, simply by finding the closest location.

Turns out, the furthest you can get from a Starbucks in the United States is 140 miles. That’s about an hour and a half of driving max to get to a Starbucks, no matter where you are. That’s either comforting or incredibly disconcerting.

At this point, there isn’t any fighting it. We truly are the United States of Starbucks.