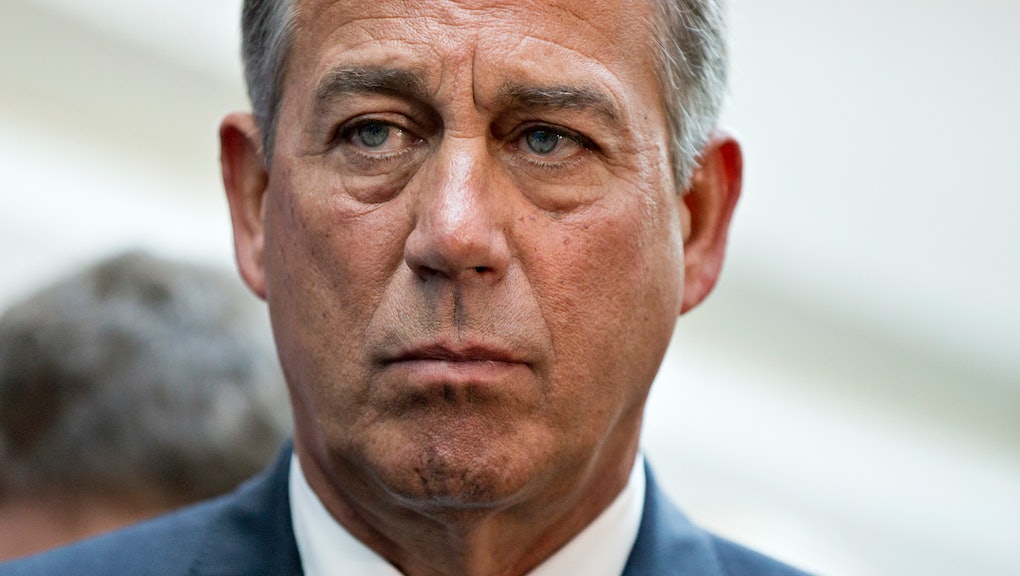 Why Conservatives Will Deeply Regret Coining the Term "Obamacare"

One day, in the not too distant future, conservatives will deeply regret their decision to use "Obamacare" as an epithet for the Affordable Care Act (ACA).

This isn't to say that the tactic isn't working right now. Although polls have consistently shown that an overwhelming majority of Americans supports the ACA's key provisions of the ACA, those same studies found a significant drop in approval once the ACA became labeled "Obamacare." Even comedian Jimmy Kimmel demonstrated the effectiveness of the scare label's when he interviewed Americans who opposed "Obamacare" and supported the "Affordable Care Act" without realizing that they were the same thing.

In light of the current controversies involving the glitchy health exchange website and President Barack Obama's dishonesty about whether all Americans could keep their current insurance plans, this strategy may seem like a sound, long-term plan. After all, if the ACA becomes unpopular, its fame as Obamacare will forever tarnish not only Obama's legacy, but quite possibly the Democratic Party's brand as well.

The flip side of this, of course, is that if Obamacare succeeds and becomes popular, they will have done the president and his party a massive favor. And that's where the Republicans run into a problem.

For one thing, the ACA has already solved many of the issues that caused a clamor for health care reform in the first place. It has expanded Medicare to allow seniors to receive free preventive and wellness services, required insurance companies to spend at least 80% of their premiums on actual medical services instead of using it for advertising or executive salaries, and allowed parents to enroll their children under their plans until they're 26. Just as importantly, it has made it illegal for insurance companies to drop people from their plans after they get sick, limit how much insurance a family uses, or deny coverage to chronically ill children.

The changes due next year will be even more sweeping. By the end of 2014, the ACA will have made it illegal for insurers to deny coverage due to preexisting conditions, expanded Medicaid to cover all individuals and families at 138% of the poverty level ($15,856 for individuals or $32,499 for a family of four), and provided tax credits, lowered copayments, and deductibles to offset insurance costs for working-class Americans ineligible for Medicaid (those who are 400% of the poverty level, which as of 2014 will be $45,960 for an individual and $94,200 for a family of four).

Indeed, even many of Obamacare's unpopular provisions are a direct by-product of these popular benefits: Health insurance plans are being cancelled precisely because companies feel they need to charge higher premiums to cover all 10 essential benefits, while the "individual mandate" penalty on Americans who don't buy insurance exists to protect the private market, since the only way to guarantee universal health coverage (aside from socialized health care) is to make sure people don't choose to only buy insurance when they get sick.

While the ACA may seem to be struggling now, it has another year before the 2014 midterm elections provide Republicans with an opportunity to repeal it. By that time, it is likely that the public may forget the present annoyances and start appreciating the benefits reaped by the bill.

Even if Republicans were able to win the two-thirds majority necessary to override the president and repeal the bill (which even the most optimistic pundits would agree is unlikely), Americans would no doubt oppose losing Obamacare's benefits and will consider Obamacare not the bugaboo trumped up by right-wing ad campaigns , but rather as a positive force in their lives.

And that, I predict, is precisely the moment when conservatives will regret popularizing the term Obamacare.