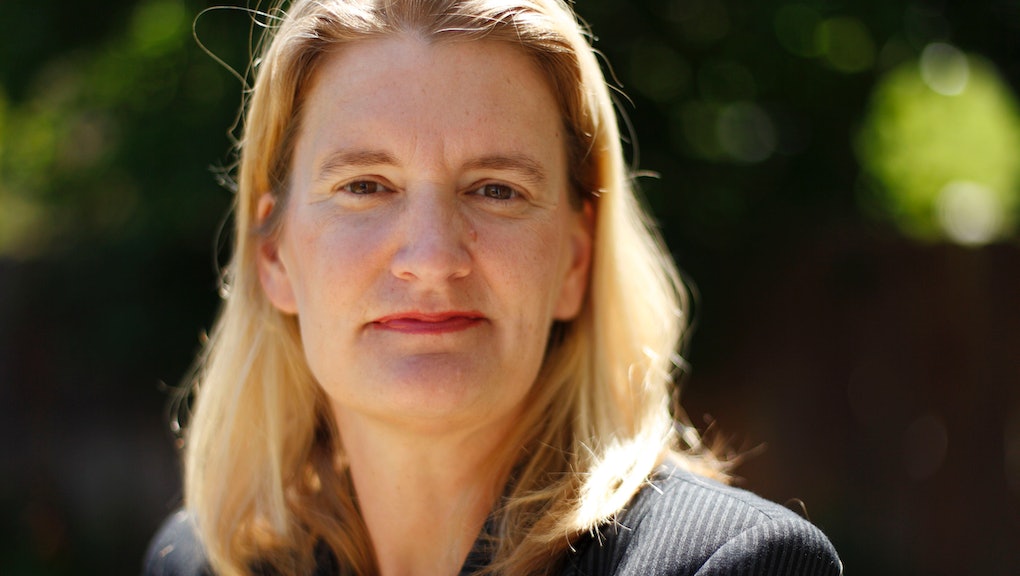 Professor Jean Twenge is Trying to Define 'Millennials,' and Getting it All Wrong

But now that I’ve gotten that off my chest, let me address the Q&A with Professor Twenge on everyone’s favorite topic: millennials.

Twenge, for those who don't know, is largely responsible for beginning the national rant against millennials with her book Generation Me, published in 2006, followed by The Narcissism Epidemic, in 2010. Her thesis: that millennials are self-obsessed, miserable, and may spell the downfall of America. In the Q&A she announces that a new book in the same vein is due out in 2015, a prolonging of this negative conversation that makes my blood boil.

Yes, all research is somewhat biased. But where I take issue with Twenge’s work is that it is intentionally misleading and destructive.

Full disclosure: I have not myself completed scientific, quantitative research about the millennial generation. However, I am a millennial and I did spend the last year pulling from every study I could find, tracking every New York Times and Forbes article, and speaking to every millennial I could get to isolate trends within our generation. That research went into a feature length documentary covering 11 US cities and over 30 in-depth interviews that wrapped less than two weeks ago.

The documentary focuses on the stories of millennial change makers and innovators across multiple industries as well as a sprinkling of older generation experts and “on the street” interviews. What we found to be overwhelmingly consistent was our generation’s need to do good and to create, and our craving for authenticity, community, and sustainability. Oh yeah, and we’re hustlers. Every generation has lazy people, our generation is no exception, but in the face of the recession millennials aren’t living at mom and dad’s as a cop-out, they’re living at mom and dad’s so they can put their income into a start-up business venture or sustain multiple unpaid internships.

We contacted Twenge multiple times for her input on this research, but she refused to comment.

The bulk of Twenge’s work for Generation Me categorized millennials as those born between 1970 and 1999, a cut-off date twelve years earlier than the majority of other studies, including those established by generational theorists Strauss and Howe. So she has a big chunk of Gen X traits (a.k.a. a totally different generation with their own strengths and weaknesses) influencing the millennials category. The bulk of her research was conducted throughout the early 2000s, a time during which the oldest members of the millennial generation (born 1982) were at max 22 and the youngest (born 2004) were not even out of the womb. This being the case, the vast majority of the research that Twenge has to defend her narcissism thesis is based on the responses of high school and college students that represent less than half of the generation. Rewind to the 80s and 90s when Gen X was in high school, the 60s and 70s when the baby boomers were and I think it’s pretty safe to say that high schoolers are in general incredibly narcissistic. In high school not having the right prom date feels more catastrophic than a world war. I mean, life is over.

I find her work destructive because she publishes findings that are not only skewed but also attempt to give millennials an excuse to settle for the lowest common denominator. Oh, finding a job is hard? Why don’t you just stop trying and play video games in your parents’ basement? Everyone else is doing it. Oh, you have an idea and you want to turn it into a marketable business? Don’t bother, your generation is a disgrace and no one would dream of investing in you. Oh, you’d like to express yourself authentically through art or some other creative forum? Why waste your time? Everyone is so busy taking selfies or watching cat videos that they’d never be interested in what you’re doing.

By presenting research in a way that cuts a demographic to shreds, Twenge is cutting the legs out from under our country’s future. In the Digiday interview, Twenge notes that her updated findings investigated how much millennials care about other people. She didn’t give an example but summarized the result as “not much,” citing lack of interest in government as a determining factor. Meanwhile, the Millennial Impact Report found that 75% of millennials donated to charities in 2011, the Pew Research Center found that more millennials volunteer than any other generation, and we found in our conversations for the documentary that millennials are turning to for-profit businesses as vehicles of positive change now that our government has stagnated. These are two very different ways of presenting information. The one says (to put it bluntly) “you guys suck” and not much else. The other says “hey, three out of four of your peers donate to charity, why haven’t you? And yeah, maybe the government isn’t where you want to place your bets right now, but have you looked into a for-profit model for your social good agenda?”

Both our film and Twenge’s updated book will debut in 2015. I hope for the sake of our generation that the film’s message is the one that stands out.