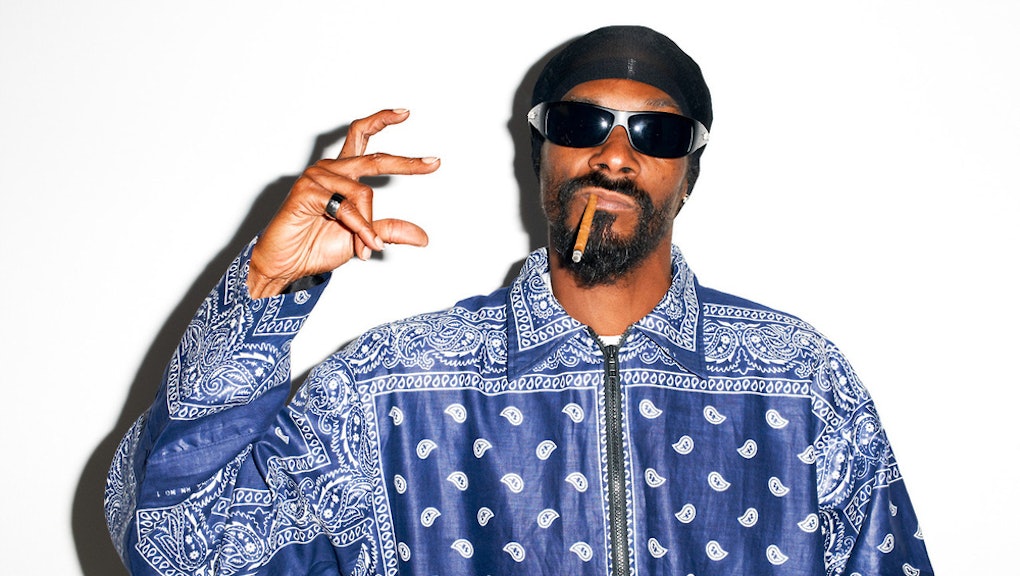 When Serena Williams won the 2012 Summer Olympics tennis tournament against Maria Sharapova 6-0 6-1, she did a victory dance. But it was not just any victory dance.

It was the Crip Walk.

Unsurprisingly, she was criticized for her celebratory move of choice, as the dance's origins lie with the infamous Crips gang. Fox News wrote, "There was Serena — the tennis legend — Crip Walking all over the most lily-white place in the world." Williams' Crip Walk could be interpreted two ways, Fox wrote. "As a stupid and insensitive celebration that dampened the crowning moment, or as a joy-filled nod to her roots."

In Williams' defense, it's easy to forget that a bout of fancy footwork could denote something quite serious: a nod to 35,000 violent gangsters.

The Crip Walk, or C-Walk, was popularized in Compton, Calif. in the 1970s. Today, the dance step — which involves quick, intricate footwork — has integrated seamlessly into pop culture (though at one time, MTV banned music videos featuring it.)

Rapper Ice-T, who is known to whip out the occasional C-Walk, says that rapper WC ("Dub-C," seen below) was the original Crip Walker. In "The Next Episode," Snoop Dogg raps, "Crip walk if you down with the set." In the music video for "Drop it Like It's Hot," he C-Walks and raps, "I keep a blue flag hanging out my backside, but only on the left side, yeah that's the Crip side." There is a song called "C-Walk" by rapper Kurupt, with a chorus, "Get cha' walk on, C-Walk, homie."

The dance may have thoroughly migrated into the mainstream, but its connotations are still real, dangerous, and relevant.

Just this past Friday, for example, a bloody 45-minute long brawl broke out between the notorious rival gangs — the Crips and the Bloods — in New York's Rikers Island prison. Four guards and three inmates were injured and sent to the hospital.

Including other gangs, there are about 1.4 million gang members and about 33,000 gangs in the U.S., according to the FBI. Gang members are responsible for 50-90% of the violent crime in the country.

PBS reported that, "Over the course of their feud, more than 15,000 people have been murdered in an ongoing cycle of violence that continues unabated." A recently retired gang investigator the New York City area who wished to go unnamed said that the 1990s marked the worst era for gang activity, but that the two gangs — and their rivalry — are still very much active, and members are more than willing to fight, and kill, for the red or the blue.

The Crips originated in a small section of Los Angeles in the 1960s. (One theory about the name "Crip" is that the younger gang members acted like pimps and the limp in their walks had neighbors calling them "cripples," later cut short to "crips.") Now that they've spread nationwide, New York City is a major hub, and prison is home to many of the members who run operations from behind bars.

Back to their signature step, the real question is: Does the C-Walk still denote a serious gang ritual, or is it just a harmless dance?

Actor and rapper CJ Mac produced the 2003 documentary C-Walk: It's a Way of Livin', filmed in South Central Los Angeles. (Mac says of the neighborhood, "Some people call this the home of the body bag. I just call it home.")

The film features renowned rap figures like Snoop Dogg, Warren G, and Ice-T. It includes the voices of several Crip gang members, whose opinions of the dance's meaning vary drastically.

Ice-T said that as the dance passes down to younger generations, it loses its history and roots. Lil Bow Wow did it during a performance, and in the documentary, Ice-T commented, "[Bow Wow] was pretty nice with it, but [he] don't know nothin' about no Crippin' … [Crips] take Crip Walkin' and Crippin' dead serious."

One gang member recollected a time that you'd never Crip Walk unless you were running with the gang. He was shocked when he saw the cheerleaders for the Lakers doing it. A man named Ghost said, "It's disrespect."

"The C-Walk is a reflection of a larger picture — of a culture, of a history, of a people, of a pain, of a suffering," said Rapper Malik Yoba.

Snoop Dogg said, "You can't get mad at some shit for growing. You didn't create it; it grew to you. You gotta respect the game and be happy that it's getting international exposure, and people actually wanna know what the meaning of it … It's global now, so people can understand what you go through." He also said, "People should be happy they're dancin' and not shootin'."

A man named One Shot said, "It's just a dance; it's how you feeling at that time … If all you focusing on in life is, 'Oh, he's doin' that dance,' then … you fucked up, homie. Your motherfuckin' values and shit is so motherfuckin' forgone and shit, because it's a big picture out here … It's a big ass motherfuckin' world out here."

Rapper Warren G said, "Just do it in a positive way. Don't throw up your sets or whatever," referring to adding gang hand signs to the dance, the way it was originally done.

"Just get your dance on."