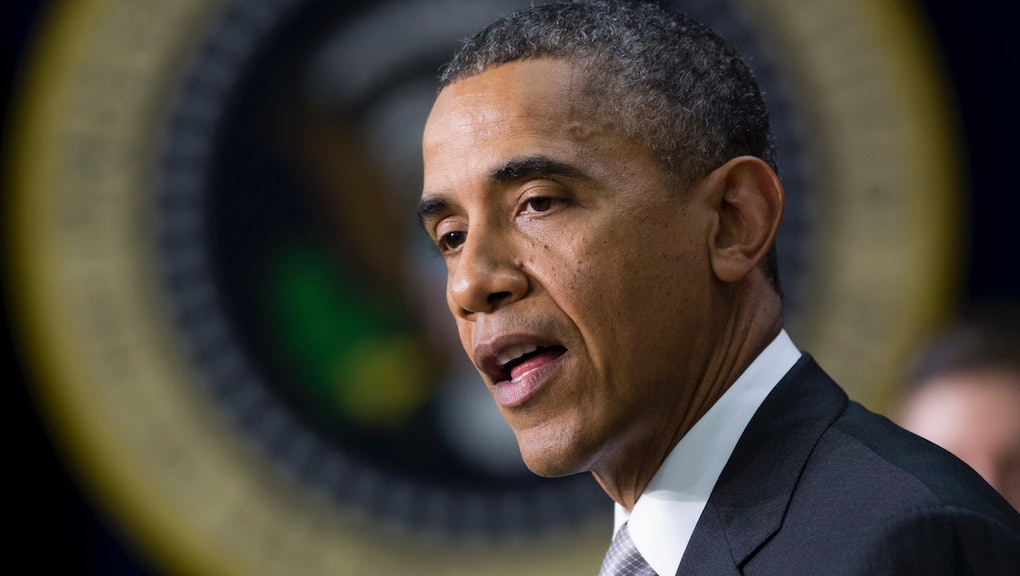 Most of my life, I have been without health care coverage. When I was lucky enough to have it, it was expensive and limited. I didn't begin going for check-ups until I enrolled in university and had access to affordable coverage, visiting my doctor when ill — not just when feeling like I was on death's door — and taking advantage of preventive and contraceptive health care.

Just having access to a doctor who could tell me what was wrong with my body and give me basic care has done a great deal for me. My health, my weight, and my body overall is the best it has been in years. Now that I'm going to school in the UK and have access to the National Health Service (NHS), I sleep more soundly. I'm not rushing to the doctor every time I get the slightest twinge of sickness, but I know that if I'm running a fever and having cold sweats, I can see a physician... and not just pray it will pass.

Because I've experienced the negative impacts of not having health care, I ardently support an overhaul of the American health care system, not just "health insurance reform law." The Affordable Care Act (ACA) makes efforts to put checks on insurance providers, most importantly by ensuring that people with pre-existing conditions aren't denied coverage, and capping premium price inflation. What it doesn't do is create a government insurance body that can include and cover all citizens. "Socialized medicine" is a dirty phrase here in the U.S., but maybe we need to look closer at the possibility of things like a public option.

Ideally, a public option would help cover those people who do not qualify for Medicaid. There are plenty of people who fall into the category of "working-poor," and there are many seemingly middle-class families that just can't squeeze out money for health insurance. The ACA is increasing the number of people who can receive coverage under Medicaid-like programs, as well as establishing that insurance companies don't cause families to hemorrhage money-paying premiums. It isn't creating an NHS-type body.

In California, where I grew up, Medi-Cal expansion will now cover more low-income people under the ACA, so a family of five with an income of around $38,000 per year will be eligible for the state insurance policy. That doesn't go far enough, however. My parents often worked on contracts — short-term jobs, not permanent work — which meant having no real benefits. My family wouldn't typically fall into the expanded Medi-Cal network, meaning that we still wouldn't have adequate health care coverage, or at least health care coverage that we could easily manage financially.

A public option was never seriously looked at and was taken out of health care reform proposals early. People are afraid that with government health care programs, we will see a complete downgrade in the kind of coverage available. I disagree. Even with a government option, there would still be private insurance providers who could compete and provide care for those who wanted it and could afford it.

A public option wouldn't eradicate class differences or immediately solve all health care problems in this country. It would give more people the opportunity to live healthy lives. In my own family, I have seen diabetes worsen because we didn't have enough money for medications or doctors' appointments. If there had been affordable, dare I say it, government-sponsored health care, maybe my family member would be in better health today. Maybe she wouldn't worry about blood sugar levels and more serious complications, but it's also because I see how some lower-class and even middle-class families fall through the cracks that I believe the ACA doesn't go far enough.

In the end, I was disappointed to see the public option go without even a guise of a fight. I naively hoped to see something more akin to a national health care scheme that exists throughout Europe and Asia. While NHS is not without fault and is constantly under public scrutiny, it's an important public service. If we had pursued, argued, and debated the public option, maybe we could have had a national health service of our own, or at least the very beginnings of one.

The ACA takes the necessary first steps towards ensuring that people without coverage have access to it, but it doesn't do enough to create a completely inclusive system.