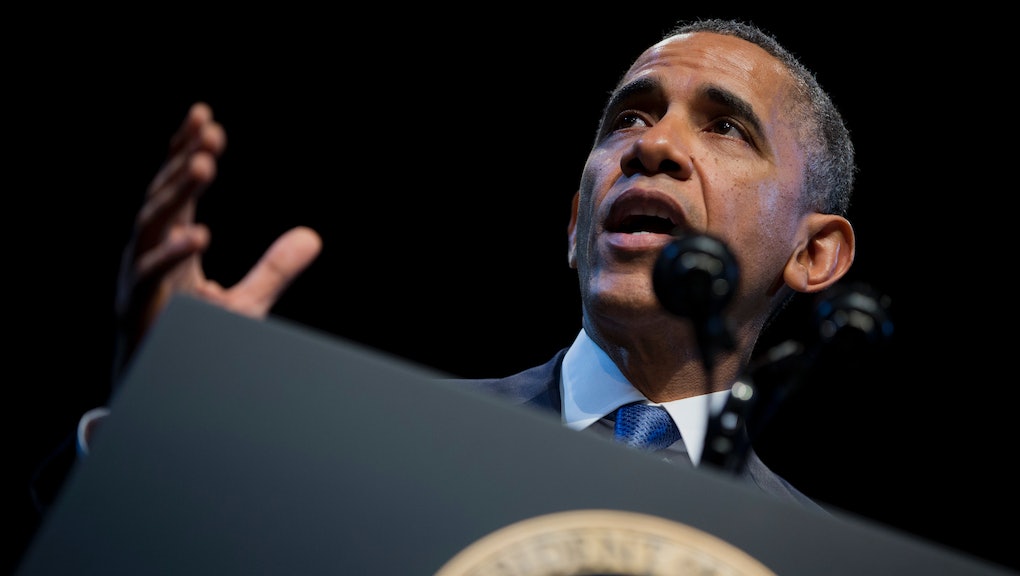 Millennials Helped Elect Obama, So Why Are We Sitting At the Kids Table?

President Obama has gone to great lengths to claim that there is a seat at the table for everyone in his White House.

In theory, it may be true that everyone is invited to participate, but as a practical matter, there are really two tables — one reserved for the president, special interests groups, unions, and powerful lobbyists, and the other is set aside for the generation that elected him.

In the Obama White House, millennials find themselves in a predicament typical of the holiday season: too old to sit with the kids, but with no invitation to sit with the adults. Instead, the president and these other so-called adults are in the other room cutting deals to save themselves — at the expense of the generation that put them there.

This dichotomy was crystal clear when it came to the rollout of the Affordable Care Act (ACA). A law as vast and unwieldy as ACA is bound to have difficulties in the implementation process — and, at the adults' table, the president apologized and addressed these concerns. He delayed the law for employers, but not employees. He relieved unions of taxes through subsidies by rewriting the eligibility rules for Taft-Hartley plans. He recognizes technical problems with the online exchanges and delayed enrollment for small businesses by a year, but refuses to consider proposals to do the same for individuals. If you have a seat at the adults' table, it would seem that a kiss on the ring and an executive order seem to magically erase entire sections of the law that apply to you.

In deciding how to divide what's left, the president has taken the concerns of the adults one-by-one. Ours is a forgiving generation, and one that re-elected him despite being unemployed at nearly twice the national average in 2012. This isn't a matter of impatience, but one of scarcity. Most of the special delays, reprieves, and subsidies have already been granted, leaving those of us not at the adults' table bereft of both actual and political capital.

Finally, the White House announced a Youth Summit Social, where a select few get the opportunity to discuss ACA with senior White House officials and the rest can follow the summit on various social media channels. Essentially, if you are a powerful business entity or a lobbyist, a meeting at the White House earns you a break from the law's most exacting provisions; if you are a member of the generation that elected the president and for whom ACA has the greatest impact, you get a hashtag. When your yearly premiums could go up 200%, good luck getting an answer from #WHYouth.

If our generation will ultimately end up footing the bill for dinner, then we deserve a real place at that table. The White House Youth Summit Social is merely a kids' table in disguise. Just as others have gotten special treatment under the law, this generation — which already carries more personal, educational, and national debt than any other in history — deserves a meaningful dialogue about delaying, repealing, and replacing parts of the law that will hurt us the most.

The disheartening reality is that the White House must put on this charade of online outreach, Google Hangouts with celebrities, and a carefully scripted dialogue because the president has nothing left to give. He used up his favors on his high-powered friends and now has no way to sugarcoat the awful truth that the cost of the law falls squarely on the shoulders of young Americans. The president's last bargaining chip — the millennial credit card — is the final item remaining on the adults' table, and our generation is not even allowed in the room.

Young people had great hopes for this president. When young voters elected and re-elected him, they were not seeking an ambassadorship or looking to benefit on the backend from a costly piece of legislation. They were hoping for a brighter, more prosperous future. There was no lobbyist fighting for young people at the adults' table where the deals were cut to finance the ACA on the back of our generation. We could not have bought a seat at that table through a sizable donation to the president's campaign or inaugural committee.

Our generation gave the president his job, his most valuable asset. In return, he has mortgaged away our future.