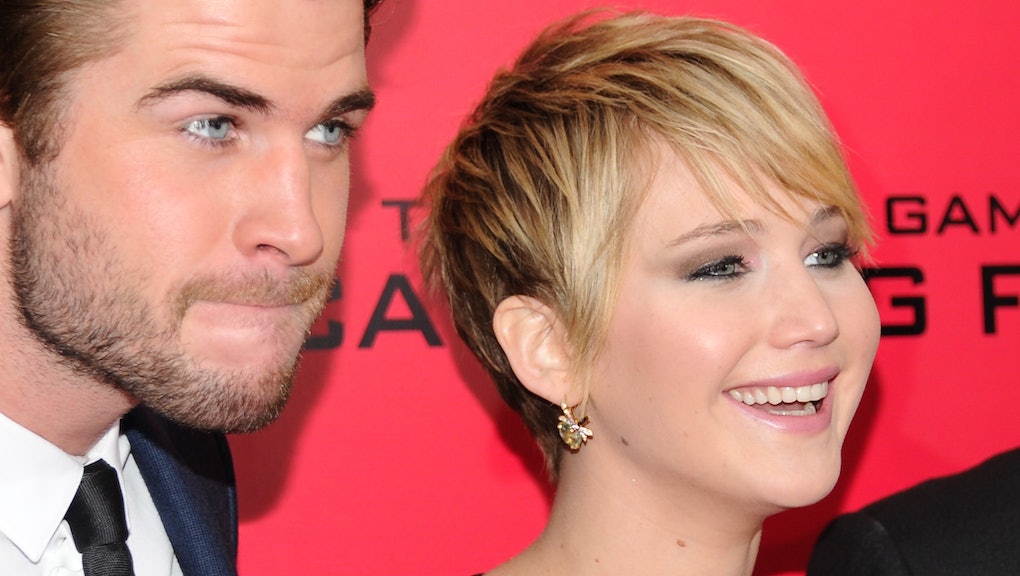 Katniss Everdeen is My Alter Ego

Last weekend, I watched Catching Fire, the second movie adaptation of The Hunger Games trilogy. In one standout scene, Haymitch Abernathy looks over at our heroine, Katniss Everdeen, and tells her that one of the men in her budding love triangle, Peeta, is too good for her, that she doesn’t deserve him. She all but rolls her eyes, telling him that no one decent ever wins the Hunger Games.

Indeed, Katniss. As Laurel Thatcher Ulrich said, "Well-behaved women seldom make history." Today, thankfully, there is increasingly more space for the woman who is not well-behaved. The fan response to Katniss Everdeen shows that we young women hunger for characters who are more than just sugar and spice.

But why do the other characters hate on Katniss in the first place?

Being hard on Katniss for her romantic choices, as Haymitch is, makes little sense in a totalitarian dystopia like District 12, where it makes sense to form shallow, fleeting, relationships. (In fact, it's encouraged in order to win the Games.) Love doesn't flourish when you're struggling to survive.

Ironically, neither do strict gender roles. Katniss is not Twilight's Bella Swan, swooning over a safe (and yet slightly dangerous) older man. She takes care of herself, her family, her allies in the game. Katniss is nurturing, all right, but her caretaker skills are typically identified as masculine — she’s a hunter and a killer, not a bread baker like Peeta.

But other characters in the film still react negatively to Katniss when she bucks social expectations, even those which allow for something as warped as the Hunger Games. While we don't see how Katniss was raised or how she was expected to behave, we do see how people react to her little sister, Prim. Prim is much warmer, much softer, and everyone loves her, while Katniss is often criticized for being cold and told to smile more, rewarded by applause when she acts "feminine."

Katniss's experience with the authority figures in the Capitol, like Effie and Caesar, who shame her for being insufficiently warm or ladylike and reward her for twirling giddily mirrors what young women go through every day off-screen. We often expect young women to be feminine and caring, and indoctrinate these same young women into caring, feminine roles through our pop culture presentation of the gentlewoman as the ideal.

In reality, like Katniss, we women have always had more strength than we are given credit for.

When I think about how what the "Katniss problem" — the expectation that women should be warm and caring, even when they are fighting for their lives — means for young women today, I think about how I myself was brought up. I was raised to smile all the time, to not talk about my problems, to be 'ladylike.' Being ladylike meant watching your weight, not expressing frustration, and doing all of the housework. I was taught, too, that men can't really be expected to understand or appreciate the labor that a woman does at home.

(If this sounds old-fashioned, it may be helpful to know that I was raised by my grandmother.)

The funny thing about my grandmother and the lessons she taught me was that she seemed unaware of the power she herself held in our family. Everyone knew she was not to be trifled with, it seemed, except her.

Today, as a grown, adult woman, I still see the tension between how we expect a woman should act like, and how we women do act.

Cultural conceits like the so-called "nice guy"— the man who is alternately rewarded or mocked for treating women "nicely" — linger today due to our expectation that men, not women, make the decisions, particularly sexual decisions. Men, not women, act aggressively; women, not men, behave accordingly. How else can you explain the expectation that a woman should like a man simply because he is nice to her? It's an attempt to shame women back into a role of passive complicity that only exists in the warped imagination of conservative Fox News pundits like Eric Erickson.

"If fascination with fabulous women of great mischief were not a real phenomenon, the media probably would have invented it," writes Elizabeth Wurtzel in Bitch.

Her words ring true for me. I’ve always been drawn to the stories of difficult women. The "bitch" remains powerful in our popular imagination; we love her, we love to hate her. Whether it's the acerbic Miranda Priestly from The Devil Wears Prada...

We have Generation X and the Baby Boomers to thank for fighting the battle that allows women to be difficult at all, even when they're chided for it. As millennials, we see more complex portrayals of women who are not purely good, or purely Cruella DeVille. We see women like Katniss. They may be few in number, but we see them nonetheless.

Like bell hooks says in her book Communion, the struggle to find support as a rebellious young woman is as alive as ever. We don’t want to be bitches, necessarily, but "fully self-actualized, self-realized, whole." We want to be human. We strive to be ourselves in the face of Luddite expectations about propriety.

When I was growing up, there were fewer characters like Katniss around. I could care less which man she chooses, or if she chooses one at all. I'm just glad she's here.