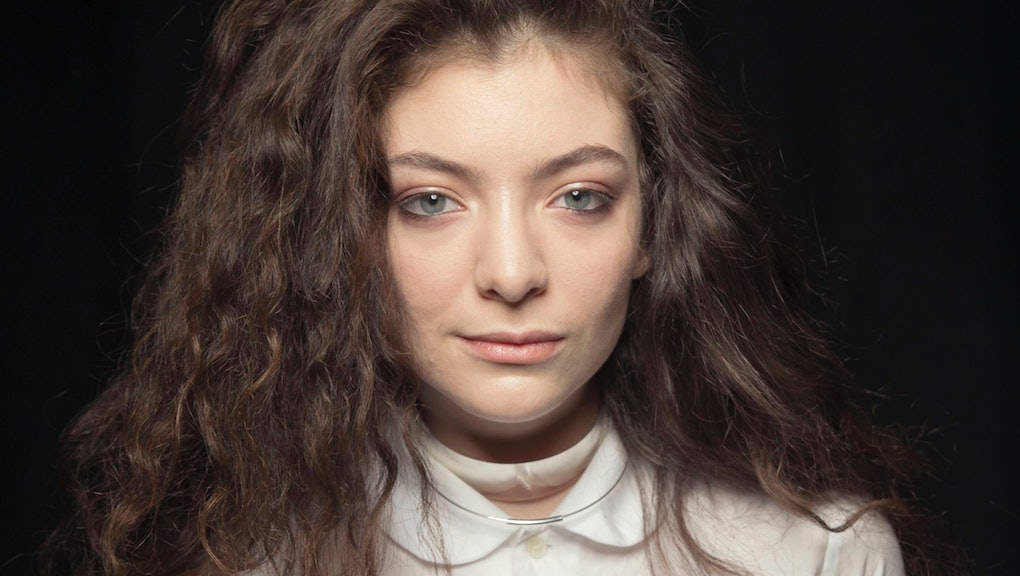 There's nothing subtle about Lorde's new music video, "Team." It's a teenager's world, and everyone else is following behind.

The video premise for Lorde's follow-up to her smash hit "Royals" came to the artist in a dream; the ultimate teenage fantasy. As Lorde described on her Facebook page, the dream showed teenagers ruling their own world, "a world with hierarchies and initiations, where the boy who was second in command had acne on his face, and so did the girl who was queen."

In actuality, the video "Team" is a literal counterpoint to a line in the song "Team", "We live in cities you'll never see onscreen." Lorde has made it her mission to bring these unseen teenage worlds to light. She's made modern worlds, steeped in the energy and confusion that teenagers have felt for centuries.

If "Royals" dismantled the notion that all teens are obsessed with wealth and material goods, "Team" tells adults even more about youth culture. This fantasy society is a world that adults wouldn't understand, and visually it's Lorde's mission to open their eyes to it, even if only a little.

The 17-year-old is edifying the teen experience better and more clearly than any mainstream artist has in years. Whether the "Team" video is a mere realization of a dream or an accurate reflection of teen culture, it's another feather in Lorde's cap as she cements herself as a window into the world of a rising generation.