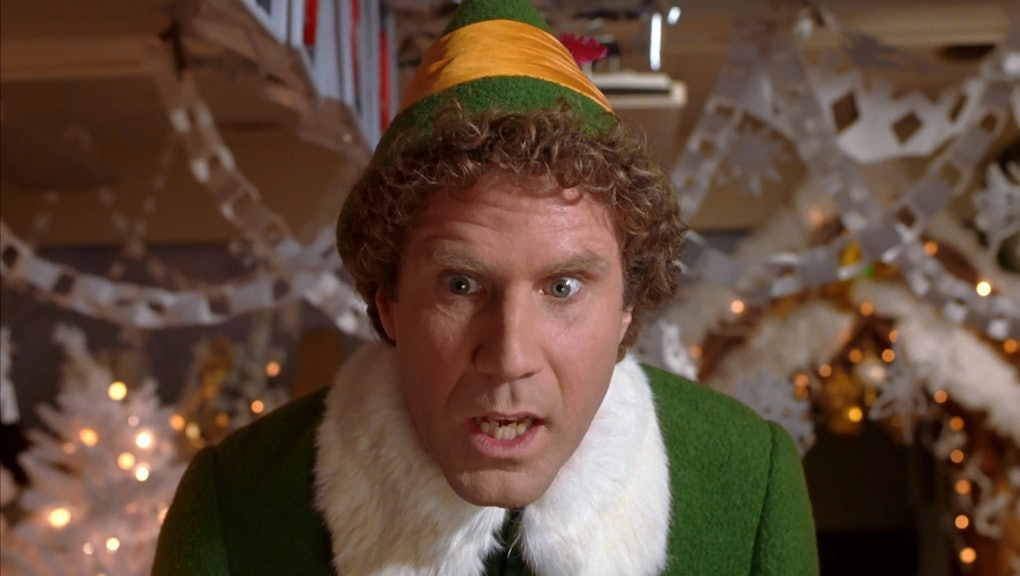 In honor of our generation's bumpy entrance into the workforce, we present you with a glance at the inner workings of Santa's workshop as reacted to by Buddy the Elf. The following is a copy of the Occupational Safety and Health Administration's report on conditions at Santa's Workshop in the North Pole. Why is OSHA using GIFs of Buddy the Elf to illustrate conditions at the pole? Because OSHA is trying to stay relevant, too.

You may be unemployed, underpaid, living with your parents, or all three, but at least you don't work at this awful, awful place.

Our initial findings at Mr. Nicholas Claus' toy workshop in the North Pole indicate rampant violations of safety, sanitation, health, and personnel regulations. We recommend a more thorough investigation be conducted by our department and other agencies. Below is a list of our most troubling findings:

1. Animals and elves in close quarters.

The reindeer are given free reign of the elves' work space. This has led to the rampant presence of reindeer feces. One elf reported that he broke his arm after slipping in feces at his workstation.

When questioned about this particular incident, Mr. Claus indicated he was late for a "milk-and-cookie tasting session, not because I'm a pig, it's just part of my job," but said he would follow up with us over email. We have yet to hear from him.

Elves also report that the reindeer, who only work one day a year, are a distraction in the workshop for the other 364.

Apparently, all they do is play reindeer games.

2. No vacation or personal days.

A perusal of Mr. Claus' Human Resources files shows no history of an elf taking a vacation or personal day. Ever.

When questioned further about this policy, Mr. Claus instead asked us if we thought he looked "Christmas fat" or "just regular fat." To be honest, we don't really know the difference.

3. No wages or benefits.

Workshop elves are paid in candy canes, a currency that bears no value given that the average candy cane can be sucked and consumed in less than five minutes.

Elves are also not privy to any kind of healthcare benefits. This is especially concerning given the high rates of diabetes in the population (see below for further details).

A short-lived attempt to unionize two years ago was promptly squashed by Mr. Claus and his attorneys. When asked about this, Mr. Claus said, "Squashed? Is that a fat joke?" and tearfully ran out of the room.

We did not witness a single green food in our entire time at the workshop, unless you include the 17 gallons of mint chocolate chip cookie ice cream in Mr. Claus' third freezer. Our projections show that one in two elves will be diagnosed with diabetes in their lifetime.

Mr. Claus seems to be enforcing this. He's been known to mock elves who bring healthy food to work, and mandate that every item in the cafeteria have chocolate as an ingredient, even the candy canes. Many believe that he shows favoritism towards the heavier-set elves. Coincidentally, we believe the wood floor of the factory may be about to cave.

The typical work week for an elf varies between 130 and 140 hours. This demanding pace is unsustainable and dangerous, and leads to workplace accidents and negligence. An elf who preferred to remain anonymous shared that a black market of Adderall, Dexedrine, and cocaine has sprung up among elves who are just trying to stay awake and alert throughout the long day.

We documented one poor fellow who, after learning he had just 12 hours to build an entire backyard playset, went on a cocaine bender and made a slide out of the monkey bars. He has since disappeared from the workshop.

6. No diversity in the workplace.

There is a severe lack of diversity in the workshop. The work force is entirely white people under five feet tall. Additionally, all human applicants to entry level positions have been immediately dismissed. Some have since found it impossible to leave the North Pole.

While investigating Mr. Claus' lack of a pilot's license, we found documentation that lists Mr. Claus, under several different names. These include but are not limited to: Nicholas Claus, Santa Claus, Saint Nick, Jolly Old Saint Nick, Kris Kringle, Father Christmas, Big Daddy Noel, Scott Calvin, and Tim Allen. We recommend a thorough background check be performed, as well as an inquiry into a long-form birth certificate for "Mr. Claus."

When asked for a form of identification, Mr. Claus provided a driver's license. This, however, was clearly fake, as evidenced by his stated height and weight: 6'2", 150 pounds.