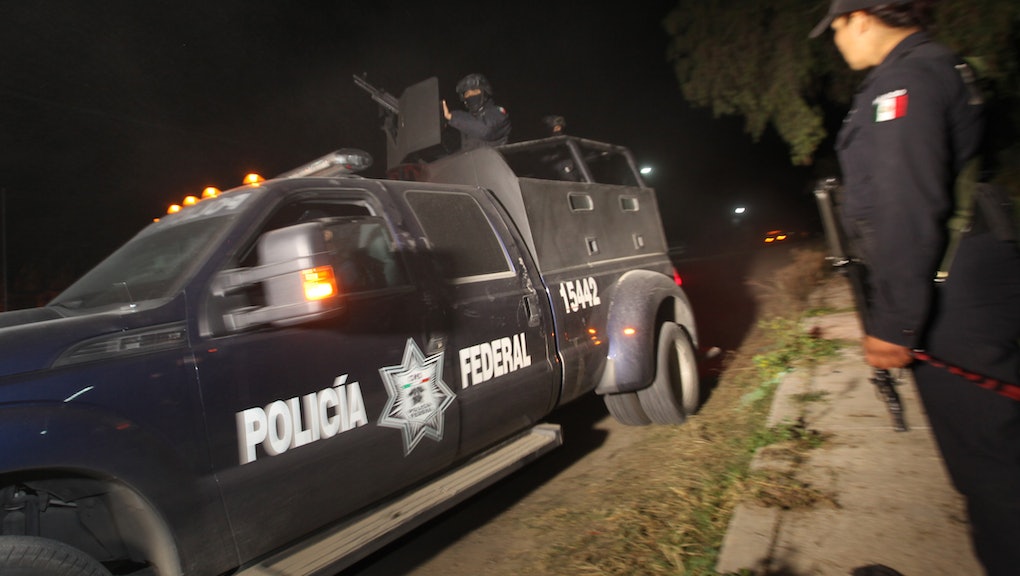 The news: Just days after the International Atomic Energy Agency announced that a truck carrying potentially dangerous material, cobalt-60, was stolen from a hospital outside of Mexico City, Mexican authorities announced they've recovered the stolen radioactive material. Because of cobalt-60's high potential for extremely dangerous use, authorities engaged in an aggressive manhunt across six Mexican states that led to the material's discovery just hours after the United Nations' nuclear agency issued a report on the dangers of what could happen should the material fall into the wrong hands.

Authorities found the stolen cobalt-60 and the Volkswagen truck used in its theft Wednesday afternoon about 25 miles from where it was stolen earlier in the week, near the town of Hueypoxtla. They first located the truck, empty of its radioactive material, but soon discovered the opened container of cobalt-60 down the road.

Because Hueypoxtla is in a rural area, the material posed no threat to the general population or need for evacuation, according to Juan Eibenschutz, director general of the National Commission of Nuclear Safety and Safeguards.

However, the thieves won't be as lucky. Commission physicist Mardonio Jimenez remarked that handling this material improperly is extremely dangerous and will likely lead to the thieves' demise. "The people who handled it will have severe problems with radiation," Jimenez said. "They will, without a doubt, die."

The aftermath: There are several disconcerting aspects of this ordeal. Aside from its use in treating cancer, cobalt-60 can be used to make a potentially very dangerous "dirty bomb." The company transporting the material didn't follow proper procedure for the transportation of this material, and the truck's driver was taking a nap on the side of the road when the hijacking occurred.

Eibenschutz said that, on average, a half dozen thefts of radioactive materials in Mexico are reported each year but none have proven to be aimed at the cargo itself, as appeared to be the case with this week's incident. Most authorities agree that the thieves likely didn't really know what they had taken and didn't have a terrorist plot in the works.

Going forward: Now, it's no shock that crime is rampant in Mexico. Thousands and thousands of kidnappings are commonplace, and Mexican drug cartels are as dangerous as ever. Though this week's cobalt-60 theft hasn't yet caused any lasting problems, and while most of the thefts of radioactive material in Mexico don't seem to be about the cargo itself, it's troubling that something so potentially dangerous could be taken so easily. In the hands of more organized criminals with more devious plans, the outcome could have been a lot worse. That said, the coordination of the multiple international and Mexican national agencies to track down the stolen material was swift and admirable. One can only hope that any future incident will be handled as well.