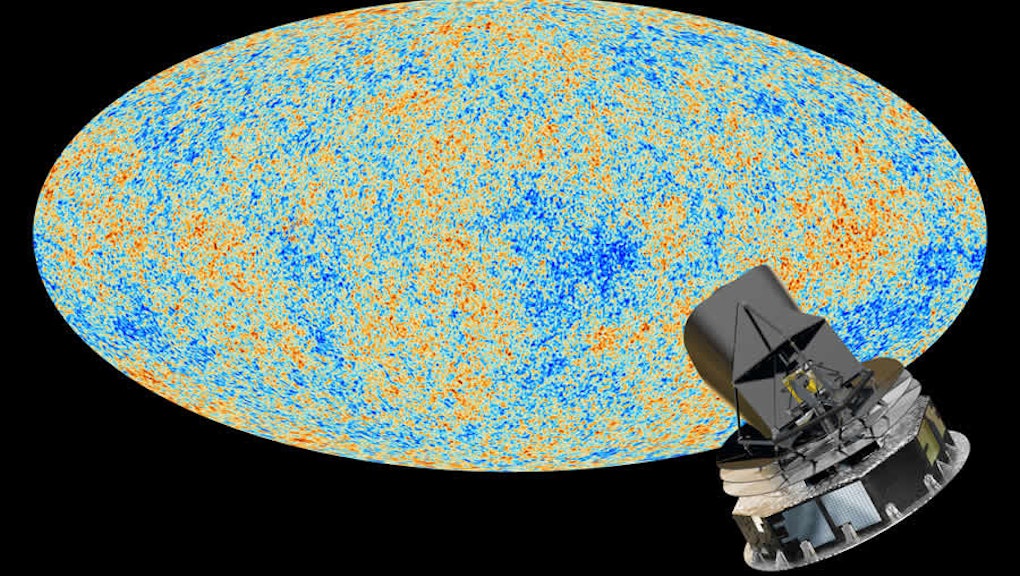 This Will Blow Your Mind: There Are Billions Of Universes Like Ours Out There

The news: Scientists believe they've found the first evidence that our universe is just one of billions out there. So the vast, humbling expanse surrounding our little speck of a planet is actually just a tiny speck in an even vaster, unfathomably humbling expanse.

The European Space Agency's Planck spacecraft gathered samples of radiation leftover from the Big Bang that have been floating through space for 3,700,00 years and are still glowing with the after-effects. If our universe is the only thing at play, then that radiation should theoretically be evenly spread throughout it. But Planck's findings indicate that it's much more highly concentrated at one end of the universe than the other, which scientists attribute to the gravitational pull of other universes outside of our own.

The background: The theory of billions of other universes has existed for decades, but nobody has found solid evidence to support the theory until now. The scientists who analyzed the Planck data say that there's no other explanation for the unevenly-distributed radiation. They believe they've found definitive proof that there's much more out there than we originally thought.

"These anomalies were caused by other universes pulling on our universe as it formed during the Big Bang," said Laura Mersini-Houghton, a University of North Carolina at Chapel Hill theoretical physicist, according to Space Industry News. "They are the first hard evidence for the existence of other universes that we have seen."

We're a long way away from having the equipment to try to physically explore other universes, so for now, proving that they exist is a huge step for science and space-exploration.

The takeaway: NASA may have been cut off at the knees, but we're far from learning everything we can about what's beyond our planet. The more we discover, the more we realize how little we know.

We may not have found life on any planet other than ours in this particular universe, but if there are billions of others, it is increasingly unlikely that our Earth is the only one capable of sustaining life. Even the House Science Committee is discussing what experts are now calling the "very high" chance of alien life on another planet much like Earth, somewhere out there.