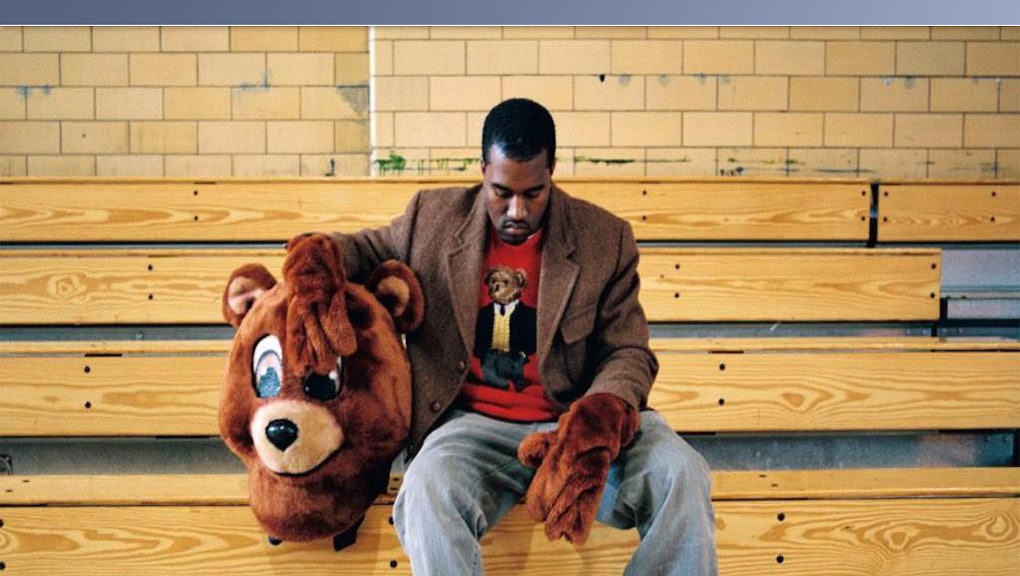 Soul has become a branding strategy — useless as a means of conveying any real personal feeling.

All this from the man who once made "Touch the Sky," "School Spirit," and "Family Business." Kanye's descent to these dark, contrarian depths from the bright, soul-sample driven hip hop where he began has been gradual. With each album, his sound has gotten more electronic and dissonant. It's as if, on Graduation, he graduated from the golden soul sound that made him. In a post-Yeezus interview, he essentially dismissed that period in his career: "I could make the soul sound in my sleep."

None have taken this bleak turn quite as far as Kanye, but his shift away from soul is far from unique. Lupe Fiasco, Erykah Badu, The Roots, and Lauryn Hill — all once our most trusted makers of similarly warm, soul-tinged hip hop and R&B — have recently been making dark records, sharp yins to the yangs of their previous work. It seems, like Kanye, that this is what their frustration sounds like. To be exact, this is what frustration with the way we consume music in 2013 sounds like.

Erykah Badu's first three albums were packed with easy soul grooves and unadorned melodic lines. They preached peace and positivity in the face of hate. But, after a brief hiatus, dissonance and a harsher electronic sound crept into her work. On 2008's "Twinkle," Badu bemoaned the ignorance of today's "children of the Matrix," whispering and wailing over a tangle of nettling percussion.

Similarly, Hill's most recent "Consumerism" targets our "skeptical, schizophrenic, masochistic" society, calling for its immediate destruction. Where her music once optimistically aimed to capture a peaceful, loving side of the world, her current releases seem more intent on exploring and mirroring the destructive effects of the modern world we all perpetuate. There's nothing uplifting or hopeful about the song; nor are there any walking basslines, horn sections, or sultry harmonies. The only thing "soul" about the track are the opening finger snaps. Soon, they're replaced by a frenetic breakbeat.

Lupe Fiasco illustrates most clearly the break with a genuine old-soul sound. Lupe's seemingly innocent "Old School Love" gives a nod to that past sound (in fact, its beat is basically ripped from Kanye's bursting-with-soul "Family Business"), but the lyrics seem to suggest that sound and feeling are dead and can never truly return: "Chiraq summer looking so cruel / How can I reel-to-reel when there's Pro Tool?" The "reel-to-reel" that birthed the early hip hop sound is dead, both because the technology it came from became obsolete, but also because, somehow, hopefully earnest hip hop stopped feeling "real" to its greatest proponents.

Lupe may be the best clue as to why. He said that he wanted to come with a "harder" first single to promote his upcoming Tetsuo & Youth, but the label ignored his wishes and went with something poppier. Such is the "nature of the beast," as Lupe described his label obligations in a recent interview. He's nonchalant now, but in the past he's fought back tooth and nail. He raged against his label on "Lupe Back," spitting over a hellish Nero dubstep, cursing them for the way they "prostituted" him, forcing him to churn out poppy neo-soul tunes.

"Radio is making our craft weak / Forced to repeat the same dumb shit that work ... / Album never leave they desk if you don't got no B.D.S [Broadcast Data Systems] / Sacrifice your publishin', they said you really need a hook." Though his new album seems to be embracing that mandate, it sounds more like giving up than looking up.

Even now, when one of these once soulful artists does put out a soul track, it comes steeped in a sense of irony or hopelessness. The soul sample on Kanye's "Bound 2," for example, gets twisted, warped, chopped, and screwed in a hundred directions before that briefly desperate (if seemingly uplifting) chorus, "I know you're tired ..." ruptures the peaceful flow. After Yeezus, it feels like the closing track might finally offer some hope. When Kanye drops into that twisted beat with the cloying "Uh huh, honey," it's a truly disturbing moment.

Kanye and Lupe's previous soul-driven sampling on songs like "Touch The Sky" and "Superstar" were key in allowing hip hop to cross over into the mainstream as fully as it has in the past decade. When the golden soul sound proved to be highly marketable, and labels started pushing more artists to write in this vein, the style — once such a spontaneous and earnest expression of joy — started to feel interchangeable and impersonal.

Soul has become a branding strategy — useless as a means of conveying any real personal feeling. These artists' new darker, electronic hip hop comes as a reaction to changing trends in the industry and reflect the frustration involved in the search for new, authentic means of musical expression. On her Tumblr, Lauryn Hill wrote on her (and similar artists') new musical direction: "I am one artist who finds value in openly discussing the dynamics within this industry that force artists to compromise or distort themselves and what they do, rather than allowing them to make the music that people need." This new, dark hip hop is the music our society needs to help us acknowledge our dark times. It's what we need to create an actual positive and hopeful environment, where that soul sound can rest easy.