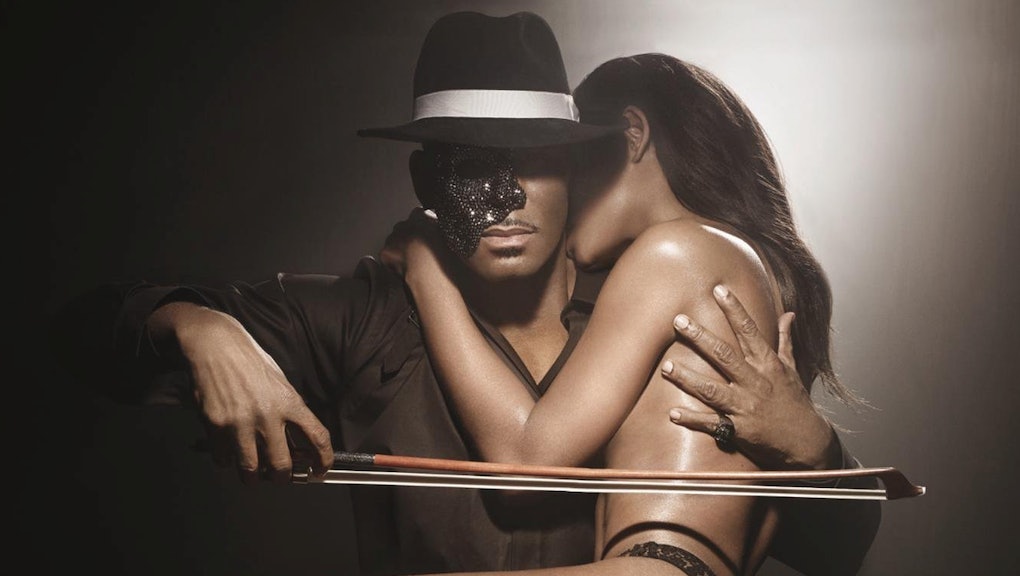 How to Love R. Kelly, While Still Hating R. Kelly

I should feel worse. I should be fighting the urge to walk to the bathroom, look in the mirror, and punch my mirror-self in the face as hard as I can. I'd imagine most of the 46-year-old R&B legend's fans feel similarly — caught between hating Kellz' nasty pedophile-ass and loving his music. But for reasons I'm still figuring out, it's not that simple.

The "Is it okay to still like R. Kelly?"-debate is hot because of an article Jezebel published entitled "R. Kelly's 'Black Panties' is a Magnificent Ode to Pussy." It's a tongue-in-cheek piece in which author Isha Aran pokes fun at the album's general ridiculousness, while celebrating its creator as an endearingly silly and über-talented sex balladeer. "Everyone's favorite masterful weaver of stories has blessed us with an 18-track opus," she writes, "winding his musical threads on his freaky sex loom …"

Funny, right? Only not so much. Check out some of the comments:

This is where we stop enjoying ourselves and remember that in 2002, R. Kelly raped a 14-year-old girl, peed on her, videotaped it … and got away with it. One could argue that he was acquitted in a court of law, but Kelly's well-known and absurdly creepy history of pursuing underage girls (including his brief marriage to a then-15-year-old Aaliyah) speaks for itself. Plus, I almost forgot: He was caught on tape raping and peeing on a child.

If you love Kellz' music but hate his modus operandi, by all means, keep listening. Just don't spend money on it.

With that in mind, try listening to "Feelin' On Yo' Booty" without vomiting in your mouth a little. Shame on us for continuing to support this man's music — his nasty, disgusting, filthy, funny, smooth, sensual, passionate, entertaining, sexy, sexy music.

You get my point: even Akiba Solomon, who wrote one of the more incisive critiques of the Jezebel review for Colorlines, confesses, "I'm not innocent of listening to old R. Kelly albums even after seeing that tape … I've been guilty of choosing pretty melodies over what is right." Clearly, even the most high-minded and moralistic of Kellz' fans aren't immune to his undeniable musical charms.

But there may be hope for us yet. Simply listening to R. Kelly's music presents very few moral dilemmas. After all, his songs aren't explicitly about his pedophilia. I think the main concern is that by purchasing his music or going to his shows, we're materially supporting (and thereby condoning) a lifestyle that involves creepy shit, like sex with young girls.

That being said, consumption is a choice, and there is a way to enjoy Kellz without enabling him. We live in an era where illegally downloading music for free is the norm. It sounds like heaven, but there's an obvious downside: The Recording Industry Association of America (RIAA) estimates that from 1999-2009, music sales in the U.S. dropped 47%. More often than not, it's the little guys getting screwed the hardest. From sound engineers to roadies and warehouse workers, "music piracy" has allegedly cost the industry over $2.5 billion and 70,000 jobs.

It's a sad story, yet there's one major upside: Consumers are significantly more powerful than they've been in the past. More than ever before, purchasing an album or concert ticket is a profound vote of confidence in an artist, label, and those who surround them. We can use this power for good: If you love Kellz' music but hate his modus operandi, by all means, keep listening. Just don't spend money on it.

This logic is admittedly flawed. R. Kelly is probably good on cash for the rest of his life, regardless, and his studio engineer is probably strapped. But Kellz also relies on a large corporate infrastructure to continue releasing and profiting from his work. So, if you want to keep stepping in the name of love without also paying a grown man to pee on a child, stealing his shit is a decent place to start. Not only will it help you sleep better at night, it'll slow his cash flow and that of the labels and employees who enable him.

I'd imagine most of us do this already without thinking about its potential ideological impact. But for the rest of you, consider this an invitation to my gangster nation. You know you've always wanted to be a pirate, anyway.