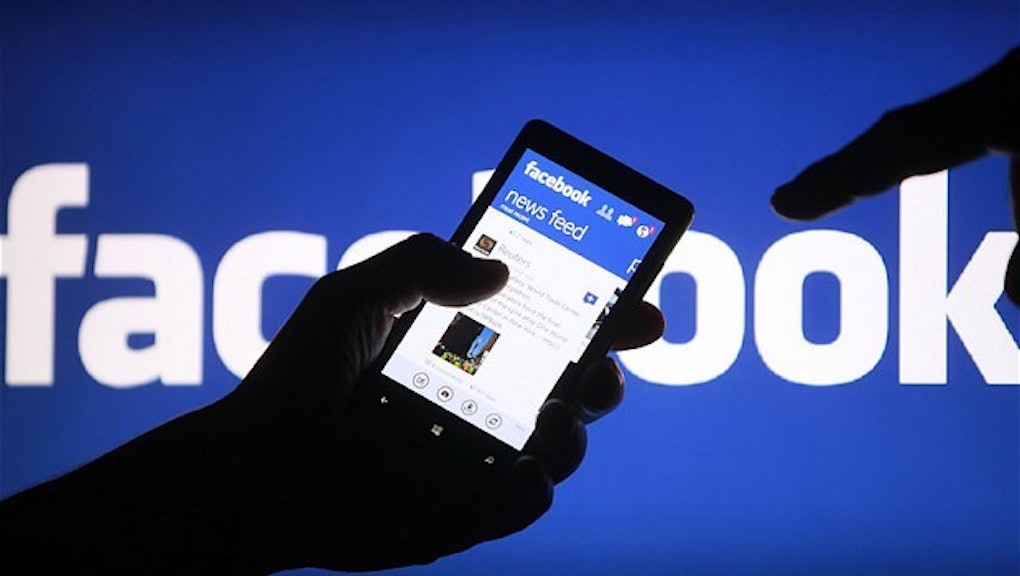 The news: Facebook's engineers have come up with a "sympathize" button as a less upbeat alternative to its classic "like" button.

According to Facebook developer Dan Muriello, during a Facebook "hackathon" that took place a "little while back" another engineer developed the sympathize button to fix a long-standing user-end problem: How can you click "like" on a status update about someone's cat dying?

The answer: changing the "like" button whenever the user posting a status chooses a different emotion from a drop-down list.

Muriello revealed the unimplemented feature during a Dec. 5 "Compassion Research Day" where both the public and experts were invited to "improve [Facebook's] understanding of the driving forces and benefits of compassion." He said that the company had eagerly considered the idea, but that they'd initially taken a pass:

"A lot of people were very excited. But we made a decision that it was not exactly the right time to launch that product. Yet."

A Facebook spokesman says that hackathons are "the foundation for great innovation and thinking about how we can better serve people around the world."

"Some of our best ideas come from hackathons, and the many ideas that don't get pursued often help us think differently about how we can improve our service."

That's it? Yeah. Nothing quite so earthshaking as the implementation of Facebook Timeline, Chat, or even the original "like" button (which really was a gamechanger).

But considering the amount of time users spend on Facebook (of the 50% of the population that uses smartphones, an average time of 30 minutes a day is logged onto the site via mobile alone), such tiny changes can have far-reaching implications. New Facebook News Feed modifications aimed at crowding out "low quality" news sources, for example, could put some high-traffic sites out of the loop entirely.

Another highly-requested feature, a "dislike" button, is almost certainly not happening, so stop sending Facebook emails about it.

But yes, soon enough your Facebook could be filled with friends rushing to garner the most virtual sympathy points. Facebook remains an industry leader in gamifying your social life, including everything from awful tragedies to your everyday unfortunate occurences.