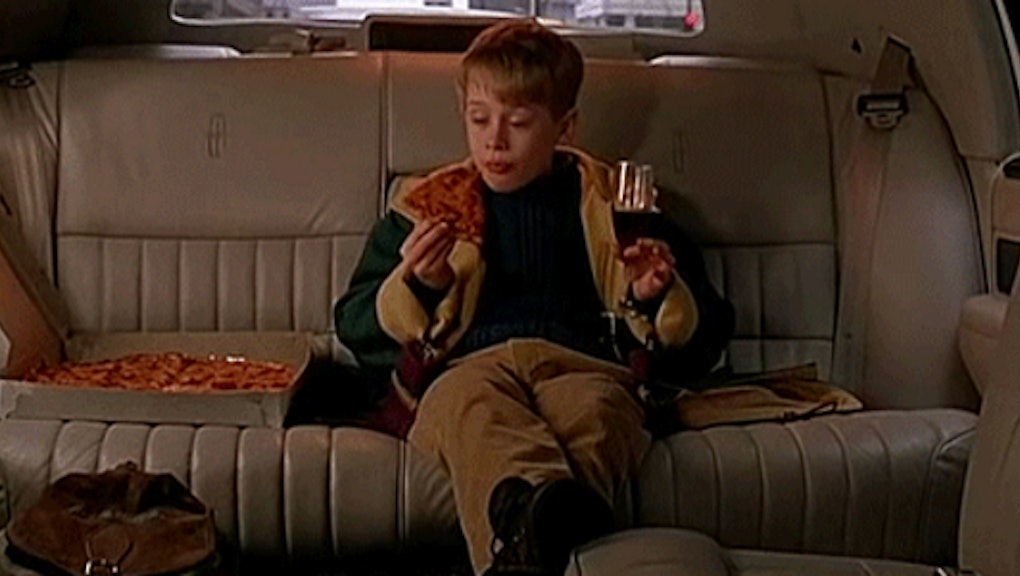 In case you were busy holiday shopping and missed it, Macaulay Culkin is back from the dead (or wherever Hollywood sends exiled child stars) and has started a pizza-themed cover band called The Pizza Underground.

The hipster-looking, mustachioed and sunglassed Pizza Underground includes five members: Culkin (percussion/kazoo/vocals), Matt Colbourn (guitar/vocals), Phoebe Kreutz (glockenspiel/vocals), Deenah Vollmer (pizza box/vocals), and Austin Kilham (tambourine/vocals). According to kazoo-aficionados, Culkin isn't half bad, and in a year where music news has largely been drowned out by the drivel of fans and haters (ahem, Miley Cyrus' twerking) the news of The Pizza Underground and its 9 minutes of quirky little parodies, is earnestly welcome.

The EP was released on Dec. 2, and pizza-lovers and '80s lovers alike have since lost their collective minds.