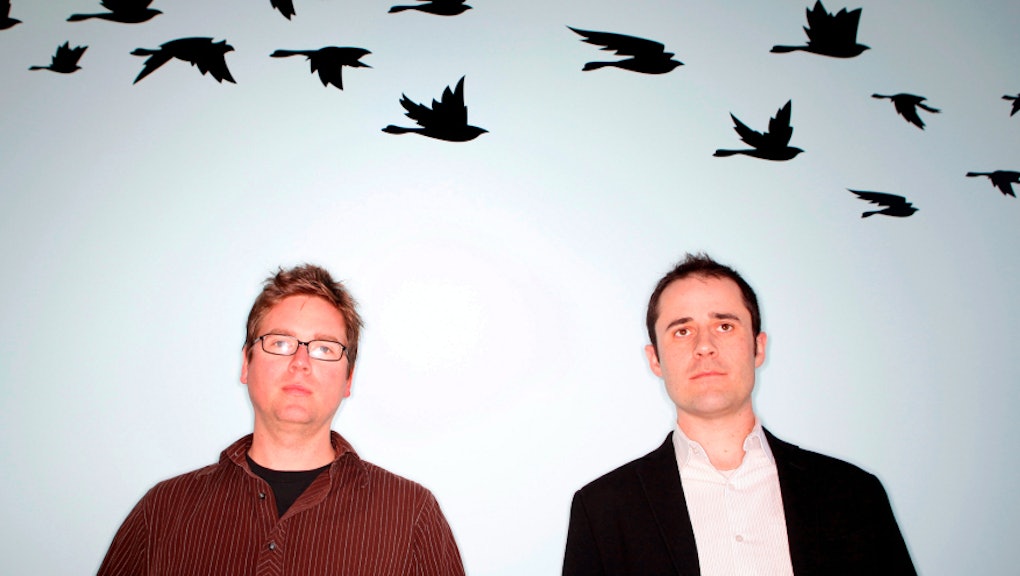 Nick Bilton's Hatching Twitter came out last month and boy was it a doozy.

The book is a rich nonfiction telling of Twitter's origins, principally focusing on the four men who were there — to various extents — at the beginning. Hatching Twitter is a story of "great men" and great metaphorical bloodshed, with power plays and vibrant levels of manipulation that would make a Machiavellian (or a Lannister) proud. The man who schemes, influences, and builds the right alliances now stands as Twitter's public face and chairman. The nicest man of the bunch was utterly ground to dust before the halfway-point of the book. While the story might be inspirational to some, it is not one you'd want to tell your kids to muster faith in the human race.

It is also, interestingly enough, a remarkably familiar story about the tech industry. You've probably heard the story of Facebook's origin, perhaps even read the book or seen the film. While those interpretations may well hold exaggerated details or, as in the case of the film, contain nonexistent elements (like Mark Zuckerberg's motivation as spurned boyfriend — though, who knows, man?), we know some facts to be true: There was the Facemash incident, there were lawsuits, there was a fallout.

On a more current note, you may have also heard about the ongoing SnapChat legal battle, with its ousted frat brother co-founder and their cage-fighting lawyers set against the disappearing-text app's recent $3 billion-offer rejection. That story is still being written, and there will probably be another nonfiction hardcover about that on the bookshelves sometime in the near future.

Of course bickering, splits, and betrayal are not new in the tech industry. Steve Jobs had a famously tumultuous early career, being tossed out of Apple and then clawing his way back in. He was also known to be an asshole, and his rivalry with Bill Gates remains one of the cattiest in history. A great Business Insider biography of Marissa Mayer detailing her pathway to the Yahoo! CEO seat shows an often-spurned individual working against a plethora of wheelin'-dealin' backroom-hustlin' suits. In the gaming world, there was the famous falling-out between the creators of Doom, John D. Carmack and John Romero, which you can read about in David Kushner's brilliant 2004 book Masters of Doom: How Two Guys Created an Empire and Transformed Pop Culture.

These cases collaboratively support the idea that billion dollar tech companies are often built upon origins of corporate violence. Zuckerberg, Mayer, Jobs, the two Johns, and the SnapChat boys may seem like a relatively small number of cases, but it's worth noting that they are merely the ones with particularly scandalous public details that effectively compel more journalistic attention. One could easily suspect — accurately, I would imagine — similar dynamics to be the status quo among the origins of all billion dollar behemoths that govern the tech landscape.

The explanation for this status quo is a fairly simple one: tech companies are competitive human enterprises like any other. They constitute a sphere of the free market, facilitating a Darwinian environment that encourages politicking, backstabbing, and other kinds of rocking-and-rolling Nietzschean-Übermensch human behavior. Such an environment is wont to attract a particular kind of person. A September op-ed in the Wall Street Journal claimed that a greater percentage of graduates from elite universities are shifting away from finance towards tech entrepreneurship. One of the explanations often offered is that these graduates "seek more meaningful work." The tech industry is unarguably the focal point of the 21st century's gold rush, and it seems mightily convenient that "meaningful work" currently exists in an area where tremendous amounts of money can be made. And so what we have here is a sphere of Übermensches clustered in a dense ball, and that's how we get really interesting and cinema-ready stories like Hatching Twitter.

This explanation is neither the most original nor the most interesting, but it does serve as a fascinating launchpad for an ironic contrast: for all our efforts to create a better human experience and a more perfect world through technology, we remain ever so morbidly human. Indeed, it suggests that no matter how things change, how many "disruptions" we make, or how many gadgets we build, we will probably always remain the same.