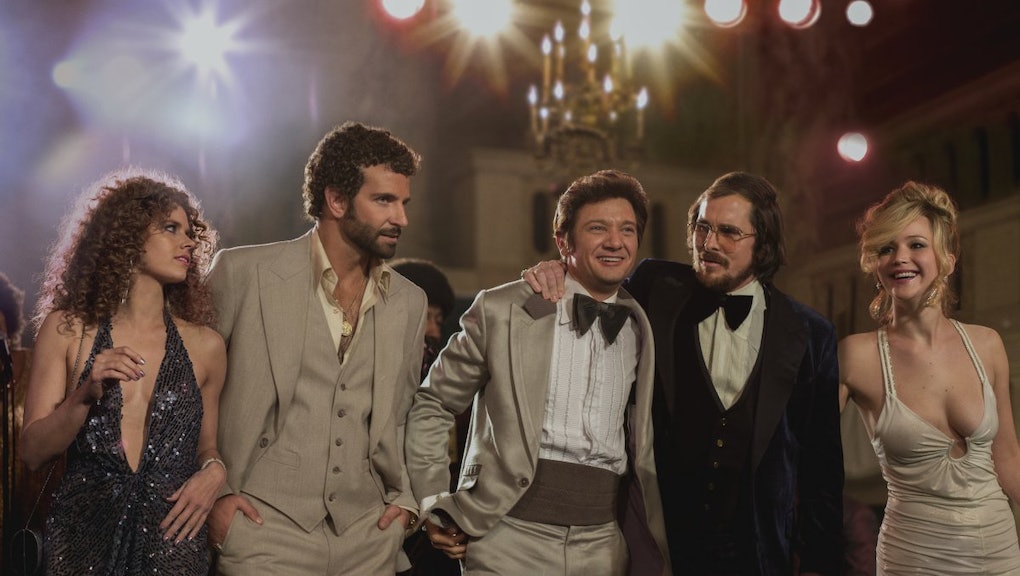 We officially have our Golden Globe nominees. On Thursday morning, bright and early, Aziz Ansari, Zoe Saldana, and Olivia Wilde announced the nominations for the 71st annual Golden Globes. In Globes style, there were a few surprises including a heavy smattering of nominations for Brooklyn Nine-Nine, and a best picture nod for Rush, and even a nominee from the TV show Parenthood.

American Hustle and 12 Years a Slave led the film nominations pack with seven nods each. On the TV side, House of Cards and Behind the Candelabra were the biggest nominees, each receiving four.

And as anticipated, our generation did us proud with acting nominations for Lena Dunham, Jennifer Lawrence, and Lupita Nyong'o. See the full list of nominees below.

Best Actor in a TV Mini-Series or Movie

Best Supporting Actress in a Series, Mini-Series, or TV Movie

Best Supporting Actor in a Series, Mini-Series or TV Movie