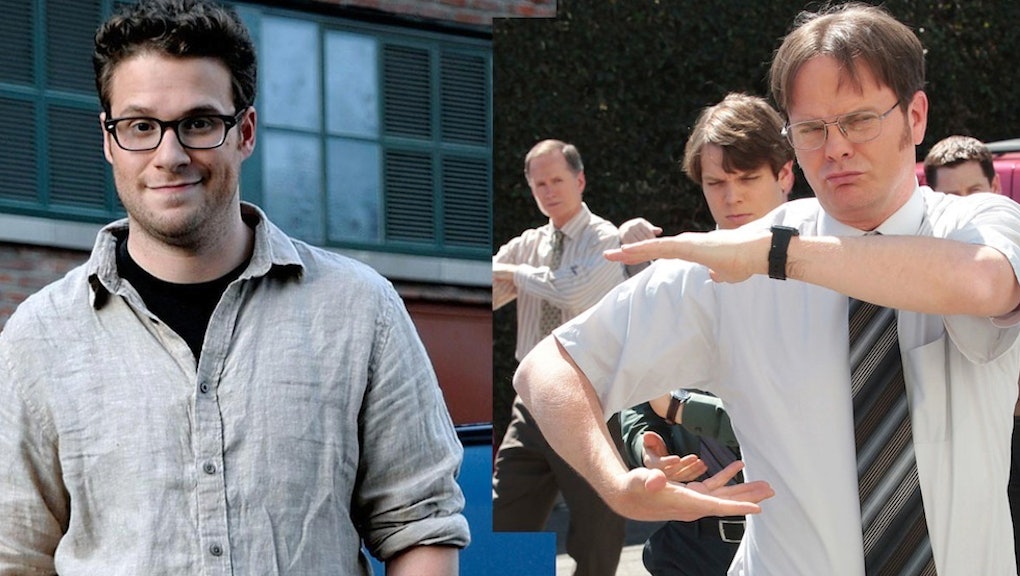 It's hard to imagine anyone else playing The Office's beloved characters, but newly released audition footage reveals that some surprising famous faces were once hoping for a spot on the show.

Watching these tapes isn't just nostalgia inducing. It's also a reminder of all the little quirks that actors like Rainn Wilson brought to the show to make their roles so iconic. This must be how it felt for the Brits when seeing Americanized versions of their characters for the first time.

Watch the video to see what could have been. A full breakdown of who auditioned for what is below.

Went on to apologize for sweating on Katherine Heigl in Knocked Up.

Hahn played big-time campaign manager Jennifer Barkley on Parks and Recreation, and had a recurring role on Girls. She plays Ben Stiller's sister in the upcoming The Secret Life of Walter Mitty.

Went on to give the most epic filibuster about Star Wars you will ever hear, guaranteed.

Harold recently appeared as Hikaru Sulu in J.J. Abram's Star Trek and had his head nearly snapped off his body in Sleep Hollow.

Viewed in light of John Krasinski's audition, Scott's humor seems too dry for Jim. We're also glad this didn't work out because we might have missed out on the most adorable wedding in TV history.