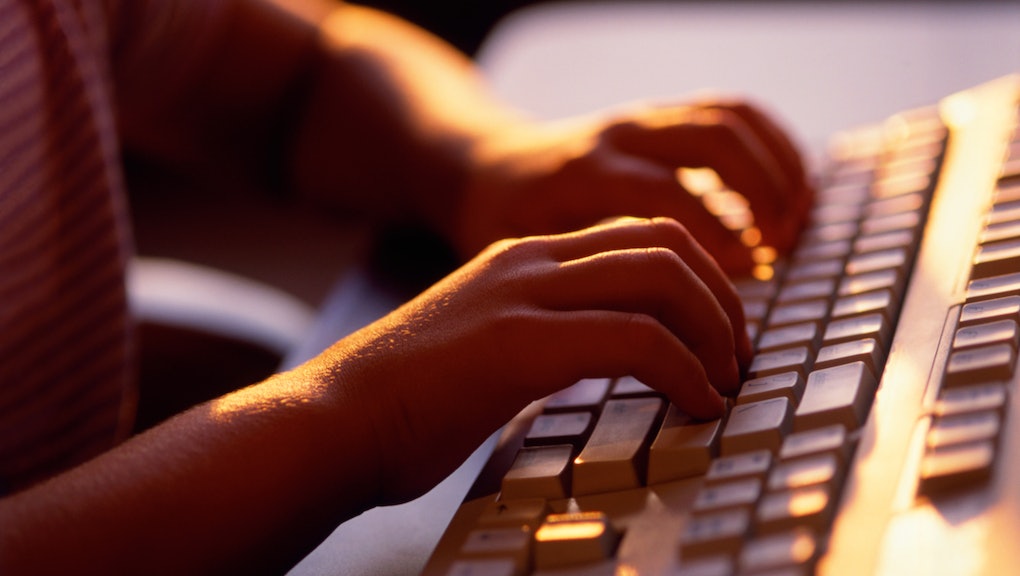 Earlier this year, I attended a panel on the future of the publishing industry. An agent, an independent bookstore owner, a newly published author at a big publishing house, an editorial assistant, and a recent graduate who had self-published a book, spoke in conversation on the nebulous questions of ebooks and physical books, author advances, getting people into bookstores, the roles of agents and editors, how to get publicity for your book, and the blight upon the earth that is Amazon.com ... among other topics. But one major topic went suspiciously, though perhaps unsurprisingly, unmentioned: fanfiction.

The idea of telling stories using characters that were created by other people is as old as storytelling itself – and used to be common practice, as most of Shakespear's works can attest – today the internet age has birthed a massive subculture dedicated to the practice. In a modern society where original creation is prized most highly, writing that borrows from preexisting source material is typically seen as trivial and illegitimate. But fandom is a rich creative community, and fanfiction can be dynamic, clever, and extraordinarily well-written.

It’s always struck me as peculiar that the publishing industry hasn’t paid more attention to this readily available pool of talented writers. There are, of course, individual fanfiction writers who have had the wherewithal to write original novels and get them published, and individual agents and editors who have pursued talented fanfiction writers. But, it is safe to say that the industry as a whole is stumped when it comes to understanding how fandom works and how to tap into its potential.

As a fan myself, who has read fanfiction for 10 years, I have always wanted talented writers who want to publish books to get the chance to do so. But as someone who also has a vested interest in the publishing industry, I’ve long been baffled and frustrated by the muddle and hesitance surrounding fanfiction. Fanfiction and fandom culture more largely are also great indicators of young people reading and getting deeply and intensely involved with the media they consume. This is valuable in and of itself, for reasons that go far beyond monetary gain, but it also represents a great opportunity for publishers – or, at least, it should.

Lately, publishing’s notable public forays into fandom have been chiefly comprised of books like 50 Shades of Grey, which take preexisting pieces of fanfiction, tweak them slightly, and publish them as “original” novels. Though 50 Shades of Grey was a runaway bestseller, it was hardly critically acclaimed, and was an obvious outlier in its genre. Though I bear E. L. James no ill will – she certainly figured something out that the rest of us didn’t, and is now resting upon her mountains and mountains of cash, if not exactly her laurels – I found it frustrating that books like 50 Shades of Grey and its ilk were seemingly the only instances of fanfiction writing that had entered the mainstream press as of last year, when there are so many other writers in fandom whose work is so much richer, more accomplished, and more interesting.

A year ago, I started wondering whether, if the big publishing houses weren’t going to handle fanfiction the way I thought they should, I could do it better myself. The idea seemed insane to me at first but I couldn’t get it out of my head. Many fanfiction writers have experience writing long narratives, and pre-established fanbases from which to build support for their first novels, so they make ideal candidates for a small press just starting to get on its feet.

Just three weeks ago, my colleagues and I launched a Kickstarter project to fund Big Bang Press’ first three novels: A Hero at the End of the World, a black comedy young adult fantasy novel by Erin Claiborne, Juniper Lane, a literary fiction queer romance by Kady Morrison, and Savage Creatures, an urban fantasy noir by Natalie Wilkinson. We have already raised upwards of $32,000 of our $40,000 goal with 10 days left in our campaign, and tellingly, the vast majority of our 770 pledges have come in small increments, ranging from $25 to $60. There is an eager audience for the stories our authors want to tell: we have pre-sold over 2,000 books already.

The internet has irrevocably changed publishing, though nobody knows how quite yet. At Big Bang Press we aren’t trying to revolutionize the publishing industry: at the moment, we’re focused on producing these three books, the first of which will be published next September. In putting our authors’ fanfiction backgrounds front and center in our campaign, we are acknowledging and embracing fandom while simultaneously encouraging fanfiction writers to try something new by writing entirely original fiction. We will see where this take us.

You can find us on Kickstarter and on our website, where you’ll find more information on the books and read their opening chapters.