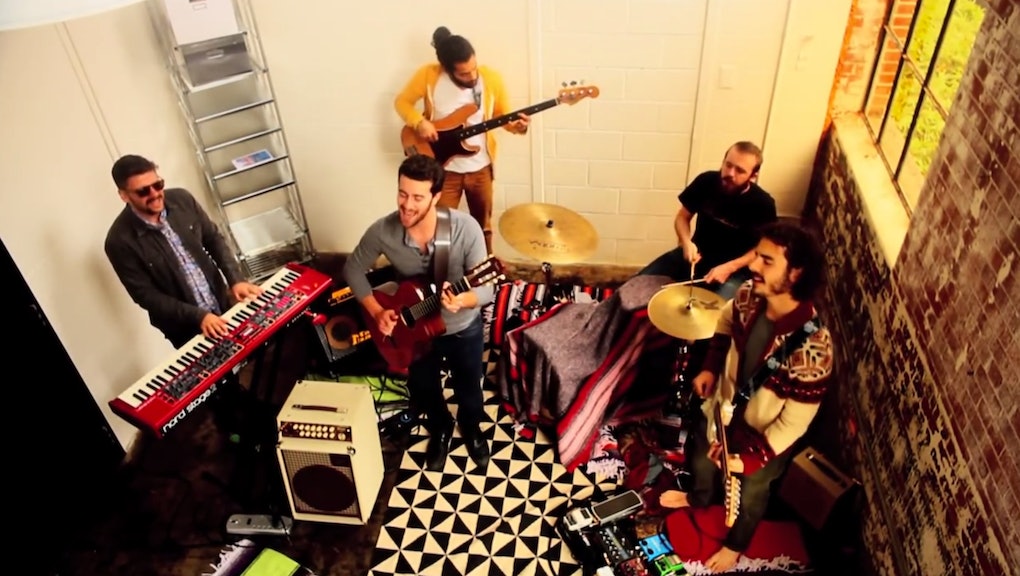 All it takes is a tweet from Justin Timberlake, and the internet's focus shifts. Last week, the Atlanta-based band The Shadowboxers released an unreal video covering Timberlake's "Pusher Love Girl" in a tiny rehearsal space in Georgia.

They do this sort of thing a lot, so they were understandably surprised when Justin Timberlake posted an ecstatic tweet about the video.

And then the lead singer of Paramore retweeted it.

And now the video has 76,000 views and counting. It's currently the fifth hit on YouTube when you search "Pusher Love Girl."

The performance is incredibly tight — all rolling grooves, lush three-part harmonies, slick organ, and falsettos that rival Timberlake's own. It's the perfect, organic take on Timberlake's neo-soul hit off The 20/20 Experience — itself one of the best love-as-a-drug songs since "I Get A Kick Out of You" and "Your Love Is My Drug." (In fact, it's definitely better than the latter.)

The Shadowboxers have been working hard as a professional band for a while now, and they've got the talent to back up their newfound notoriety. They're all in their early 20s, and last year they toured as the opening and backing band for the Indigo Girls.

With chops like these, they won't be fighting in the shadows much longer.