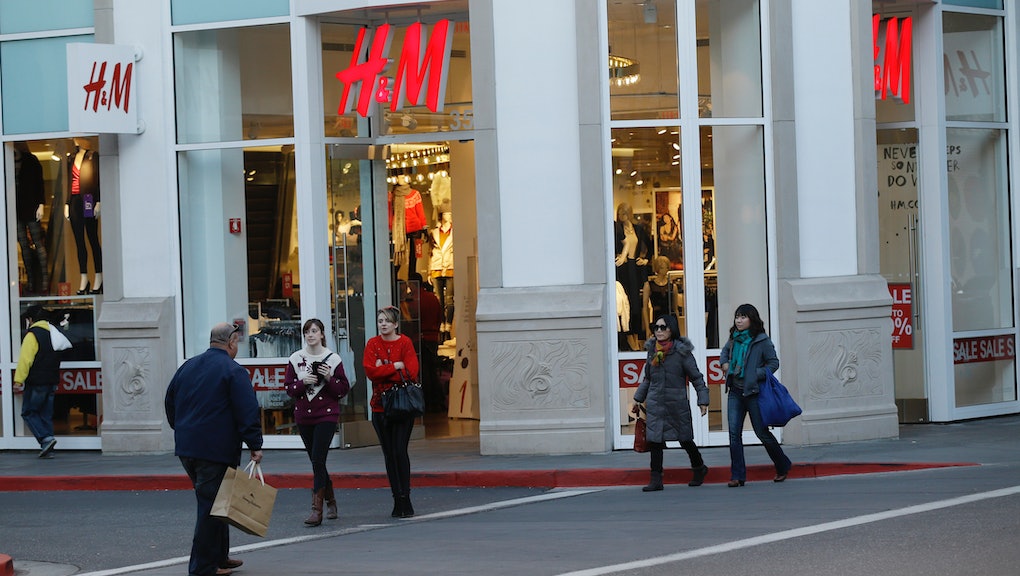 Young Asian-Americans Spend Too Much Money

According to a Nielsen report released last week, Asian-Americans are the most prolific spenders in the United States. Last year, the average annual expenditure among them totaled a whopping $61,400, nearly 40% more than that among millennial households. This spending power is partly due to a strong household income. As the study notes, Asian-American households, on average, are more likely to have incomes of $100,000 or more than general U.S. households.

As Asian-Americans become increasingly wealthy, they have become more materialistic, opening the floodgates to expensive brands from Louis Vuitton to Swarovski. While many Asian families still insist on economic prudence, others are more concerned about satisfying their immediate wants, which seems to run counter to what Asian cultures traditionally preach about spending. Our early hardships collectively taught us to invest in the future, not in the present, but new trends suggest these values are slowly dying.

An examination of Chinese culture, for instance, can partly explain why older generations are stingier with their money than millennials typically are. Those older than 50, who save more than 60% of their income, spend less because they vividly recall the financial difficulties stemming from history-changing events like the Great Famine and the Cultural Revolution, as Keith B. Richburg of the Washington Post points out.

Such hardships resonate strongly with those who immigrated to the United States, like my mother, who shared a small two-bedroom apartment with her parents and four siblings in Macau. Given the limited resources her family had, she had to spend her money wisely. This meant buying what was needed and not what was wanted. Since then, she's followed this principle every time she goes shopping.

"In Chinese, there's a saying," she said. "There are four important things in life. Food, clothing, housing and transportation. If you don't have enough money, you can eat less, buy cheaper clothes and ditch transportation in favor of walking. But you need a roof over your head."

While some experts often point to such values as a reason why many Asians and Asian-Americans tend to save their money, others, like Sheldon Garon of Foreign Policy, argue that policies and institutions that Asian countries put in place played as significant a role as cultural norms, if not more so. Japan, for example, led the charge to organize domestic savings following World War II in order to spur economic growth. On the other hand, the rapid growth of banks in China during the 1980s encouraged Chinese households to save more. Implementations and institutions like these undoubtedly shaped how many Asians spent their money, Garon asserts.

But a lot has changed over the past several decades. As Hope Yen of the Associated Press notes, changes in the U.S. immigration policy during the 1990s favored wealthy and educated workers, many of whom came from China, India and South Korea. As a result, many Asian-Americans today are wealthier than their predecessors, and they are also more likely to spend money on consumer goods. The Nielsen survey revealed that 35% of Asian-Americans said they were "swayable shopaholics."

As a 24-year-old, I must (sadly) admit that I fall into this category. I'm far from a fashion connoisseur, but I do occasionally buy pricey, brand-name clothing and sneakers, to the displeasure of my parents. My recent obsession with Air Jordan, for example, once led to an hour-long lecture from my father about how I was needlessly wasting my money on sneakers that I would probably only wear three or four times a month.

"I could buy an entire wardrobe with the amount of money you spend on your sneakers," he said once. "Learn to save your money on better things."

My father then went on discuss the extreme poverty he faced when he was younger, whereas I, as a young Asian-American born in New York, benefited from growing up in more fortunate circumstances, a narrative that many young Asian-Americans have heard. Some of us try to follow in the footsteps of our parents, but we're generally less stringent with our money.

"[My parents] teach me not to spend all at once," said Jialing Lin, a junior at Baruch College. "I am willing to pay a premium for good food, entertainment or traveling, but my parents think that it's a waste of money."

Others take their parents' hardships more seriously and make cognizant decisions about spending.

"I knew from a young age that my parents worked hard to make money, and [it] taught me the value of a dollar," said Shina Huang, a junior at St. John's University. "Even today, I'm conscious of how much I spend and what I spend it on."

While some Asian-American millennials like Huang may be more conservative in their spending habits, the Nielsen study suggests that prolific spending seems to be increasingly the norm, especially among those whose shopping habits reflect mine. Most of us don't understand the value of a dollar like Huang does, because our experiences (though far from easy) don't necessarily mirror the difficult experiences that our parents faced in Asia. Instead, we appear to have adapted to American materialism, at least for now.