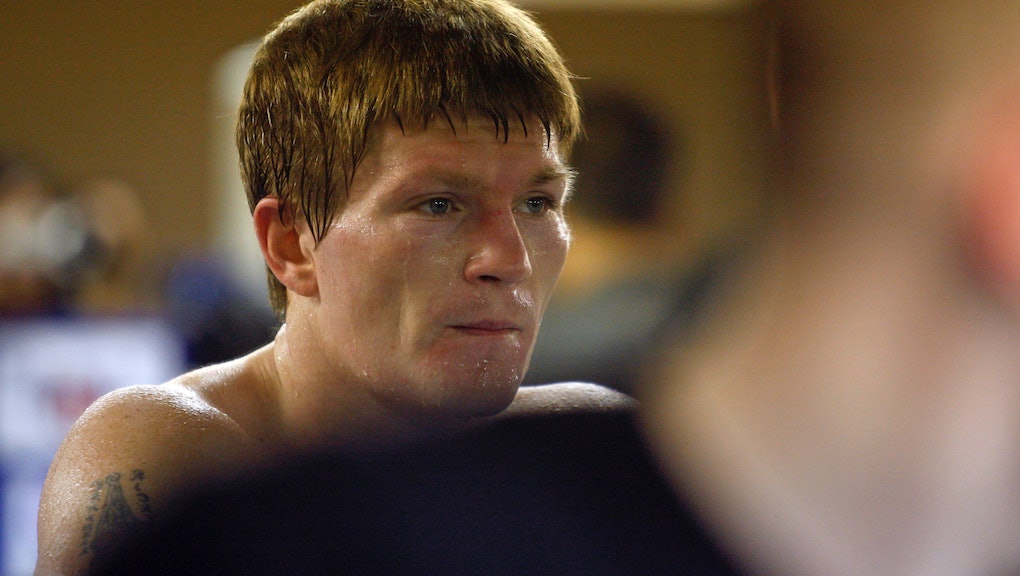 Here's What One Man Learned About Masculinity

I forget how, but a few months ago, I accidentally ended up reading a dating advice article aimed at women addressing a reader's concern that straight women can either date manly but insensitive men, or sensitive but insecure men. The clichés invoked in the article, titled "The Secret to Understanding Men: They Don't Go Both Ways" didn't surprise me, but it did surprise me that the (male) author responded that when it comes to men, there is no middle ground. He argued that men definitively fit into one of two categories: 1. The Stoic Marlboro Man, or 2. The Sensitive Artist.

Really? We have to be one or the other?

I don't feel I fit neatly into one of those categories; almost every guy I can think of doesn't either. I've been working off this theory — that when it comes to defining masculinity, most men occupy the space between these extremes — twice a week for the past three months. Each week, I've looked into a masculinity issue and tried to figure out how it affects millennial men.

In doing so, I've encountered a few extreme statements about men. Here are the three biggest ones:

1. Men should fit into what Tony Porter calls the "Man Box."

2. Men should abandon the "Man Box" and be more feminine.

3. Men need to reject femininity and reclaim their masculinity.

You can see this sentiment on Reddit's "the Red Pill," or in articles like this:

"Emboldened by the successes of feminism, women sought to slay the dragon of patriarchy by turning men into ridiculous cissies who would cry with them through chick-flicks and then cook up a decent lasagna ... Now, over a decade later, women are waking up to the fact that these men are drippy, sexless bores. The feminisation of men hasn't produced the well-rounded uber-males women were hoping for."

Curiously enough, my personal definition of masculinity blended elements of these extremes rather than adhering to one or the other. For example, I get a lot of utility out of sharing my emotions with friends, a stereotypically "feminine" activity ... but I also enjoy training in the martial arts and played outside linebacker in high school, both pretty "masculine" activities.

As I kept writing, I discovered that on many issues, other men fall between these extremes, too.

One of my first articles explored how body image issues affect men more than we might realize. The popular physical depiction of a manly man — tall, thin, hyper-muscular, and extremely good looking — is completely unrealistic. Constant exposure to images like this leave the average guy wanting 15-27 more pounds of muscle and a 3-4% decrease in body fat. A great many men feel insecure about their bodies, to the point of having psychological and behavioral problems (to which millennial men are also the most susceptible), yet we rarely talk about this issue because worrying about your body is traditionally "feminine."

In the article, I shared my own experience of feeling I needed to buy a fancy protein powder in order to bulk up. I was pleased to see several readers share their own experiences with body image insecurities and how they came to terms with them.

Perhaps the best example of a masculinity issue that I didn't initially consider to be an issue is the term "moobs." It turns out, for many men, "man boobs" are a medical condition called gynecomastia, and a source of embarrassment and self-esteem issues. "Moobs" are no laughing matter.

Other issues I had heard a bit about, but never explored; the two I greatly underestimated were touch and sharing.

Compared to many cultures, Americans are pretty touch-phobic, particularly dude to dude, which is unfortunate because there's a lot of evidence that touch benefits us in various ways. Touch releases the calming hormone oxytocin; it is the most accurate of our five senses at receiving emotional signals; it even helps NBA teams win championships.

(Seriously. I should be patting more people on the shoulder.)

That men need to share their emotions more is a bit of a cliché at this point. Sharing feelings doesn't help everyone, but it does have some physical and psychological benefits, including releasing oxytocin and strengthening our emotional connections. The effects are not as strong on men as they are on women, though, so it's not a perfect fix to simply say men should share more, especially for naturally stoic dudes. In many cases, it takes more courage for a guy to express his emotions than it does to cover them.

By far the most clear-cut masculinity issue I encountered was beards. My article on beards was not only my most viewed and shared article by far, but also the one that made me happiest to write, because I found out while researching it that the type of beard I rock (light stubble) is considered the "most attractive."

I knew I was on to something. And so were the Red Sox.

Besides the Red Sox's improbable World Series win, one of the top sports-related conversations during the tenure of my column was the Martin-Incognito bullying scandal. Many young men look to NFL players for inspiration, yet players themselves have begun to speak out against an unhealthy culture of aggression in the locker room.

The negative repercussions of this hyper-masculine sports culture, perhaps best exemplified by the Incognito scandal, seems to be an issue that affects a great many millennial men. Men raised within what Tony Porter calls the "Man Box" are more likely to be emotionally stunted and are more prone to violence, particularly violence against women.

As my friend and fellow millennial Omar said, "It takes a certain level of maturity, understanding, and confidence to step outside the man box and consciously elect to show emotion, fear, and/or weakness."

One of the biggest challenges for me was simply identifying an issue worth exploring. We remain silent on significant issues regarding masculinity not because we deny their existence, but because we just don't think to talk about them.

Through the course of my column, I've seen that my original ideas about masculinity — that millennial men are more diverse than we are given credit for — ring true for many others. I hope we can continue to show the world how we really are, instead of bending to the pressure of the extremes.