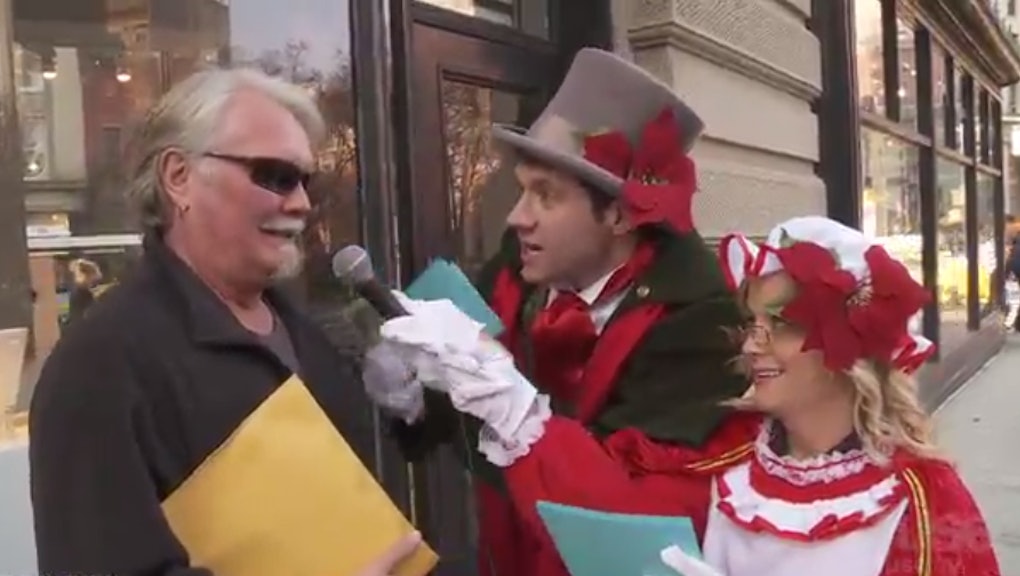 Amy Poehler's Holiday Ambush is the Viral Video Of the Day

Amy Poehler and Billy Eichner just proved that New Yorkers will do anything for a dollar when bombarded by people in caroler outfits. That, and the fact that most New Yorkers can't remember the words to Christmas carols to save their lives.

On Thursday, the two comedians took to the streets in Manhattan's Flat Iron district, clad in red velvet costumes that even Scrooge would be hard-pressed to hate. Along with a crew of videographers who struggled to keep up, the pair took off running to push microphones in the faces of unsuspecting New Yorkers with the following request:

"You want to sing Christmas carols with Amy Poehler for a dollar?"

Some say yes, some say no, some can't even pronounce the word "snow" — seriously. Along the way, they meet a baby named Arrow and a man who obviously doesn't watch much TV (he doesn't know who Poehler is. Blasphemy.). Eichner even gives a shout-out to Hanukkah after running into an Orthodox Jew.

The video offers two minutes of innocent laughter, and is the perfect end-of-week gift to us all. Happy holidays!