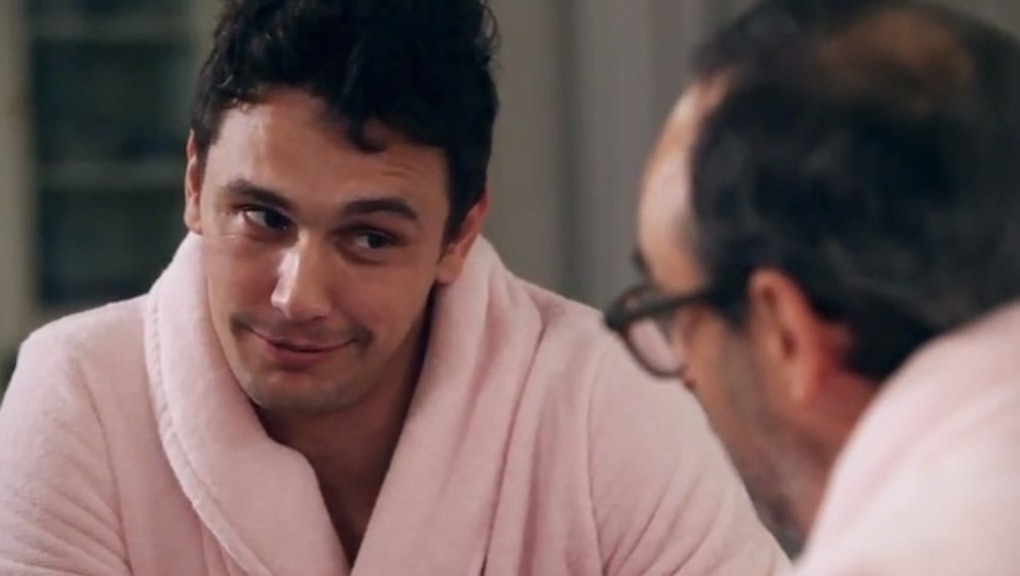 This Is What It Looks Like When a Book Goes Viral

Salman Rushdie, author of Midnight's Children and Satanic Verses, gets a Twitter account and Jonathan Franzen says he "ought to have known better." Gary Shteyngart, author of Super Sad True Love Story, decides to make a viral video promoting his new book, though, and Franzen has a starring role.

The entire video is a send-up of New York literary culture (similar to the trailer for Super Sad True Love Story in which Shteyngart's editor admits the author can't read). Franco's book is all the talk in Brooklyn coffee shops filled with real-world cultural "it" men and women like Thessaly La Force, Sloane Crosley, and Alex Merto. To add to the meta-ness, Alex Karpovsky (aka Ray on Girls) is the barista.

Franzen plays Shteyngart's therapist. Franzen, who can't even make his own fictional characters happy, would probably be the most discouraging therapist in the world. He tells Gary he's a narcissist, but on his bookshelf in the back of the shot, you can see seven copies of his own books.

To Franzen's credit, the viral video is itself an ironic look at the sort of cultural scene that thrives off internet buzz. It's so self-aware that it seems like it was shot by Gary Shteyngart's own eyeballs and edited by his Oedipus complex. Bitter, funny, or so surreal you'd rather not talk about it, I leave it to you to decide.