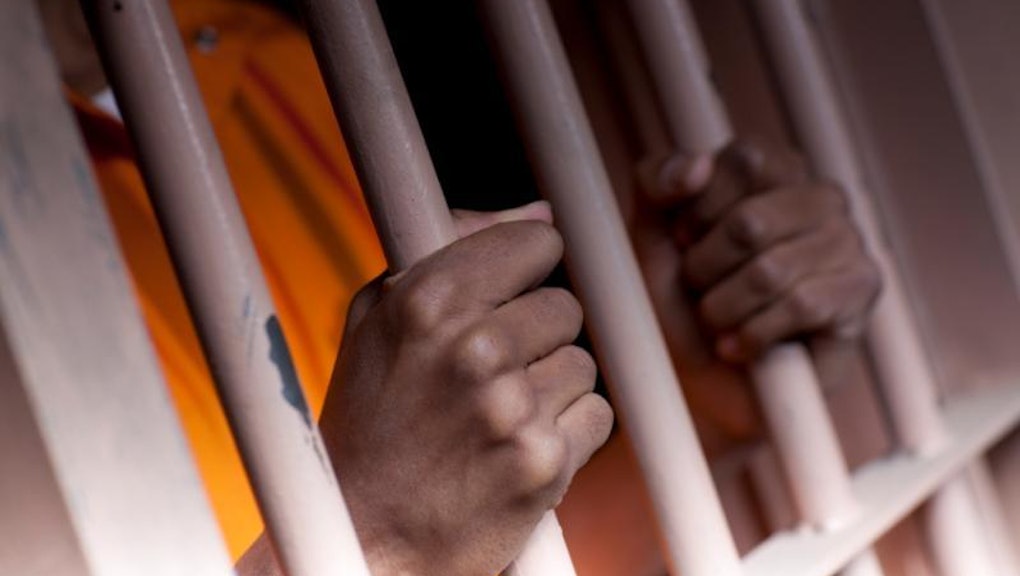 What Obamacare and Our Awful Prison Health System Have in Common

The U.S. has a grotesque problem in its prisons, and the abuses extend into their health care programs. With a prison population of 2.4 million — over four times the number in 1980 — there are obvious health care needs for those incarcerated. But the same problems that plague poorly-incentivized health care systems and lead to abuses like Obamacare exist within the prison system: high costs, massive bureaucracy, and laws that perpetuate the status quo. In order to fix the problems of the prison health care system, one can look at some of Obamacare's failures as examples of ways to curtail human abuses and give the taxpayer more value for their dollar.

Both systems are a drain on the taxpayer and the economy as a whole. Obamacare's price tag has a big asterisk in the top right corner, and the prison system costs taxpayers more than $63 billion each year. Everyone American needs access to health services, but the key difference is the lack of health insurance of the prison population. Instead, the health care delivery system uses conglomerate companies like Corizon Health, Inc. and Wexford Health Sources to facilitate and manage health care delivery.

Corizon was founded in 2011 and is currently the largest prison health care contractor in the country. Corizon just signed a new five-year $1.2 billion contract in the state of Florida. Contracted in 29 states, Corizon has a history of problems ranging from racially skewed choices to numerous lawsuits. Since its founding in 2011, the company has been sued over 660 times, yet posts annual profits of $1.4 billion. In Pennsylvania, the company paid a $1.85 million penalty for "skirting its minority participation requirements by using a passthrough scam." Of the 660 lawsuits, about half remain open. Of those that are closed, 91 ended with confidential settlements.

Wexford Health Sources, which started in 1992, has a similar legal track record with 1,092 malpractice claims from 2008-2012, but a far better reputation. Wexford was recently awarded the American Correctional Association's "Innovation in Corrections Award" for its Restoration to Competency program. The program was designed to reduce costs by treating patients in the jail facility, thereby "reducing costs and eliminating logistical challenges — including transportation and security — associated with sending them to a remote state hospital for treatment."

With Corizon, we see one of the problems with quasi-business government operations. Corizon is the insurance and the contractor. It provides services and insurance, which have a mutually beneficial interest in the company's profits. This parallels how Obamacare subsidizes insurance companies that the White House decries. In both cases, costs will continue to mount as long as there is an increasing bureaucracy and laws enabling it to do so.

Wexford, while not perfect, does provide some useful learning examples. One of the benefits from Wexford's Restore to Competency program was that it focused on the needs of that market. It is much easier to deliver cheaper health care when access, i.e. in the prison, is readily available. Focusing on speedy delivery ensures that patients will get the care they need at the right time, instead of having to wait for a security detail to escort them to a hospital. Plus, having doctors that understand the state of health of individuals at a specific prison will allow for a better doctor-patient relationship. This is something Obamacare will fail at. Much like hospitals, prisons are difficult to build, expensive to maintain and sedentary. Unlike hospitals, doctors can go right to the patient's living quarters, making access much easier and cheaper.

However, the main reasons why Obamacare will never drive down costs is because you are adding millions of people to a service marketplace, but maintaining the same number of service providers. The supply is limited, therefore prices will rise. The same problem has happened with our astounding increase in incarceration numbers. There is one giant fix for this: end the racially skewed War on Drugs. This will decrease the number of people in federal and state prison and their needs for health services and the accompanying abuses. Unfortunately for Obamacare, there is no such silver bullet to accomplish its goals, except the one engraved repeal.