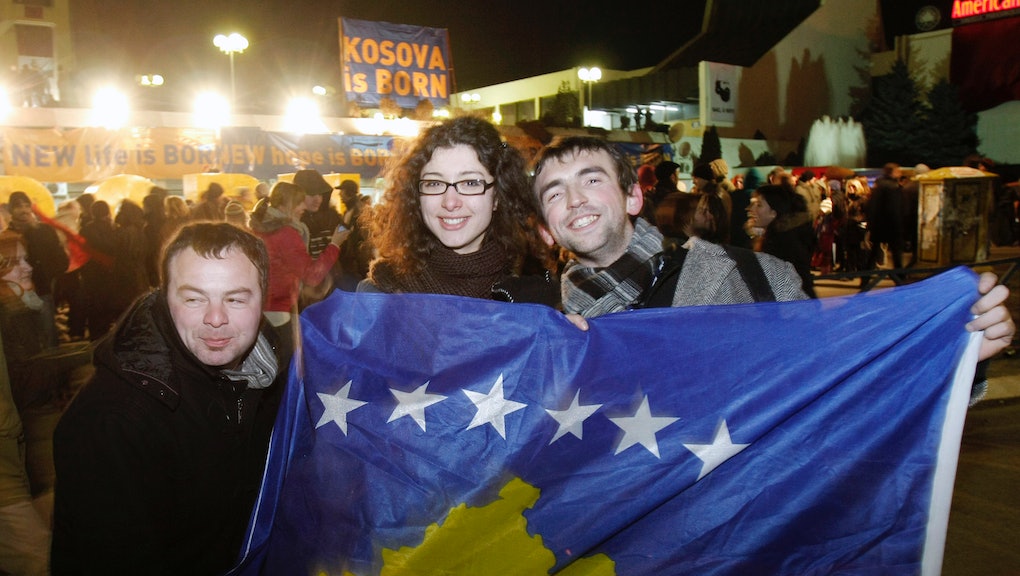 Facebook Does Something That Even the United Nations Can't Do

The news: Facebook has done something that the United Nations and European Union have failed to do: it recognized the Balkan region of Kosovo as its own country. According to the New York Times, Kosovar Facebook users were, until November, restricted to identifying themselves, and the cafes and shops that they frequent, as being in Serbia — the very country that Kosovo fought a war to break away from 15 years ago. Facebook now enables those users to cite Kosovo as their home and check-in location, marking a small step forward for the tiny nation, and its long fight for independence.

The background: Throughout the 20th century, ethnically Albanian Kosovo sought, and attained, varying degrees of autonomy from Yugoslavia and Serbia. While Kosovo attempted to break off from the rest of the Balkans in 1991 after the dissolution of communist Yugoslavia, the region wasn’t recognized as independent in the Dayton Accords that ended the genocidal Yugoslav wars in 1995.

Shortly thereafter, an armed ethnic Albanian group called the Kosovo Liberation Army began wide recruitment efforts, and launched attacks against the Serbian government, culminating in 1998’s Kosovo War. The fighting quickly devolved into atrocities, including civilian massacres and an ethnic cleansing campaign led by then Yugoslav President Slobodan Milosevic, who would later die while being tried for war crimes. A three-month NATO bombing campaign helped bring the conflict to an end in 1999.

Kosovo hasn’t been governed by Serbia since; it was administered by the United Nations from June 1999 until February 2008, when it declared independence. Its sovereignty is now recognized by over 100 countries, as can be seen in the map below.

However, Russia, a staunch ally of Serbia and the holder of a Security Council veto, has blocked the territory’s recognition by the United Nations to date. While Kosovo and Serbia have agreed to normalize relations ahead of talks with the European Union, the UN is unlikely to affirm Kosovo’s independence anytime soon.

The takeaway: While Facebook’s move comes in response to a concerted, Pristina-backed digital effort toward online recognition of Kosovo, the social media giant was quick to state that, “Companies have clearly no role to play in the formal recognition of countries as this is a matter for the international community to decide.” (For what it’s worth, Facebook also acknowledges South Sudan, South Ossetia, and Palestine.)

Even so, Facebook’s acknowledgment of Kosovo may be emblematic of, and contribute to, public opinion in favor of the region’s independence. If nothing else, it serves as confirmation that while Moscow may be able to eliminate Kosovo from the Miss Universe pageant, it cannot stamp the region out of the online world.