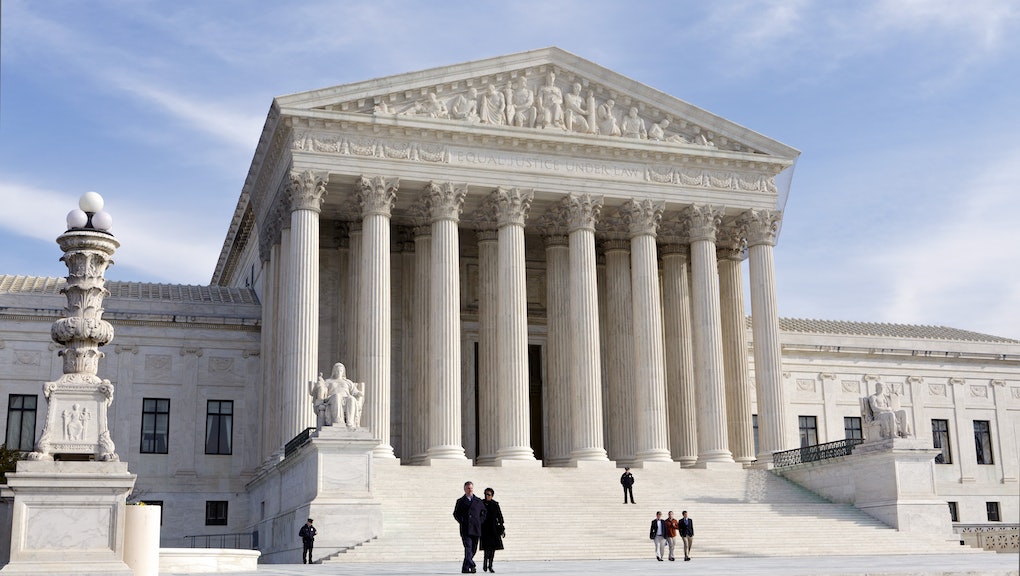 The news: Yesterday, a federal judge ruled the National Security Agency’s collection and monitoring of Americans’ telephone records is likely unconstitutional. It’s a pretty big deal, considering it is the first major legal blow to the NSA’s spying since Edward Snowden leaked the classified documents, revealing the spy programs earlier this year.

But U.S. District Judge Richard J. Leon, who made Monday’s decision, probably isn’t alone in his legal thinking. The successful lawsuit brought by Larry Klayman was just one of many filed against the NSA’s surveillance, including another notable suit brought by the American Civil Liberties Union. The judge in that case seems also likely to rule against the constitutionality of the NSA’s phone record collection.

U.S. District Judge William Pauley, like Leon, is "very skeptical" of the legal standing for the NSA’s surveillance operations. Both judges look back to the 1979 Supreme Court Case Smith v. Maryland, which the federal government uses to defend the NSA’s activity and question whether it is too far out of date to be relevant now.

In his ruling, Leon pointed out that the technology available 34 years ago, when Smith v. Maryland was decided, “paled in comparison to the technology the NSA has at its disposal.” Pauley seems as if he agrees with this line of thinking, as the plaintiffs from the ACLU are optimistic for a ruling in their favor.

Why this matters: The ruling yesterday, coupled with the upcoming decision in the ACLU suit, indicate that the NSA’s surveillance programs are likely headed to the Supreme Court of the United States.

In Monday's ruling, Leon granted a stay on his decision, pending appeal. Which means the NSA may continue its current operations until a decision from an appeals court. But even that won't be the end of it.

Stephen Vladeck, a national security law expert at American University law school, described Monday's ruling as "the opening salvo in a very long story," with an end point at the Supreme Court.

Chief Justice John Roberts and the rest of the justices are going to get a crack at deciding whether or not the federal government is allowed to collect and analyze the metadata of Americans’ telephone records. The question is whether the Court will ground its ruling in the precedent of Smith v. Maryland, or a more recent case like U.S. v. Jones, one that limited police use of GPS tracking. If they take anything from Leon's ruling, it could be (and probably should be) this: "When do present day circumstances … become so thoroughly unlike those considered by the Supreme Court thirty-four years ago that a precedent like Smith simply does not apply? The answer, unfortunately for the government, is now."

The argument that today's technology renders the Smith precedent completely useless is a persuasive one – and one that is particularly damning for the federal government.

For now, it seems as if the legal furor over the NSA's surveillance programs is just heating up. Leon's ruling kick-started the ordeal, which the plaintiff Klayman called the "biggest ruling in the history of government litigation," and the ACLU decision is likely to follow suit. Like the Affordable Care Act, the NSA is going to have a turbulent road to the Supreme Court. And like the ACA ruling, the Court has a chance to fundamentally change the way the federal government operates.