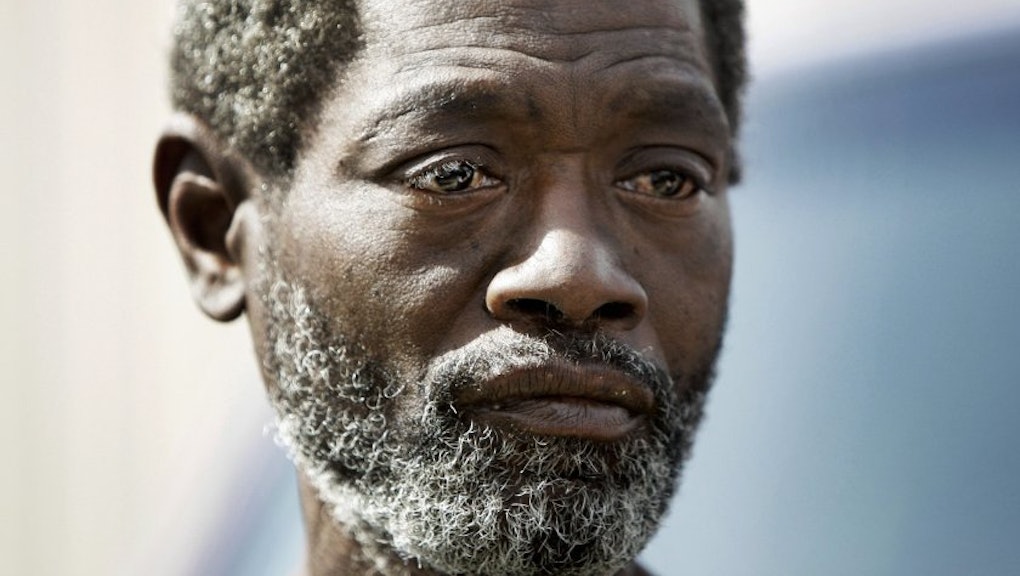 6 Prison Stories Reveal How Flawed Our Justice System Really is

After 14 years on Florida's death row, Frank Lee Smith died of cancer in January 2000, before he was exonerated of rape and murder. The DNA results not only cleared Smith of the crime, but also identified the true perpetrator, Eddie Lee Mosley.

According to the Innocence Project, 311 people in U.S. history, 18 of whom were sentenced to the death penalty, have been freed after DNA evidence proved them innocent. The average DNA exoneree has served 13.6 years behind bars.

In 2013, nine men were exonerated. Flawed eyewitness testimony is a factor in 76% of wrongful convictions. False confessions play a role in a quarter of them.

DNA testing is not always an option. First, biological evidence — hair, blood, semen, or saliva — must be present and preserved. In 90-95% of major felonies, it's not. If it is, either prosecutors must consent to have the testing done, or the court must order it. In 19% of cases, this doesn't happen. Lastly, the testing must yield a conclusive result, an outcome reached in fewer than 20% of cases.

Some of the following men spent many, many years behind bars before they were exonerated.

Some never lived to see their innocence proved.

Wiley Fountain spent 15 years in prison for a 1986 rape for which he was wrongly convicted following a flawed photo lineup.

The Dallas Morning News examined his case and wrote, "He was the only man wearing a dark baseball cap and light-colored warm-up suit, similar to what the attacker had on. He fit the rapist's description 'to a T,' a Dallas police officer later testified. The victim was sure. Prosecutors believed her. So did the jury. But all of them were wrong."

DNA testing proved Fountain's innocence in 2002 and he was exonerated in March of 2003.

In 2008, CNN reported, "Wiley Fountain is homeless just five years after he walked out of prison an innocent man ... For awhile, Fountain wandered the streets of Dallas, looking for aluminum cans to trade in for cash. He earned the occasional meal by cleaning the parking lot of a restaurant. At night he had nowhere to go. Now he's nowhere to be found. Just as the headlines of his release vanished from the front pages of the newspaper, Fountain, 51, has disappeared. And so have his hopes for a fresh start after spending 15 years in prison for an aggravated sexual assault he did not commit."

Texas Monthly ran a November 2012 investigative report on Morton's case. "On August 13, 1986," journalist Pamela Colloff wrote, "Michael Morton came home to discover that his wife had been brutally murdered in their bed. His nightmare had only begun."

"When the guilty verdict was read, Michael's legs buckled beneath him." He was sentenced to life in prison. Morton spent 24 years wrongfully behind bars before DNA testing connected another man to the crime.

The Houston Chronicle wrote, "For years, Williamson County had denied Morton's request to have the evidence in his case tested. Finally on Jan. 8, 2010, Morton was successful in getting investigators to perform DNA testing on the bandana found near the crime scene. The results showed that the DNA sample belonged to a convicted felon in California who had been in Texas during Christine Morton’s murder."

Larry Peterson spent nearly two decades in prison for the rape and murder of 25-year-old Jacqueline Harrison in 1989. In July 2005, six months after the first DNA results were released, the judge on the case vacated Peterson's conviction.

But NPR reported that two years after his release, he was unemployed and was only beginning the long battle for restitution for his time in prison.

Thibodeaux was working as a deckhand on a Mississippi River workboat when he was convicted of raping and murdering his 14-year-old cousin. According to a Washington Post investigation, he "cracked at the end of a nine-hour interrogation and confessed ... 'I didn’t know that I had done it,' Thibodeaux said at one point, according to a police transcript. 'But I done it.'"

He spent 15 years in solitary confinement on Louisiana's death row before DNA evidence exonerated him in 2012.

He was the 300th wrongly convicted person and 18th death row inmate exonerated in the U.S. based on DNA evidence.

Dennis Williams was convicted in Illinois in 1978 and sentenced to death.

A young couple had been murdered in an abandoned house. Williams lived in the neighborhood where the couple was found, and was seen on the street the night of the crime.

This is an amazing story: A group of journalism students at Northwestern took up the case in 1996. They came across a tip from a witness that the police never investigated, and looked into it because of the students' urging.

Williams was cleared through DNA and released in 1996. He'd spent a total of over 17 years in prison and death row.

In 1999, Cook County settled lawsuits filed by Williams and the three others convicted of the crime for $36 million, the largest civil rights payment in U.S. history. Dennis said that he would give all that money back in a heartbeat if he could have those 18 years of his life back.

He'd barely been a free man for six years when his fiancée found him dead in their home.

On Dec. 7, 1989, Texas executed Carlos DeLuna. He'd been convicted for stabbing and killing Wanda Lopez during a robbery in Corpus Christi.

There were always doubts about DeLuna's guilt in the case. Andrew Cohen of The Atlantic wrote, "The DeLuna case was flawed at virtually every level" and that "his case reminds us of the glaring flaws with capital punishment." He continued, "On the day, sooner than you think, when the United States Supreme Court again outlaws the death penalty, the justices will almost certainly cited the DeLuna case as one of the prime reasons why."

A May 2012 investigation published by the Columbia Human Rights Law Review strengthened claims of innocence by detailing a large amount of evidence suggesting the actual murderer was Carlos Hernandez, a similar-looking man who lived nearby.

The prosecutor never returned evidence with DNA that could have freed DeLuna.