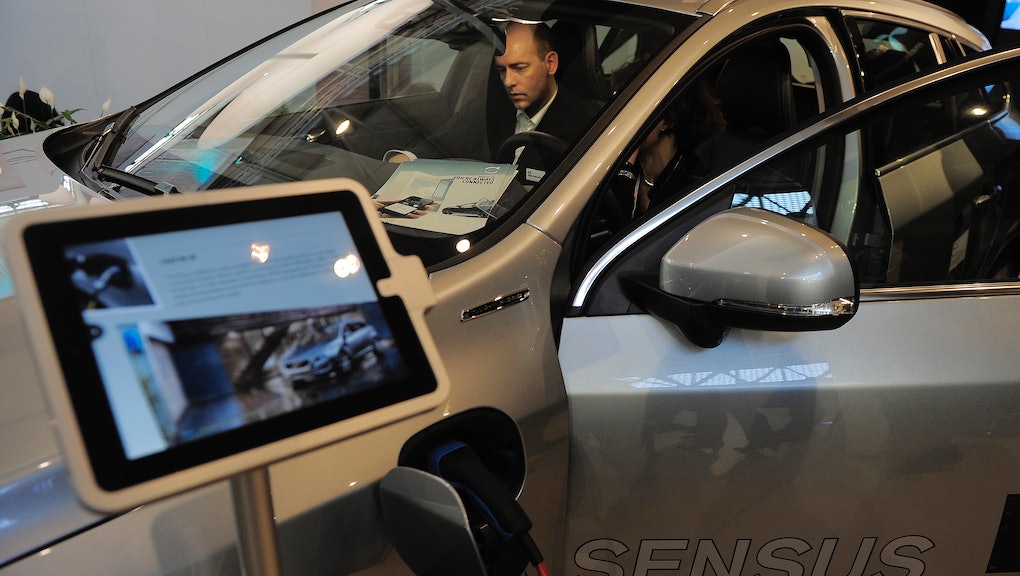 What is the "Internet Of Things?"

The news: According to Quartz's Christopher Mims, 2014 is finally going to be the year of the "internet of things," or the point at which all kinds of objects that didn't formerly have internet connections (like your fridge or light switches or dog) are going to start having them built into them as part of a default assembly.

According to Smartthings CEO Alex Hawkinson, "A lot of these wireless technologies for connecting things have gotten cheap, reliable and low power enough. Now, the cost of adding connectivity [to an everyday device] is less than $5, and [these processors and radios] can work on batteries for more than a year ... Our vision is, when we solve a discrete life problem for a couple hundred bucks, were then making it easy for you to discover what else [in the internet of things] matters to you."

The examples Mims cites include lightbulbs controlled by smartphones, anti-burglary sensors that can tell when someone's home without requiring a security service, and Toymail, a super-cute toy that connects to the internet and relays messages back and forth between parents and toddlers.

But there's also more onerous implications: think cars that communicate with roadside sensors to automatically ticket you when you go over the speed limit, or ads that get texted to you when you walk near a store.

Why 2014? Mims says that 2014 will see "the convergence of ever-smarter smartphones and connected 'things' that are cheaper and easier to use." And the future application of the technology is clear: anticipatory computing, where these interconnected devices work together in all kinds of unimaginable ways to seamlessly integrate themselves into your world and anticipate your needs. This could be anything as simple as your fridge sensing the milk has spoiled and sending you a reminder to pick some up the next time you're at a grocery store to, as Mims writes, sensors and Facebook plugins that judge your emotional state and alert friends if something has gone wrong.

According to Cisco Technology executive Padmasree Warrior, the next few years will be critical: "In 1984, there were 1000 connected devices. That number rose up to reach a million devices in 1992, and reached a billion devices in 2008. Our estimates say ... that we will have roughly 50 billion connected devices by the year 2020. That number is going to really accelerate over the next several years. Despite the fact, we estimate that only one percent of things that could have an IP address do have an IP address today, so we like to say that 99 percent of the world is still asleep.

"It’s up to our imaginations to figure out what will happen when the 99 percent wakes up."

But should we want it? Corporations and technology evangelists approach the world as a discrete set of problems that can be solved in maximally efficient, convenient ways, and these successes will come with a variety of trade-offs. In these hyper-connected systems, the gatekeepers hold all the power. How comfortable would consumers be, for example, with granting Google and Facebook access to minute details of their day-to-day interactions with everyday objects? How secure will these systems be from prying eyes? And will linking everything into the cloud simplify our daily lives, or just be an excuse to sell us stuff? In a world increasingly controlled by technology, does the power of the individual diminish before the power of the corporations making it - or will interconnected devices help level the playing field?

But it's pretty wishful thinking to believe that it's not going to happen anyways. The one real technical barrier left is the lack of a universal language which can be coded among an array of internet-capable "things" (think HTML for browsers - how will your fridge talk to your car?), and there's too much money to be made. So within a couple of decades, we'll know the answers to many of these big questions. Better keep your fingers crossed.