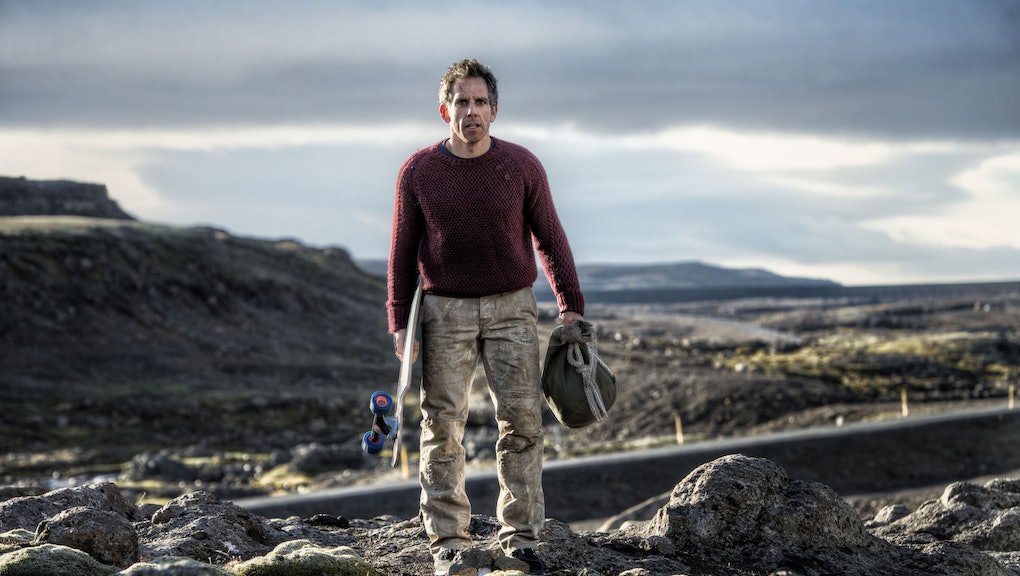 Beautiful Photos Of All the Places Walter Mitty Visits

Unless you're one of those people who have the kind of charmed life that lets them jet to distant lands on a whim, we have all been Walter Mitty. Especially if you're a millennial. We're all in the early days of our careers, working long hours at (often mindless) tasks chasing that ever-elusive "experience" employers want us to have. There's a good chance you are at your desk right now taking a break from filing to read this, and, even while you are working today, holiday visions will flash through your head.

That sense of wanting more — of wanting to break free from your cubicle-dwelling workweek to something more exciting — is the spirit of The Secret Life of Walter Mitty. Opening in the U.S. on Christmas Day, Walter Mitty, based on a short story published in 1939, is about a man with a boring life who dreams of something more. Literally, he dreams. Walter often zones out and gets lost in daydreams of adventure and daring rescues while toiling away at Life Magazine. But when the photo negative for the cover of the magazine's final issue goes missing, he finally embarks on an expedition like he's been imagining.

Hopefully you are already enjoying time off for the holidays. But, if you are stuck at your job, or you just need a virtual vacation from your family, enjoy this tour through the real-life beauty of the places Walter visits on his quest.

Walter begins his journey from the Life Magazine office in the City That Never Sleeps. For a 20-something looking to get away, New York City is the perfect destination, unless, of course, you live there in which case there is no escape.

Next on his journey, Walter goes to Nuuk, Greenland. Ice-covered Greenland probably isn't what millennials would call a vacation hot spot, but it looks about as good in real life as it does on film.

During his trip to Iceland, Walter visits Eyjafjallajokull, the volcano that erupted in 2010, leaving a giant ash cloud that heavily impacted air traffic. Though his journey to Iceland is a bit more exciting than you might reasonably expect, Iceland is a great and only marginally boring vacation spot for history lovers. It has the world's oldest functioning legislative body, and Reykjavík has been named a UNESCO City of Literature. To truly have the Walter Mitty Iceland experience, you can take a tour of the film's locations around the island.

All other photos courtesy Moyan Brenn

Walter stops in Yemen in order to get to his next, more central destination. He jokes that he went through Yemen because of cheap airfares, but that's not really sufficient reasoning in the real world. According to the less-fictional U.S. Department of State, Yemen may welcome you with "terrorist activities and civil unrest." It's a beautiful country, but unless things settle down, direct your wanderlust elsewhere.

Walter eventually ends his adventure in Afghanistan, which he made it through with the help of two guides. Though the country is still war-torn, it is totally beautiful. The Department of State urges travelers to avoid all provinces of the country due to kidnappings and insurgent attacks against Americans.