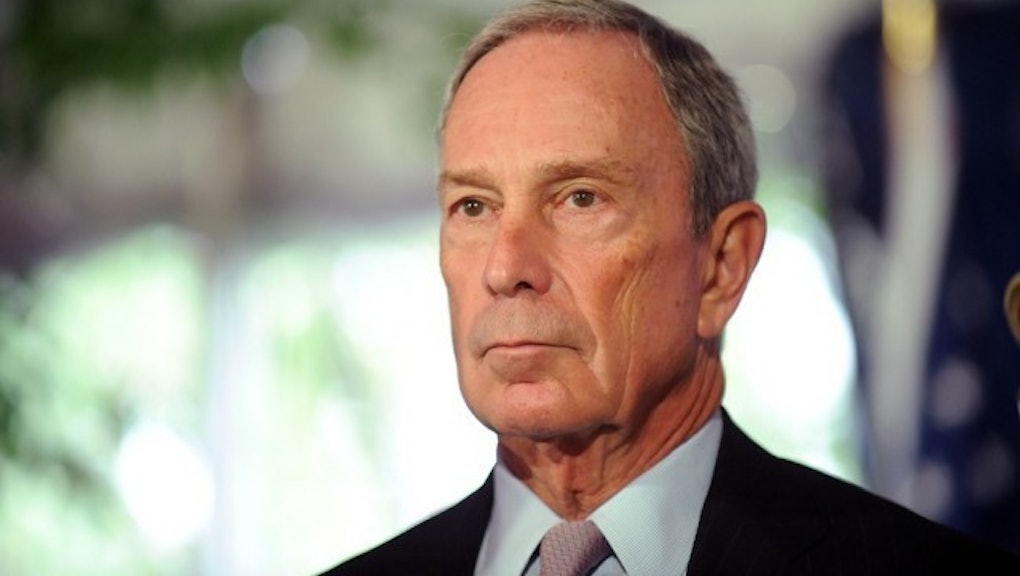 The Good, the Bad, and the Ugly Of Bloomberg's 12 Years in Office

We haven't always seen eye to eye, but as your tenure as mayor is over, one thing is clear: you have left an indelible mark on New York City for which I am ultimately grateful. I would like to offer my sincerest thanks for all of the things you've given New Yorkers over the last 12 years — the good, the bad, and the ugly.

Under your stewardship our public spaces flourished; we have you to thank for development along the waterfront, on Governor's Island, at Washington Square Park, and countless other revitalization efforts. I do not have sufficiently glowing words to thank you for our beloved High Line.

You were the Robert Moses of public transportation and sustainability, making more room for buses on our streets while discouraging car traffic with price hikes for tolls and parking. You made the subway safer and biking easier, and you championed environmentally-conscious development.

Thank you for the economic policies that helped cushion the city during the recession, for reminding us that city schools are not a lost cause, and for helping us rebuild after both 9/11 and Hurricane Sandy.

These things would have made you a great mayor, but this wasn't all. In 2008, you decided that eight years wasn't enough. You orchestrated a legislative change to get yourself a shot at four more. If a national leader in South America or the Middle East had done the same thing, we would have branded him a dangerous dictator, but all you got was a bunch of New Yorkers thinking, "What the…?" You were elected again by a narrow margin after spending $102 million on your campaign.

In your third term, you embarked on a public health campaign that won you a spot in Wikipedia's entry for "Nanny State." You banned smoking in places where I enjoyed having cigarettes now and then, and you tried to do the same with large soft drinks. You made us think hard about the line between protecting the public interest and infringing on personal choice.

If you tried to parent us with the smoking ban, your response to Occupy Wall Street was akin to corporal punishment. Your wildly over-reaching and discriminatory surveillance of Muslim student groups made our Muslim neighbors feel unsafe in their communities. You reminded us that our civil liberties aren't as ironclad as we might think.

You touted stop-and-frisk as a proud part of your crime-reduction legacy, ignoring everyone who pointed out its racist underpinnings, and the data disproving its usefulness. You brushed off criticism surrounding income disparity, rising poverty levels, and homelessness. You told us that if we don't pay a high income and property tax rates, we don't matter.

These less flattering bits of your legacy paved the way for the election of Bill de Blasio. New York couldn't have done it without you. The way you got your third term and the aforementioned ugliness showed us we are in desperate need of new leadership. We need a mayor who serves the interests of low-income residents as much as big business, who makes the city as safe for young people of color as it does for those on Wall Street, and who furthers public health and safety without being condescending. Bill de Blasio was elected to be that leader.

He has big shoes to fill as your successor, and he will be measured by both the degree to which he sustains the tremendous progress you made and how well he cleans up the messes you left behind. It will not be easy, but it is what New York needs, and were it not for you, we might not have realized that.

So thank you, Mayor Bloomberg. Thank you for everything.