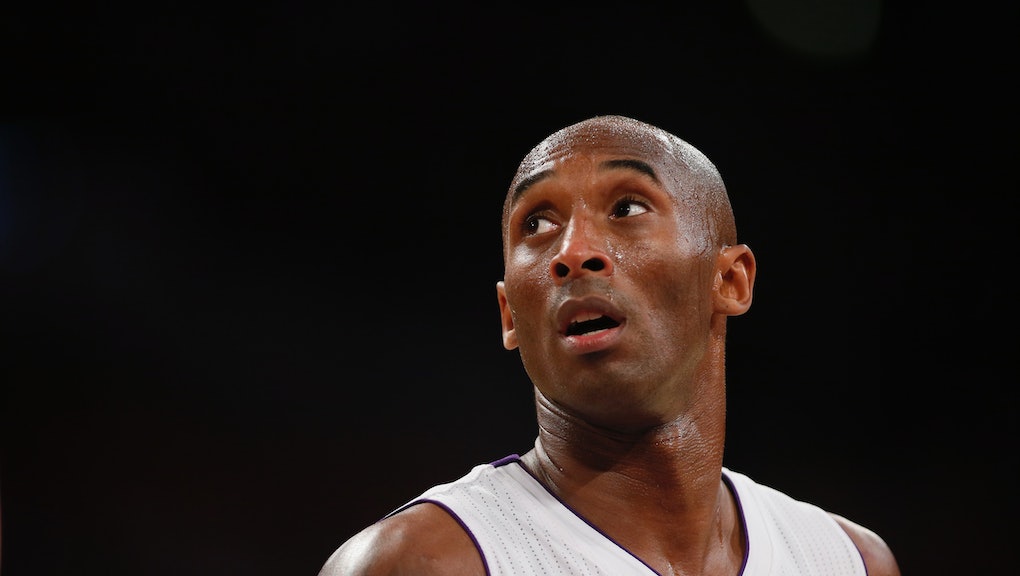 Which Of These Fabulously Wealthy Celebrities is Most in Touch With Black America?

Who's more "in-touch" with the average black American: a multi-millionaire NBA player, or the NFL player-turned-movie-star who criticizes him?

This question underlies a recent spat between L.A. Lakers guard Kobe Bryant and football legend Jim Brown, who played for the Cleveland Browns back in ye olden days. It started when Brown called Kobe out on the Arsenio Hall Show:

Critics and commentators have tried explaining the roots of this conflict, and most agree that Brown doesn't see Kobe as a socially-conscious black man. This is unsurprising: Brown has been an activist since the Civil Rights era, and has always spoken out against pro athletes who (he thinks) fail to use their influence to advance social justice causes.

Kobe, on the other hand, is cut from a different cloth: born 20 years after the Civil Rights heyday and raised partly in Italy, where his father played professional hoops, his involvement with social causes is largely philanthropic and racially non-specific. Responding to Brown's comments, Bryant said: "What I'm trying to do is educate our youth going forward, no matter what color skin you are, African American, white, whatever the case may be."

But there's more to this than meets the eye. As we can see, this was not just a disagreement about social consciousness — Brown straight up questioned Kobe's legitimacy as a black American. "He's a little confused about culture, because he was raised elsewhere," Brown said of Bryant. For him, it appears Kobe's part-Italian upbringing excludes him from the "authentic" African-American experience.

This is an old tactic, if you think about it. Black celebrities have long used claims to "realness" or connection to the "black community" to legitimize themselves and shame their opponents. Ex-NBA player Jalen Rose did it when he explained his distaste for Grant Hill by calling him an "Uncle Tom." Rappers do it all the time when they call their rivals "Hollywood," while claiming that fame and money can't change them. It's how they stay "true" to their blackness, the feature that's unavoidably defined their entire lives. But it's also a paradox: change is inevitable, especially with fame and money involved. So, if your claim to "real" blackness relies on your identifying with poor or working class black Americans, then how are you still "black" once you make your first million?

With this in mind, Brown's claim to "authentic" black culture, and Kobe's Twitter response that his "global" upbringing doesn't exclude him from that culture, both miss a crucial point: Both men are uncommonly privileged. Their celebrity doesn't make them any less black, of course, but it does mean they face a different set of #BlackPeopleStruggles than the rest of us. When's the last time Kobe got arrested trying to cop a Barney's belt? When's the last time Jim Brown got turned away at the voting booth?

So while I applaud Brown's activism and willingness to take celebrities to task, I can't help but question his Kobe beef (see what I did there?). For example, by making this conversation so public, these athletes have drawn responses from the likes of white ESPN commentator Skip Bayless, who applauded Kobe's "classy" response. Whether one agrees with Bayless or not, I wonder whether the mainstream media really should be weighing in on this issue: non-black people have overwhelmingly defined what it means to be black for far too long, and the outcome has rarely been positive.

In the end, the question of whether Jim Brown is "blacker" or more "in touch" than Kobe Bryant is irrelevant. Brown has clearly demonstrated a greater social consciousness, but the fact remains that both are famous dudes with money, which makes them anything but average. They might not be the best pair to represent the public face of this conversation.

I know I don't want them speaking for me.